Just when you thought they were done with The Woolies Strike Back, Accolade returns with another entry into the massively (debatably) successful franchise that is Bubsy. Bubsy the Bobcat, for those who don’t know, was at one point a forgotten mascot from that era of gaming which introduced us to Gex the Gecko and Crash Bandicoot. Bubsy, who’s special abilities ranged from floating, running, and pun-making, came back into the spotlight with, as mentioned above, a new game titled; The Woolies Strike Back. Now, he returns to us once again in the new Choice Provisions developed titled; Paws on Fire! Which I’m vaguely certain is reference to the Rocky IV song “Hearts on Fire”, couldn’t tell you for sure.

So right away, we see two things about Paws on Fire! that you can bet your ass were written on the back of the case as selling features. One, it has multiple characters with varying abilities for you to utilize. And two, it includes several levels and challenges for you to complete. Here’s where these two things fall apart. One, there are three characters in total and their abilities are minimally different at best. And two, each level and challenge has to be completed with each of the characters! So it stops becoming a fun challenge quickly and starts to become a tedious grind just as quick. 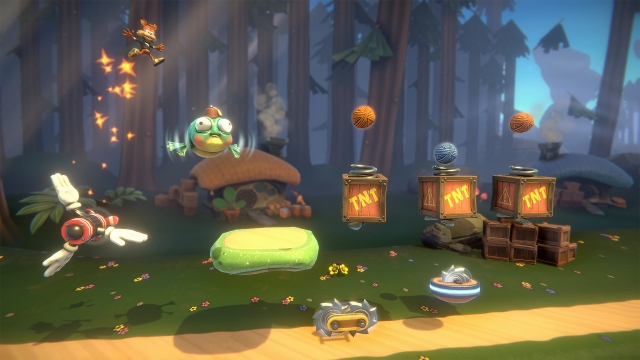 As I'm sure you would've guessed from the opening paragraphs, I didn’t exactly have the best time with Bubsy: Paws on Fire! However, I will say that although I didn't have the best time with it, it is entertaining. Being an auto-runner, some might feel that the game is a bit low effort. Though that may be true from a gameplay standpoint, the design surrounding the gameplay is quite good. The levels are fast-paced and dying doesn’t take forever, Bubsy quotes aren’t irritating to listen to because there are two other characters, and the look of each level is pleasant enough that it doesn’t feel like you’re playing the last level but back to front.

Honestly, this is a title that borders on such a line between good and bad that it’s hard to determine whether it’s worth playing through. There are a lot of levels, yes, but most of them you’ll probably forget after you play them. There are various characters, but the chances you’ll enjoying playing as all three over and over is iffy. There is a variation between side-scrolling levels and ship-based levels where you get to fly a little spaceship, but it’s two variations where there could’ve been a lot more. These things work on a budget though. 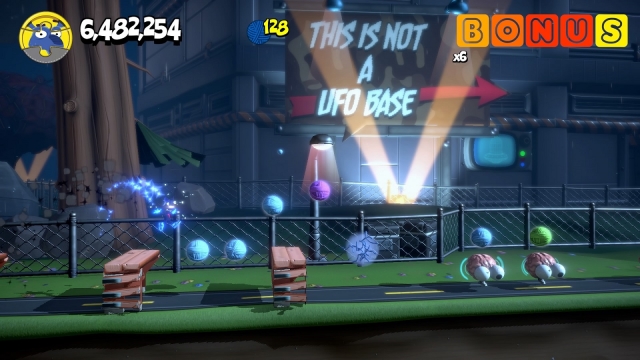 Also, weirdly, another point worth addressing is the story aspect that feels about as well implemented as a square tire. Did Bubsy have a story? I know I should’ve done my research beforehand but still. All I remember from the older games is that “evil is afoot and Bubsy must stop it.” So when Paws on Fire! comes at me like; “Oh by the by, Bubsy’s an uncle. And there are new characters. And there’s these villains that are trying to take over Bubsy’s world.” I’m like; “Did I turn two pages at once here?” Not that it’s bad mind you, just really, really jarring.

So, with these aspects on the forefront of the brain, is Bubsy: Paws on Fire! worth picking up? Ehhhh. Like, if you can find it on sale, and you’re interested enough, I’d say go for it. It’s not a bad experience, it’s just kind of there. All of the variation feels pretty hollow, for sure, but the design of the game compliments what that variation lacks. All in all, it’s a pretty standard auto-runner that also just happens to have Bubsy in it… as well as a story. Up to you.

All of the variation feels pretty hollow, for sure, but the design of the game compliments what that variation lacks. All in all, it’s a pretty standard auto-runner that also just happens to have Bubsy in it