It was pretty clear from the first reveal trailer that this wasn't going to be Call of Dutys
year. The once great powerhouse of first person shooters has been kicked to the ground and beaten by the barrage of thumb downs on YouTube. But furthermore, the newest entry not only took Call of Duty beyond the jumping of the shark but also held a remastered version of one of the most beloved Call of Dutys in the franchise for ransom by offering it only as part of a Legacy Edition. It's deceitful and anti-consumer, and clearly shows that Activision's marketing knows how to toy with players nostalgia, but let's put that aside, as we're here to talk about the black sheep that is Call of Duty: Infinite Warfare.

Let's begin by saying that this review is long overdue, we know. Here at GameGrin we reviewed both this year's competitors Battlefield 1 and Titanfall 2 within their respective releases, but only till now we review Infinite Warfare. The truth is: no-one was interested.

With last year being so jam-packed towards the end it was difficult to find the time or more so, the right person to review it. Plus, with the Legacy Edition - the version everyone bought only to get MW: Remastered - it simply wasn't worth buying especially at its steep price tag of £74.99. It wasn't till abysmal sales (in Activision’s eyes), with 50% less than last year's Black Ops 3, that a price drop was inevitable, and Infinite Warfare is perhaps now the fastest dropping in price Call of Duty to date.

So why now, two months after release? Well, after hearing a lot of praise towards the campaign and being part of the problem being a prolific Call of Duty player since the days of CoD1, I've always had a guilty soft spot for the franchise. Now, however, the fatigue has truly set in and like many exhausted by the franchise it’s likely this release is my last foray into the series and as a send off I decided to review it. 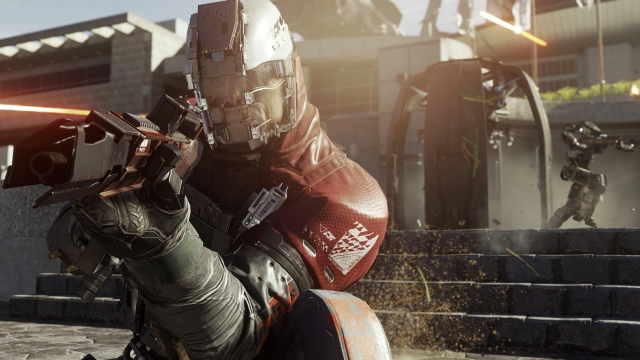 Infinite Warfare takes you away from the comforts of Earth and into Space for the better or worse. Set in the not too distant future, Earth's resources have been depleted and instead of going green, nations of the world form the UNSA (United Nations Space Alliance) building colonies in the solar system to mine resources from planets. All is going peacefully till a radical militant group known as the SDF (Settlement Defense Force), lead by "You know nothing, Jon Snow" Kit Harrington, goes and spoils a rather flashy starship parade and decides to attack Earth head-on.

Taking the role of Commander Shepard Reyes, you fight your way through the onslaught of killer robots to your spacecraft known as a jackal, and head off into space. This is where you're introduced to the new space combat, which feels and plays very much like an arcadey space simulator, it's not as advanced as say Elite Dangerous, but adequate enough that you can naturally pick up and fly around with.

With SDF held back for now, it was not just world war that was declared, it's planetary war orspace war - however, you want to put it. On board the warship Retribution, Reyes discovers the Captain is dead and the highest commanding officer left is him. So now, it's your space duty as Captain Reyes to fight back the SDF and stop them from taking over the solar system and destroying Earth. 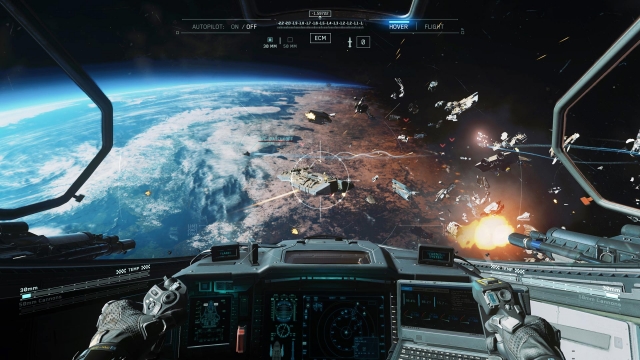 It's full of melodrama, but not terrible, and for the first time in a long while has likable
characters. You've got your trusted wingman, Lieutenant Slater - who joins you through on missions on the ground and in space and is your closest ally. Staff Sergeant Omar, an oorah British marine who is the embodiment of what everyone is thinking about the franchise; hates technology and prefers to doing things old-fashioned. And finally the best character: Ethan, the robot. A chappie like machine, that's not only programmed to kill, but also care. Many don't take too kindly to him, but with programmed human emotions, 90% of the dialogue is either comic relief or sarcasm, which doesn't tire. He's a robot, so what's not to hate.

The campaign is spread across the solar system, and once you're past the linear opening missions you'll have free reign to walk around and choose missions from the bridge. Beside the main mission, you are encouraged to venture out and complete either a Jackal Strike or Ship Assault. The Jackal missions have you cruise around destroying enemies crafts or protecting an allied station in need. The ship assault missions have you infiltrate an enemy ship and either take it over by killing the commander or destroy it. These are your basic point to point Call of Duty missions. Combat still feels the same in deep space as it would on ground, but you can float up and down, spin around in multiple directions and give yourself nausea while you're at it, still it's badass to use your grappling hook to snap the necks of dragged in enemies. Both side missions offer weapon upgrades for yourself and your Jackal, and each mission features multiple objectives and a Most Wanted target - who appear as either an Elite Soldier or Ace Pilot. Bonuses are provided if you take them out, and also build up your success rating for future missions so playing them is encouraged.

With the boundaries of Earth removed, you get to explore other planets within the solar system both on the ground and among the stars. Many planets have been terraformed giving an Earth-like appearance. Still, from the rings of Saturn in the distance, the desolate red planet of Mars to the frozen landscape of Venus, it can be visually striking but can be at times, neglected by how much time you spend inside stations.

While the campaign is a genuinely fresh take on pushing the boundaries of the series, making it perhaps best campaign since Black Ops 2 and breaking itself away from the long-trend of linear campaigns of before. The same can't be said for the multiplayer, and this is where it becomes a parody of itself.

A long-running joke with the Call of Duty franchise is that it's just a reskin each year, and while that is somewhat true in the visuals, each game still maintained its own identity. Infinite Warfare, however, is quite literally a copy last year's entry, Black Ops 3. There isn't anything different about the gameplay, the create-a-class system, and specialists (now called rigs). Yet, despite copying Black Ops 3's multiplayer design, Infinite Warfare somehow makes it worse. This makes Infinite Warfare's multiplayer the most joyless, lifeless multiplayer experience to date. 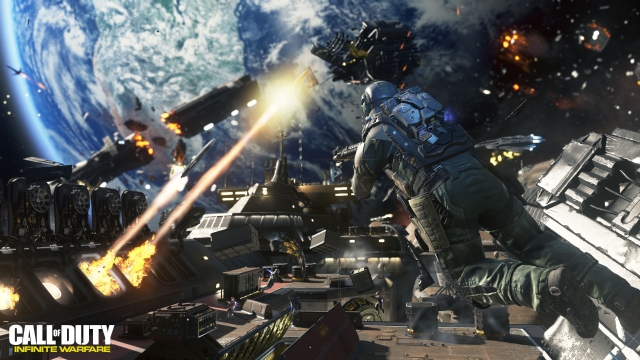 You play a variety of game modes, shooting at an opposing team to win or capturing objectives. Couldn't be simpler than that. The problem with Infinite Warfare is that there's such a huge tacked-on feel to it. Since it uses the Black Ops 3's movement system, you can wall-run, slide and boost jump. It doesn’t work for Infinite Warfare as it feels too grounded, and while it's not a bad thing, it leaves the gameplay experience muddled and confused, like it doesn't know what it's trying to be. The maps that take advantage of the wall running feel like an afterthought - with lazily placed shortcuts or areas with risks of falling to your death. And the Rigs, well, during my time, I honestly forgot about them and just played as the starter rig.

Things are further worsened by the most intrusive, frustrating and damaging system introduced to the series; the supply drops and weapon variants. Requiring collectible salvage, It simply relishes on the addictive nature of players allowing them to grind away at fruitless, shallow-rewarding supply drops for that ever glimmer of unlocking a weapon variant; that's not totally pay to win, but really is. We've seen supply drops before starting with Advance Warfare that, while still entirely luck based, was free for all and everyone had equal opportunity to get the rewards. Black Ops 3 introduced the version we see here and Infinite Warfare just makes it worse.

Included is also there series stapled zombies mode, an addition unlikely to go away. Called Zombies in Spaceland, it’s a parody of 80’s pop culture and plays just as you would expect, so fans who know their way around Call of Duty Zombies will have a fun time playing, I though didn’t really play as I wasn't that much interested.

As a whole package, all the praise should be going toward the single player experience, and I'd never thought I'd say that about a Call of Duty game in a long time. But in all honestly, it’s true. It's an enjoyable, frantic space adventure and genuinely has some new ideas on changing the core game design. Trouble is: people’s opinion with the franchise has always been based around the multiplayer, but when that makes for an incredibly mundane and subpar experience that almost parodies itself, it makes it very difficult to recommend the game as a whole. So by the end, Call of Duty: Infinite Warfare will be remembered as another failed entry from Infinity Ward and be known as that one Call of Duty in space.

As a whole package, all the praise should be going toward the single player experience, and I'd never thought I'd say that about a Call of Duty game in a long time. But in all honestly, it’s true. As for the multiplayer, it makes for an incredibly mundane and subpar experience that almost parodies itself. Completely making it very difficult to recommend the game as a whole. 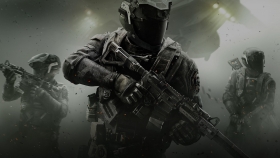