I’m not sure what is about battle royale games that have me so interested in trying every single one I possibly can. For me, it started with PUBG, and now there have been an abundance of different takes that it’s starting to make the genre feel saturated. Nowadays, my go-to is Apex Legends, I love how fast-paced the matches feel with only 66 people as opposed to the usual 100 and the heroes/abilities give it the Overwatch vibe I really enjoy.
Now, there is another new free-to-play option for many gamers and it’s from the biggest player in the first-person genre: Call of Duty (CoD). This isn’t the first time CoD has done battle royale though, they first took a shot at it with Black Ops IIII, replacing the traditional campaign. I’ve played that one as well and I wasn’t a fan, it felt more of a tacked-on experience and the endgame strategy was to toss as many flashbangs as possible which got tiresome rather quickly.

Call of Duty wants to take another shot at the battle royale genre, but this time they’ve made it free for everyone whether an owner of the previous entry – Call of Duty: Modern Warfare (2019) – or not. Call of Duty: Warzone aims to be a bigger, more complete experience compared to its predecessor and it mostly succeeds, with some hiccups along the way. Warzone has two modes: battle royale and plunder with both modes including vehicles and squads of three, which is an odd choice when most battle royale games primarily have four in a squad. For those who play solo, a solo queue has been added with an update post-launch. 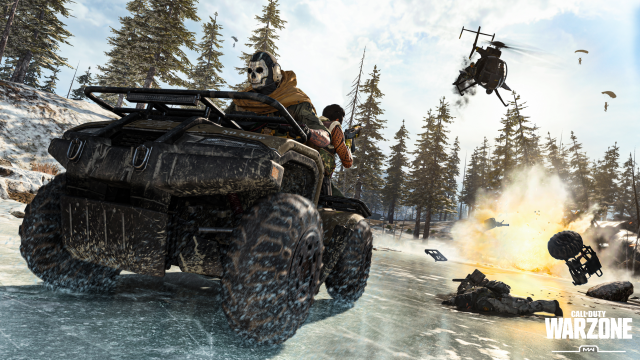 The battle royale mode is exactly what you’d expect from the genre; a bunch of squads dropping from a plane and fighting for the number one spot as the zone gets smaller, there is nothing new in that regard. One of the key ways this game is bigger than the previous CoD battle royale is having 150 players whereas the previous one had only 80. This makes the game significantly longer though, which I’m personally not a fan of because I’m more into the fast-paced nature of Apex Legends so this just feels much slower in comparison. While looting weapons are still a core part of the game, there are also loadout drops that happen that allowed me to bring a custom loadout to the battle royale game. It’s a great feature for people who have been playing Modern Warfare (2019) all this time and have their classes they’ve customized.

CoD: Warzone has added some interesting ideas to the battle royale genre though that show they were trying not to make this feel like an incomplete experience like its predecessor. The first one is the Gulag: a prison you are taken to once you are eliminated for the first time where you can fight for your freedom in 1v1 battles. While waiting for your turn, you can watch other matches going on live and are also able to throw rocks at anyone in the match which is an awesome touch. They essentially took my favorite mode in Modern Warfare (2019), Gunfight, and turned it into a great way to make sure people who die often in battle royale games can still enjoy themselves. You can only enter the Gulag the first time you die, and if you lose, you will be out until one of your teammates buys you back. 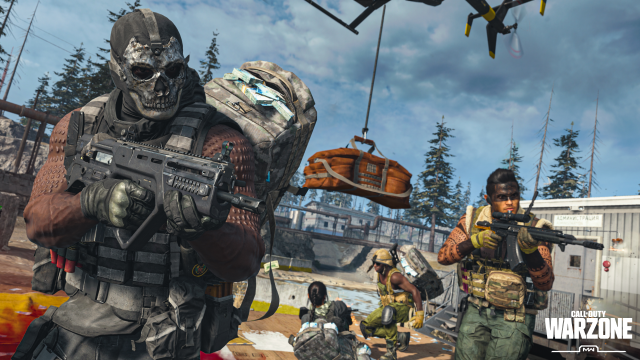 Another interesting idea is the inclusion of money, which was played with before in Radical Heights, another battle royale game from Boss Key Productions that didn’t last very long. Money in Warzone can be acquired by looting, killing enemies or completing contracts. There are shops scattered throughout the map used to buy armour, killstreaks, perks, or revive teammates as previously mentioned. Contracts are also placed around the map with there being three different contracts in total: kill a target, collect crates, or secure an area. The target contracts are a cool idea because it will target a random player in the game and show a radius of their location while alerting them when I’m approaching, and if I don’t kill them, they get the money.

While I’m on the topic of money, that’s what the other game mode, Plunder, is all about. Plunder plays on the scale of a battle royale game but isn’t one at all. There are respawns after every death, you can bring your own loadout from the get-go, and the goal is not to be the last alive, but to be the richest. The objective is to be the first team to collect $1 million by collecting cash in similar ways to battle royale: kills, looting and contracts. All teams can see high-value targets (players in the top three) allowing players to hunt the big guys, allow the top three to prepare for a big fight, or if you’re like me, get immediate anxiety knowing all other 100+ players know exactly where I am. 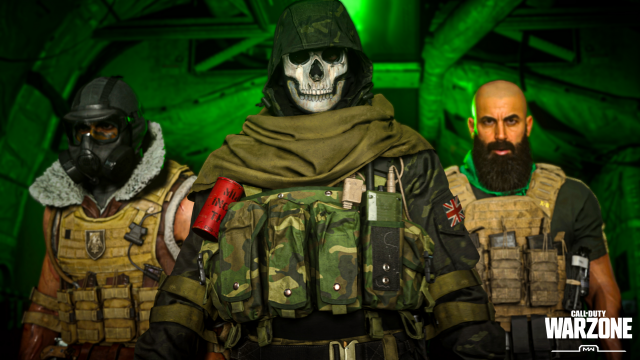 Of course, death will cause a loss of earnings, but there are options to save those earnings if confidence levels are low. Since for me that was often, I took much of my cash to the cash deposit helicopters and cash deposit balloons. The helicopters took as much money as I had while the balloons were only limited to $150K, but were much more discrete than the helicopter. It gets chaotic when a lot of squads are going after the high-value targets, but that’s also when it’s at its most fun. I find Plunder a more enjoyable experience than the battle royale mode because it feels faster (possibly due to the respawns) and it’s a different take on a large-scale battle of this size that feels unique.

Visually, this game looks incredible considering its scale and player count. It lives up to the standards of a traditional Call of Duty game which is mind-boggling considering how many buildings/houses you can enter and loot. The map is huge and it takes so long to loot one area because of how massive in scale it is compared to essentially every other battle royale game out there. It plays the same as Modern Warfare (2019) in terms of controls with the mounting feature returning and it feels just as good. And along with the excellent gameplay also comes the award-winning sound design to make this game sound unbelievable with a great pair of headphones. Warzone is the perfect name because it essentially sounds like that at all times, hearing big explosions and gunshots from a distance sounds cinematic. It should be mentioned that there is cross-play across all platforms and it’s rather well implemented as I managed to play some games with friends on PC seamlessly. 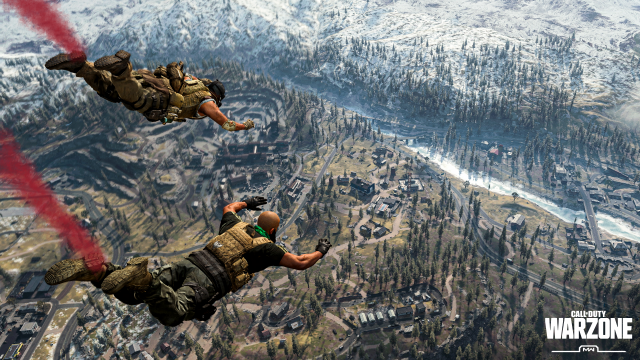 Call of Duty: Warzone is a great step in the right direction to make battle royale a unique experience for CoD players compared to its predecessor. Having 150 players slows down the game too much for my liking, but additions like the Gulag and the new game mode Plunder are great ways to keep the experience fresh instead of copying old trends.

Having 150 players slows down the game too much for my liking, but additions like the Gulag and the new game mode Plunder are great ways to keep the experience fresh instead of copying old trends.

The GrinCast Episode 303 - Don't Shame Me

Call of Duty: Warzone is one of the favorite battle royale of all time and if you consider the fact that it is free to play then it is pretty much at the top in that category. It has been almost 3 months that the game is released and the changes which IW and Activision have made in this time following the reviews by the players are really appericiable especially the efforts they are making to keep the cheaters/hackers away from playing the game. Also the availability of different modes is another great aspect of the game so we can enjoy the game all alone and as a team as well. The weapons range is also great which is a must in any battle royale game plus the map is also awesome. Get yourself updated with all the lastest updates and news about COD: Warzone at DownSights.Com and stay ahead of your competitors by following the tips and tricks available on this amazing blog.