Cladun Returns: This Is Sengoku Review

Cladun Returns: This Is Sengoku is a dungeon crawler, it is similar to The Binding Of Isaac. It was developed by NIS America and is available on PlayStation 4, PlayStation Vita and Steam.

The core gameplay loop of this game reminded me a lot of The Binding Of Isaac, because of how much fun it was to replay dungeons that I had previously beaten and try to beat my fastest time through each dungeon. This game presents a lot of replayability both in terms of level design and in the variety of character customisation you can choose from. This title has seven classes to choose from ranging from Merchant all the way to Samurai. You can also pick the style of text that the protagonist uses during cutscenes too. The only downside to all of this customisation is that all of the character presets that I found looked like females even though I chose to be a male, this could just be me not seeing another page of character presets or they might just not be there I don't know. 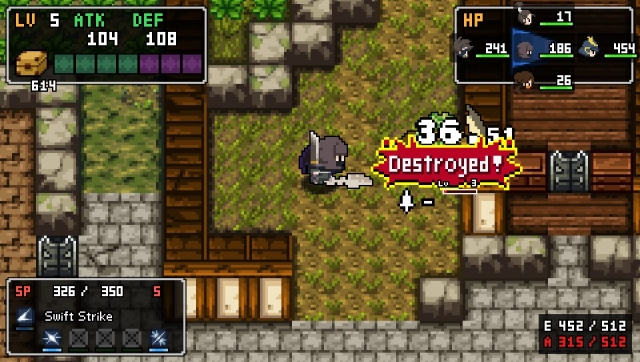 Another huge part of this title is the Co-op, which can be played with up to three other friends. There are a few modes for this, the first is normal cooperative gameplay where you and your friends work together to run dungeons and score the best time. Or there is versus mode where you do the same thing, however you and your friends are pitted against each other to see who can score the most points in a dungeon. It is worth noting that at the time of review I have been unable to play a game of multiplayer as I cannot seem to find a game. I don’t know if this is an issue with matchmaking or whether this is an issue on my end but I was unable to test the multiplayer component of the game.

The sound track in this game reminds me a lot of The Binding Of Isaac’s soundtrack, when you are exploring the dungeons it is a fast paced beat, whereas when you are outside in the hub world, the music is joyful, playful and makes you feel so happy. It’s such a drastic change from being in the dungeons but it is a welcome one.

Cladun Returns: This is Sengoku does have a story and it is indeed a good one. You wake up dead with a stranger, who you later find out is called Yukimura. He is asking if you are okay, and if you can hear him. He then tells you that the place where you woke up is called Arcanus Cella. And that you are indeed dead, guided to Arcanus by a voice in the sky. All undead souls first come here so it is kind of like Limbo. This is also your hub world where you can buy equipment, talk to NPCs and launch multiplayer. 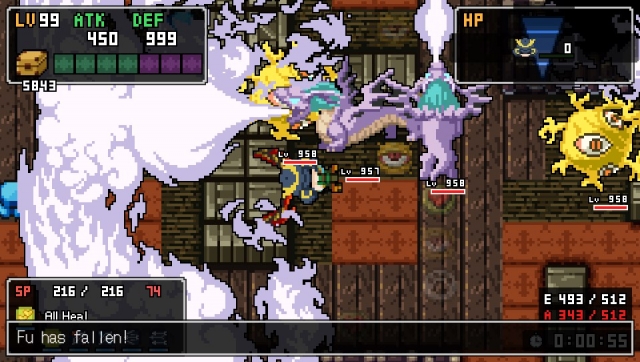 Some levels play like puzzles in which you have to find the exit, in a labyrinth of rooms and traps. One level in particular had an enemy guard positioned on every exit from a room, and so I had to either find another way through or attack the guards, who were quite difficult. The AI aren't the best, an example of this is when I attacked an enemy next to a wall, he started running into the nearest wall instead of running to the wall he should have been running towards. There are boss fights at the end of some chapters which are pretty difficult. However this could have been because I was playing on my own.

This title has a unique art style that blends together retro gaming and modern gaming quite well. Although at first glance it does look like this game would be better on a handheld device than a console, it still holds up incredibly well. In fact, the hub world looks gorgeous.

Cladun Returns: This is Sengoku! (Reviewed on PlayStation 4)

Cladun Returns: This is Sengoku is a fun and enjoyable game. It has little to no faults, it looks gorgeous, it also has a huge replay value with Co-op, and trying to beat your best times in dungeons. If you enjoyed games like The Binding Of Isaac then you will love this. While it may not be as difficult, it is still as fun.

Cladun Returns: This is Sengoku!