Clusterpuck 99 is what air hockey should be in real life; high octane thrills and spills turned up a thousand degrees. For anyone unsure of what to expect here, there are elements of Rocket League and the classic 2D arcade games from yesteryear. Often fast-paced and frenetic, Clusterpuck 99 is a throwback to a time when games favoured style and substance over flashy graphics. 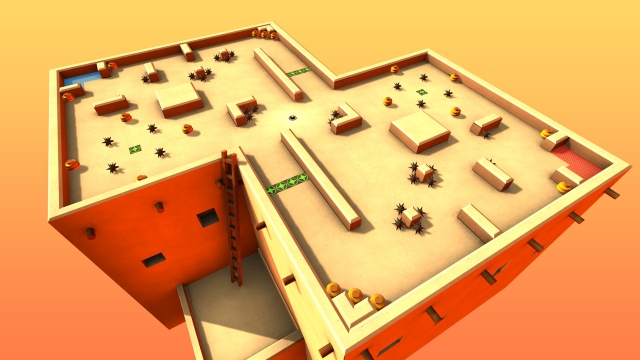 Chiefly using the left analogue to move your puck around the various courses, you aim to outscore your opponent by scoring goals in the same way you would a football or hockey match. Sounds simple enough, right? Well, the same can be said for the controls. Aside from the analogue stick, you'll use one button, either B or ZL to charge up your shot or pass. This game isn't as simple as it sounds on the surface, however. There'll be a multitude of obstacles to negotiate. These will include; bumpers which are likely to knock you off the course, spikes which will temporarily take you out the game until you respawn, with walls to navigate around and the opposing players. There are 32 courses to choose from, most of which are unlike the others, except a select few that have a semblance of similarity to them. They have different features, colours, and other complexities that make the vast majority of games feel different to the last. Beyond that, there's a reasonably extensive course creator. It is hard to navigate around, but rewarding enough when you finish your creation. You can make it as wacky or straightforward as you desire. The AI has a reasonable level of intelligence to it, with an understanding of what to do to defeat you. They aren't shy about blocking you to prevent you taking the ball, nor are they reluctant when it comes to knocking you off the course. There are occasional instances where the AI can corner the ball and themselves, and it can sometimes take up to a minute to get the ball back in play. It can be frustrating, especially in timed matches as you can spend a third of a game trying to get the ball out of a corner. 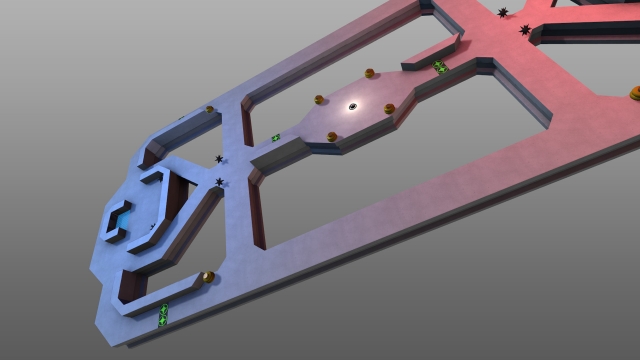 If playing standard games in Clusterpuck 99 becomes repetitive, there is a challenge mode whereby completing various challenges will reward you with progression to the next. There aren't many to choose from, less than ten, but there's enough to occupy you for a good 30 minutes. Depending on how adequately you perform, you'll receive bronze, silver or gold medals. Failing to get a minimum of bronze will require you to replay the challenge. My favourite was an obstacle course, which changes itself every time it loads up. It was a real challenge to get through the course without falling off the edge once. There’s also a nifty feature that allows you to change the emblem on your puck. Minor I know, but a nice little touch all the same. 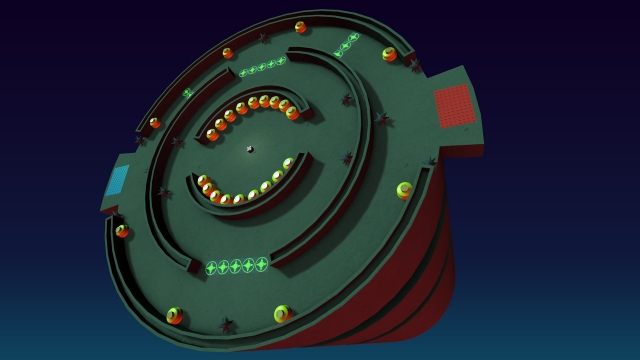 Clusterpuck 99 undoubtedly suits multiplayer, and it supports it via 4v4 games. The one downside is that the multiplayer is only local, with no online features. When I played it against the CPU, I didn't get the same buzz from the game as it's hard to replicate the sheer madness of the gameplay without human players. Clusterpuck 99 is one of those games where online compatibility feels like a necessity, because if the challenge mode isn't for you, you may find yourself looking for fresh things to do.

Clusterpuck 99 is yet another must-have indie release on the Switch. The Nintendo eShop is rapidly building up a catalogue of affordable, quality games, with this being no exception. The combination of easy to use controls, quirky graphics, a multitude of levels, along with a course creator make Clusterpuck 99 an excellent option for fans of high-octane action.