Well, it sort of does. Let’s start off by talking about the premise with Cyberpunk 2077. You play as V, who is male or female depending on how you create your character at the start of the game. The character customisation suite is quite in-depth, letting you choose the standard things like your hair styles, hair colour, as well as tattoos and facial structure. It gets better, the game also lets you customise your genitalia. 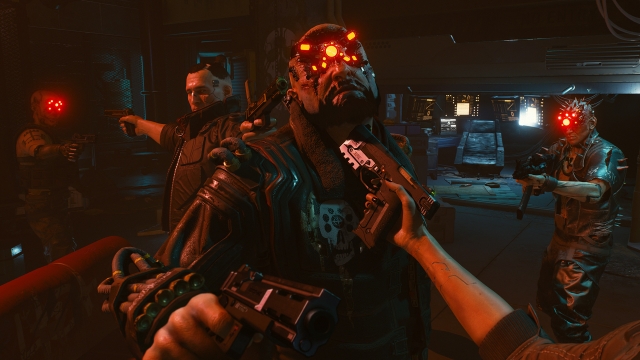 The game then splits off into three different directions depending on your background choice. I chose Corpo and so I started off in the corporate world, which gave a nice background story, introducing the main motivation for the start of the game. All of these openings result in you setting up and executing a grand heist, which will set you up for life if completed successfully. The heist acts as a tutorial for things like hacking, shooting and general controls, and it also sets up the story for the rest of the game.

In regards to the gameplay and the feel of Cyberpunk 2077, you are a person who has access to crazy creative hacks, and cybernetic powers similar to games like Deus Ex. You obtain hacks over the course of the game, which can be done by visiting a ripper doc, or by finding cyber-mods on enemies you kill or boxes that you loot. These range from hacks that cut your enemies vision off for a few seconds, to mods that will reveal the location of every enemy soldier around you. Overall I think the cyber-mods make a difference to the formula here, albeit a small one.

I’ve previously briefly mentioned the story for Cyberpunk 2077. The story here is okay, although there is a stark difference between The Witcher 3 and Cyberpunk 2077. The story here is darker than its counterpart and is also shorter. The story should take you around 25 hours to complete if you don’t do many side quests, however I would strongly advise doing these, as they are great fun and definitely provide something that is missing from the main quests. After completing the story, I have started another playthrough and have done all of the side-quests available after completing the prologue and they really are special experiences. 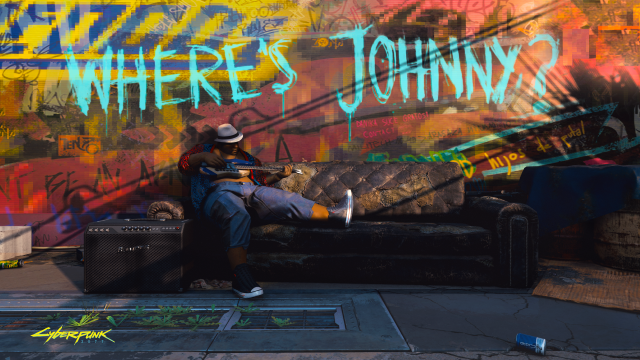 Unfortunately, unlike Deus Ex, Cyberpunk 2077 doesn’t give you many situations to talk your way out of fights. This is quite disappointing, as when the game was originally revealed it was said to have dozens of ways to approach any encounter, and so far I have only encountered two different ways of playing after spending around 50 hours of the game on two platforms. A stealthy approach which allows you to avoid enemies and take them out one by one silently, or a gung ho approach which means you will have to fight every single enemy you see. There is also a mix of both, but due to the nature of skill points, it would probably be best to pick a single approach, and then spend your skill points accordingly. I preferred stealth, as I felt just shooting enemies was way too easy even on the harder difficulties.

Okay, so let’s talk about the elephant in the room, bugs! Yes, bugs are a thing in Cyberpunk 2077 and they are happening in varied ways, whilst playing on PS5 (via PS4 backwards compatibility) I was experiencing crashes every 20-30 minutes. They were random crashes and nothing seems to have triggered them.

When playing on PS5, the graphics weren’t horrible and the game ran at a solid 60 frames at 1080p. However, there were a few frame drops when entering areas with lots of NPCs. The graphics on the PS5 are not very detailed, and the flaws of the previous generation of consoles are really shown here. Whilst the PS5 does have a custom SSD, it doesn’t prove to be useful here as the game suffers from textures not loading properly, objects popping in and quite long load times. 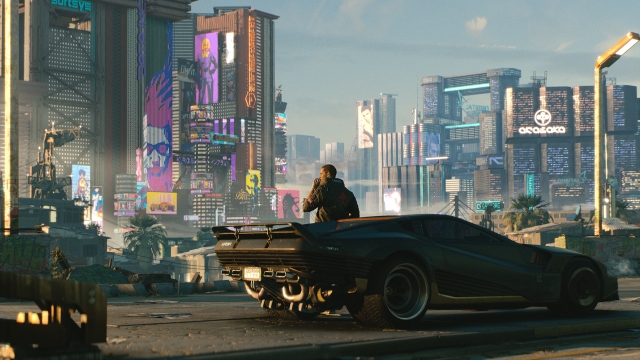 The next-gen consoles are getting updates at some point next year. The details of this update are unknown at the moment but will supposedly include things like ray tracing, better textures and a higher resolution. Again, the details are unknown but we are probably going to learn more early next year.

I would argue this soundtrack is just as good as The Witcher 3’s. The music in this game really stands out, with the tracks really matching the overall theme of the game, from the heavy death metal music when you're driving around the devastating badlands, to the subtle tracks that play while you are sneaking around levels.

Overall, I enjoyed my time with Cyberpunk 2077 however, due to the game crashing so often I found myself struggling to get through the game.

Overall, Cyberpunk 2077 is a fun game that is plagued by bugs. Unfortunately, I can’t recommend this game in its current state, but with patches this should improve.