Visual novel games tend to have to work extra hard to reach the kind of acclaim that most other games do. Since they tend to be light on any truly interactive gameplay, they have to make do with story, characters, and graphics.

Date A Live: Rio Reincarnation manages to fall a bit short in regards to story and characters (as is to be expected of a harem dating simulator with a single male protagonist), but the graphics more or less make up for it; they are absolutely stunning. With each scene having IMAX-level quality (and some pretty decent voice-acting), what Date A Live: Rio Reincarnation lacks in an original plot, it more than makes up in giving you a feast for the eyes. The plot goes a bit all over the place, trying to mash together high school romance, epic sci-fi, and drama into a kind of Frankenstein’s monster of a game. It takes place in an alternate Earth where catastrophic events known as “spacequakes” can happen at random (and kill in extremely large numbers), the worst being 30 years before the story begins proper, which had a death toll in the hundreds of millions.

The protagonist, Shido Itsuka, has become accustomed to this life like much of the populace. His school holds spacequake drills, there’s a special defense force in charge of repairing the damaged areas, and for the most part, things seem relatively under control. That is, until the spacequakes return in startling frequency, and the truth comes out.
These events are the result of beings known as “spirits” being forcibly brought into our world. If that isn’t bad enough, the spirits are physical gods that can cause incredible destruction to the world. Things look bleak, until the central part of the game comes in.

As a dating sim, your prospects are the spirits themselves, and furthering your relationship with them serves a purpose. By making the spirits fall in love with you, they become normal humans, and the threat of their destruction ends. This tactic proves to be the one way to save the world and the spirits at the same time, as there are unsavory factions that would rather see them captured, killed, or used to establish a new world order. The story tends to lose itself all over the place with its jargon, but possibly the biggest snafu is that the game doesn’t take place from the beginning of the source material it’s based on. That, and the game itself doesn’t really give you a clue of where to actually start.

Date A Live: Rio Reincarnation is actually three games in one, Rinne-Utopia and Arusu-Install, two games that were formerly only PS3-exclusive, as well as the original Rio-Reincarnation. Featuring alternate endings and event-exclusive CGs (character graphics), they further the story and provide more context and lore.

In order to even start Rio-Reincarnation, you need to complete the digest, which gives a recap of the events leading up to where the story is. Both Rinne-Utopia and Arusu-Install offer recaps as well, though, despite Rio-Reincarnation taking place after the previous two. The recommended order is Rinne-Utopia, Arusu-Install, and Rio-Reincarnation, but the game, rather than lead you in, goes at you with two barrel’s worth of recaps before plopping you into a story you only have a brief — if that — grasp of. 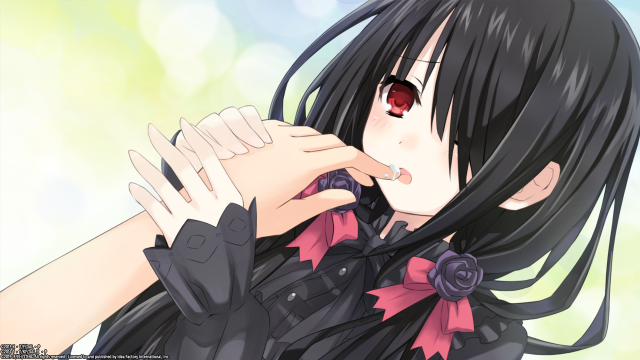 As I said, while it might be difficult to follow for newcomers, the graphics are incredible, each scene appearing as though it has the production quality and budget of an A-list anime. The voice-acting is perfect, fluid, and emotional enough to actually stay cohesive throughout the story. Idea Factory may have skimped a bit on narrative, but the visuals far exceed anything I’ve seen in any visual novel, and even most games that fall outside the genre. If this your first foray into dating sims, while the narrative can go all over the place at times, you’ll be so lost in the visuals of the world, you won’t mind where it takes you. Date A Live: Rio-Reincarnation: is currently out on PlayStation 4 and Steam.

Idea Factory may have skimped a bit on narrative, but the visuals far exceed anything I’ve seen in any visual novel, and even most games that fall outside the genre. If this your first foray into dating sims, while the narrative can go all over the place at times, you’ll be so lost in the visuals of the world, you won’t mind where it takes you.

Loves writing, food, and Pokémon more than legally allowed. Can be found playing RPGs or not shutting up about his girlfriend.

DATE A LIVE: Rio Reincarnation Getting Western Launch for Windows and PS4