Tekken, Mortal Kombat, Street Fighter, Super Smash Bros.; all of these franchises have become such notable successes throughout the years, with each new release trying to improve upon the last with even slicker graphics and tighter controls. As well, the updated rosters and design aspects from each new entry also show that the idea bucket (at least for the time being) hasn’t run completely dry.

With that in mind, one (debatable) exception from this list is the Dead or Alive series, a franchise that has amassed a grand total of six main entries and over a dozen spin-offs (including Dead or Alive Xtreme Beach Volleyball… yeah). Since the first title’s initial release for the Arcade in 1996, the development of recent Dead or Alive games has more or less followed the same pattern in terms of graphical capabilities, better controls, and updated rosters. However, the design aspects of the franchise have been a bit, shall we say, questionable in their logic.

Now, why I say questionable is because, while Dead or Alive isn’t exactly known for its competitive nature (again, debatable), what it is known for is being developed by Team Ninja. Yes, Team “questionable design” Ninja, the same developers that brought us the Ninja Gaiden and Nioh franchises (both wonderfully designed) also brought us an entire series based around jiggle physics, a.k.a Dead or Alive. With that in mind, it seems that Team Ninja have not only kept up with this trend in Dead or Alive 6, but they’ve also decided to forgo most of the basic game design altogether for the sake of better jiggle physics (as well as gameplay). 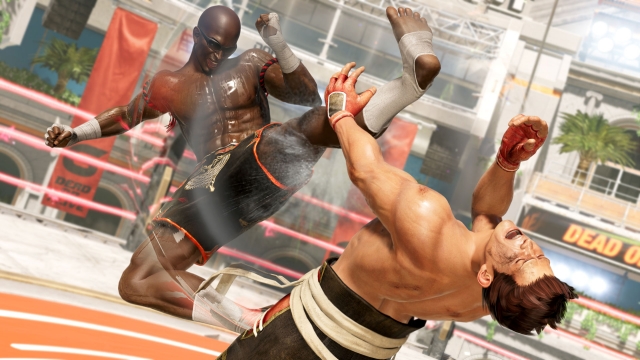 However, before I get into how much I despised the design of this title, let me discuss some of the more positive things about Dead or Alive 6. First off, everything I mentioned above about the visuals, the controls, and the roster were certainly true with this newest entry. All of these aspects were done quite well and made the game a joy to play. The fast-paced nature of everything, and how each character was different, and just made Dead or Alive 6 worth getting through, regardless of the terrible storytelling segments and awful audio mixing (No! Bad! Be positive!). Another positive tick under the game’s belt is the soundtrack, not that it’s anything mind-blowing, but it compliments the gameplay well enough that you may find yourself bobbing your head to it.

Okay, with that aside, now it’s time to get into the more negative parts of this game. To start, as mentioned above, the audio mixing and/or editing isn’t worth shit. Well, that’s not totally fair, during the actual gameplay everything sounds fine, but during story segments it takes a swift dive into “they didn’t even try” territory. In short, voices didn’t match up with lips, noises happened about two or three seconds after they were supposed to happen, and dialogue was most likely done on a first take with it being inserted with all the grace of a wrecking ball inserting itself into a building. All in all, it is very, very bad.

Another issue I had (again, with the story segments) was the general motivation and just the lack of uniqueness of all the fighters. Now, I stated above that all of the characters felt different, and that this was a positive thing. I’m not going back on that, as the different styles and designs of everyone on the roster were definitely entertaining, but what separates them and makes them unique personality-wise was severely underdeveloped during the story. It’s as if there was only one-personality trait allowed per fighter. Here’s the guy who’s stoic, here’s the girl who’s funny, there’s the guy who’s always drunk, etc. That being said, I understand that this is the sixth installment and that some of these characters backstories have been fleshed out over time. However, considering that this is the sixth game in the series and I can easily identify what type of people certain characters are, it shows a minimal amount of effort was put in trying to make the roster more dynamic on a storytelling level. 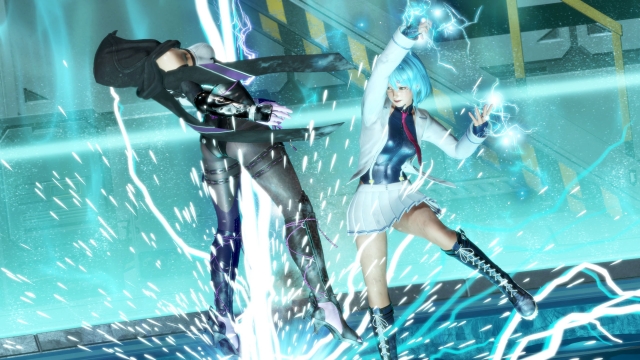 Perhaps the excuse is that the game was just taking the piss out of itself. So, let me level with you here reader; I couldn’t tell if Dead or Alive 6 was supposed to be a farce on the fighting game genre or if it was actually taking itself seriously. The entire story is completely bonkers in that it reaches the level of a bad anime. Without giving too much away, a robot needs the power of two people in order to help the evil organization M.Y.S.T do... evil things, OooOoOOoooOOOoo. In all seriousness, it’s not the worst plot in the world, it’s just… there, and only two and a half hours long. It does it’s job, but all half-assed like. Most of the people in the story don’t matter and some subplots never get resolved, tip-top Team Ninja.

So, with that out of the way, the last thing I want to discuss is something that was brought up at the beginning (beginning-ish) of this review. Gameplay. When all is said and done, the best quality of this title is it’s gameplay. Regardless of all the terrible design choices or storytelling structure, the gameplay is what players will keep coming back too. That being said, is it enough to redeem a story that felt like it shouldn’t have even been there or some sketchy/questionable character design? Personally, I don’t think so, only because putting out something that, more or less, just isn’t finished in it’s entrity is a shit way of doing things. 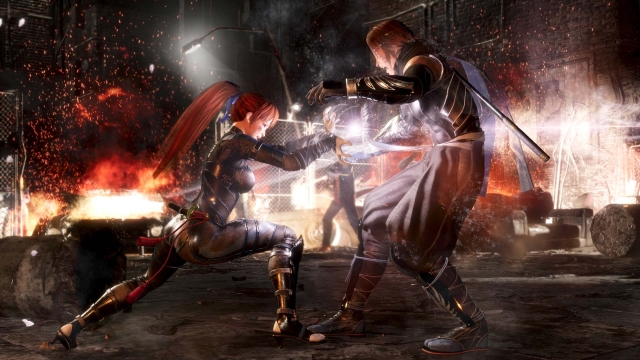 So, with all of that taken into account, is Dead or Alive 6 worth picking up? No. Unless you really (and I mean really) need to know what happens in the next installment of the franchise. Yes, credit where credit is due with the gameplay, roster, and visuals, but everything about the game just has this air of ‘lacking’ around it. The soundtrack could have done a lot more, most of the design was just plain bad, the story felt thrown together at the last minute, and the length of the campaign just doesn’t justify the £54 price tag attached to the game (info obtained from Sony online). All in all, either wait for a discount to come around or pick up Mortal Kombat 11 (if you’re into that sort of thing).

Dead or Alive 6 (Reviewed on PlayStation 4)

So, with all of that taken into account, is Dead or Alive 6 worth picking up? No. Unless you really (and I mean really) need to know what happens in the next installment of the franchise. Yes, credit where credit is due with the gameplay, roster, and visuals, but everything about the game just has this air of ‘lacking’ around it. The soundtrack could have done a lot more, most of the design was just plain bad, the story felt thrown together at the last minute, and the length of the campaign just doesn’t justify the £54 price tag attached to the game.

I wonder how much DLC is going to be released for this one, since IIRC Dead or Alive 5 had no fewer than 4 "Season Passes" for costumes.