I have always been a sucker for tactical games like Shadow Tactics: Blades of the Shogun. So when I heard that the developer Mimimi Games released Desperados III, I was very excited to go through all the strategy planning, patience, and even frustration I would no doubt encounter. One thing I did notice while playing this game was that I did not need to have played the previous games in the Desperados series to enjoy the game or understand the storyline. 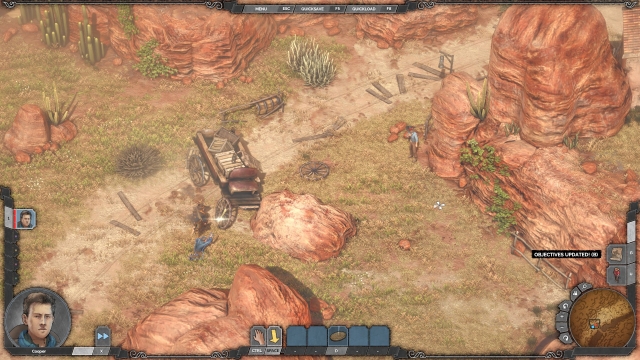 Desperados III is a tabletop mixed with real-time strategy and a healthy emphasis on stealth. In fact, a lot of the strategies involve sneaking around and finding alternate paths to the mission objectives. The story follows John Cooper who is out for revenge against a man named Frank. Along the journey, Cooper is joined by companions who all have a variety of skills and weaknesses: McCoy a doctor who is also a sniper with a pistol (just go with it), Hector the burly mercenary and meathead of the group, Kate the con-woman who can disguise herself, and Isabelle the “black magic” witch.

Everyone has their own reasons for joining as I find out later on. The characters themselves are also well-written and did not feel dry at all. In fact, one of the funnest features I discovered by accident is that the characters will occasionally quip with one another if I have them hiding in the same bush. I will admit that a lot of the characters in turns of abilities, at least, did feel like a rehash of Shadow Tactics: Blades of the Shogun. 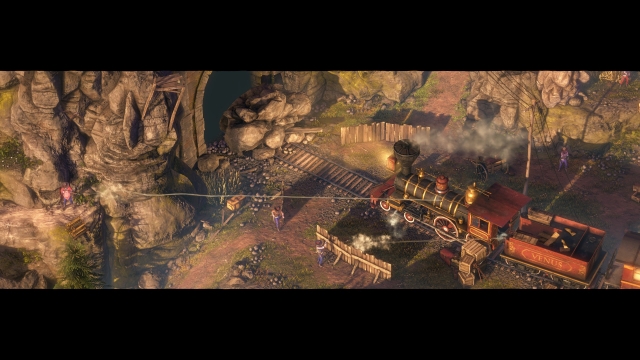 The setting of the game is set in the old Wild West of the United States of America when cowboys and bandits reign supreme in this lawless land. What I really love about this game is that it really shows the towns in fine details from the signs on the tavern to the way the NPC interact with each other and move around the map. The voice acting in this game is also very well done. Each character’s voice matched well with them and one can hear the emotions in the acting. There are also options to use different languages and just for fun, I decided to try Chinese seeing as I can understand Chinese. The Chinese voice actors for their part also did a great job even if it was a bit weird seeing the characters not match up to the voices.

What really shines in Desperados III is the gameplay. I am already a fan of the games that Mimimi Games have released before but I still think that Desperados III is an improvement on their previous games. As always, stealth and planning is a key component to the game and there are many different ways to approach the mission objective. I can take the direct approach and charge into battle which usually ends in disaster, or I can pick off enemies one at a time. This is when the abilities of the characters really come into play. Sadly, one character is not met until just over halfway past the game so I could not fully utilize all of the abilities. That being said, it is a lot of fun to go back and try different approaches to see if there is a way to be even faster. 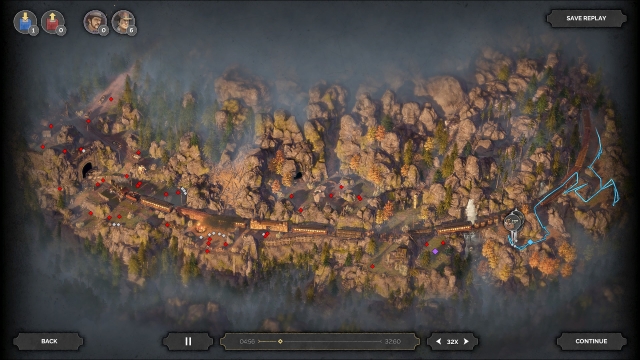 One of the key features of Desperados III is the quick save option. Quick saving is essential and should be used often to “undo” mistakes that were made. I cannot count the number of times I tried an action only to find out that it was a terrible idea and had to quick load a previous save to try something new. There is a feature where the game will remind you that you have not quick saved in XXX amount of times. Personally, I found this to be very annoying because the reminder will be in a rectangle box in the middle of the screen which will not disappear unless I save. Fortunately, this feature can be turned off but then I would forget to quick save at various times. Still, I rather have it off than constantly have a reminder that I need to save the game.

I also quickly learned that the enemy AI in this game is not only trigger happy but they also will recognize when a fellow member of their team is missing. If they walk around and then stop to chat with someone regularly, they will realize something is up if I silently take out that person before they come around again. This will cause them to become suspicious and start to investigate the area for a bit to see if they can find one of my characters. This made me have to act quickly and take out multiple people at once in order to avoid arousing suspicion. 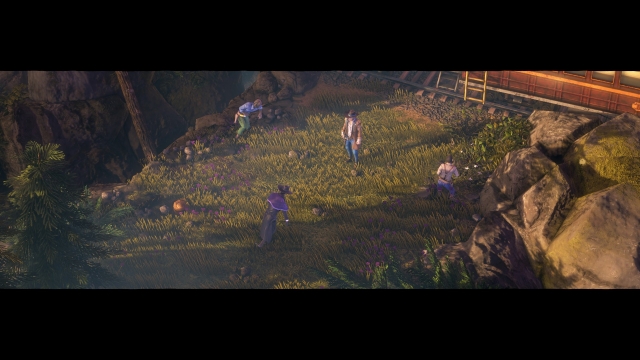 Overall, I really enjoyed this game. However, because the characters abilities did feel like a rehash of Shadow Tactics: Blades of the Shogun, I did not feel like I am playing a brand new game. That being said, the music and graphics in this game are very well done as is the voice acting. New players to Mimimi Games will find that this is a new experience.

Desperados III is a great stealth tactic game with great graphics, music, voice acting, characters and story but can feel like a rehash of previous games made by the same developers.