Cayde-6 is dead. This isn't a spoiler mind you, as from the moment Bungie revealed Destiny 2 Forsaken everyone and their mother knew what was happening. This shocking revelation made sure that the new expansion was on everyone's radar and now that it is released the quest for revenge has begun. Bungie promised players a hunt that would see them take justice into their own hands all in the name of a fallen friend. With Destiny 2 having been a mixed bag for players and the following two DLCs getting mixed opinions, has Bungie finally nailed it with this latest release that brings Destiny into its fifth year? Well, kind of.

Now five years old, Destiny has been in need of a shake up since the release of Destiny 2 and the team at Bungie has been aware of this. With this new expansion there is plenty of exciting new content for players to enjoy that actually feels worth your time and makes the loot grid enjoyable once again. Beyond the campaign missions that see you travel two new locations and hunt for a number of bosses to the new multiplayer mode, Destiny 2 Forsaken puts plenty of fresh content on the table and brings much needed polish as well. However, there is one element that does not do so well and that is the story. Which we'll get out of the way now.

Each of the Destiny installments has had a weak narrative. The actually story within the Destiny universe is fantastic and full of so many characters, stories and ongoing plot points that it is a huge shame that what players are actually presented within the campaigns are so weak and the same happens with Destiny 2 Forsaken. The promise of hunting down Uldren and his Barons is set up to be an epic tale of revenge as you walk a thin line between the light and the darkness within the universe only for it to fall completely flat. Not only does the story never feel personal with no real development of the villains and their relationship to you, the events that unfold feel empty with no really impact on them beyond just being another mission and another target to kill. Not to mention that the few cutscenes that are shown to players jump all over the place with no real context to what is happening with a payoff in the end that was more of an insult than a let down. 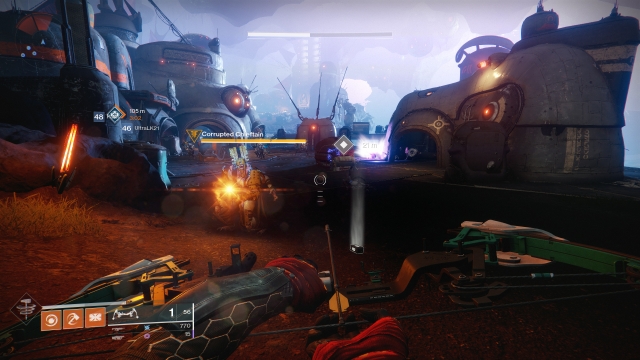 It is such a shame that Destiny 2 Forsaken could not delivery on its narrative promise as the setup is an interesting one. It is further let down by the fact that the new end game location, The Dreaming City, had a five minute optional dialog section which was more interesting and better delivered then most of the campaign for the expansion. It gets you through the missions and has you hunt down the Barons, sure. But in the end the story in Destiny 2 Forsaken is once again a massive let down in what could of been a fantastic cinematic journey. Sure it will continue to some degree when the raid drops but those looking for a meaningful story won't find one here. Cayde-6 is dead. Carry on as normal.

Thankfully, what is lacking in the story department can be found elsewhere in the expansion. The new locations are interesting and full of plenty to do with the end game area of The Dreaming City being packed with secrets to uncover and countless mysteries to solve. The Tangled Shore in a mix of different types of environments within one location that not only packs lots to do but is enjoyable to fight in thanks to the variety of cover and vantage points players can leverage. Of course as the campaign progresses players will have the chance to explore these fully and gain plenty of exciting new loot to bring them up to the new level cap and light level, which are 50 and 600 respectively.

Some of the sandbox changes, such as the new weapon slot system, went live before release and have seen some improvements since then. Now players will find more value within each of the weapon and armor drops they find along with being able to leverage a much better Mod system to give their gear interesting and meaningful improvements. Sure, you now need to use Masterwork Cores to infuse your equipment but you come to terms with it fairly quickly and find ways to maximise the few you'll find from time to time. The new bounties, quests and milestones always ensure you have plenty of ways to earn new gear that increases your light level and in term give more than enough content to enjoy. In fact, if there is one thing that Destiny 2 Forsaken nails it is giving players meaningful ways to earn and enjoy the content within the game and that is great. 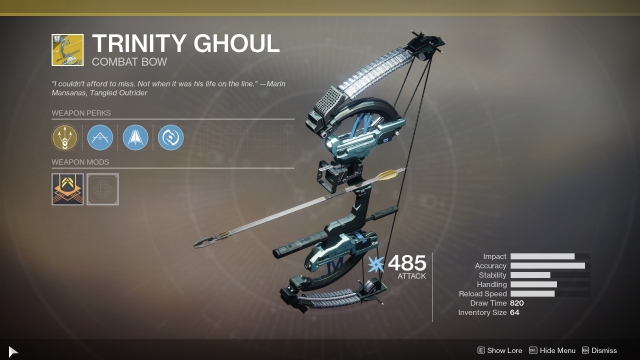 Speaking of gear, let us not forget the new bow and supers added to the title. Though it feels like it should of been added back in 2012, the bow does bring a fresh new type of gameplay to the title. In fact, for most of the time I've spent with Destiny 2 Forsaken my weapon of choice has been my bow. It's powerful, rewarding and flexible enough to be useful in nearly all situations. That and the arrows explode, making it a very satisfying weapon. As for the new supers, three for each class, players are in for a treat as they now have even more ways to bring chaos to the battlefield all while feeling like a superhero. For the titan - my main class - the new two handed flaming hammer is the greatest thing in the whole game. It brings back memories of the axe from Destiny Rise of Iron all while being readily available whenever I have a full super bar. The same is found within the other supers which all feel like valuable extensions of the current offerings for players without any really negatives. Bungie's has done a great job ensuring that each of them is balanced and refined.

Mentioning Destiny Rise of Iron, it is worth noting that the new expansion almost feels like a 'The Best of Destiny'. You'll encounter a number of locations and set pieces that feel like past events and much like how Destiny The Taken King brought a new lease of life to the originally title, Destiny 2 Forsaken does very much the same.

Finally, Gambit. This new player-versus-environment-versus-player mode is a brilliant showcase of what makes Destiny 2's multiple so engaging. Two teams of four go up against each other by means of fighting AI enemies to collect motes which can be banked to increase your score. Teams race to score the most points first so to summon a boss which when killed, marks the victory of the round of that team. Now it is not just a race mind you because Gambit, keeping to the theme of working a thin line, allows players to do some evil things.

As you bank your motes you can block the other team from banking theirs by spawning blocker enemies. These range in size and power based on the amount of motes you bank in one single go but really change up the flow of the match. On top of that, a player can invade the other team in their arena to have a small window of opportunity to delay their efforts, earn some kills and even collect some points. All of this is presented by a new character who is easily one of the best in the series now and feels like a refined multiplayer experience that, truth be told, would make for a compelling eSports title. 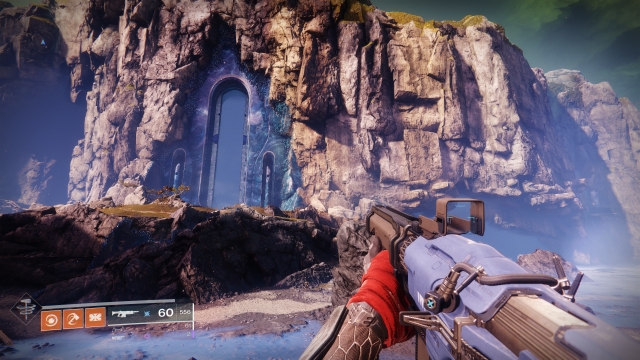 Besides the continued weak delivery of the narrative in what is a rich universe full of untapped lore and unfinished plot points. Destiny 2 Forsaken brings new life to the popular videogame as it enters its half way point of the promised ten year plan. Sure, there are countless numbers of small changes and improvements here and there, along with raid still to drop, but as it stands a few days after launch Destiny 2 Forsaken is a good additional that offers players plenty more to do.

In the end, if you are already a Destiny fan and want more of the core gameplay loop then you will love Destiny 2 Forsaken. If it has never really been your cup of tea, I’m sorry to say it likely still won’t be as it’s just a more polished version of existing systems. Then again, you never know. Of course all of this is if you can overlook the under performing story in which case you’ll likely find yourself having a great time. Here is to hoping that Bungie can keep this momentum and the rest of the year is as good as it started.

Destiny 2 Forsaken is a step in the right direction for the title but under delivers in the story department. If you like Destiny 2, then this expansion is for you.