Dig Dog is a roguelike platformer where your aim, as the aforementioned Dog, is to dig your way through a level to find the ever elusive bone, which will send you on your way to the next level. If it sounds too simple to be a challenge then you’d be right. Along the way, you’ll also be put up against various enemies and traps, that will put a quick end to your bone-searching plight if you’re not careful. 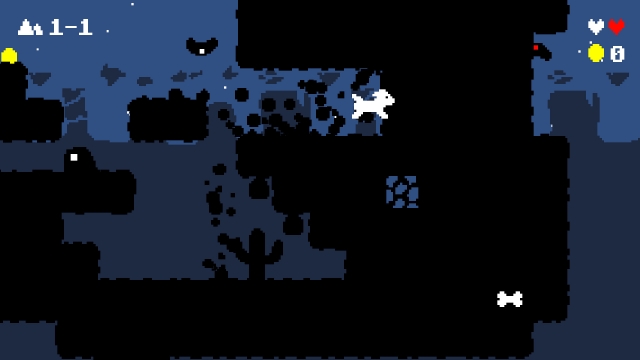 There’s a couple of gameplay curveballs in here, too. At first, you’ll start by plowing your way to the bone pretty quick, and fly through the first couple of levels. However, if you want to get far in Dig Dog you’re going to want to also be collecting coins that you can spend at the shop (of sorts) to increase your chances of getting through later levels. Choosing whether to risk taking on a group of enemies for extra coin, versus continuing through the levels to find an easier group to dispatch may mean the difference between surviving now, but not having the ability to later on. But largely, that’s it for the gameplay. You repeat the same motions till the game is up and you’re done. There’s an additional mode called “Free Dig” where you need not worry about failing - there’s an infinite stream of levels for you to conquer and the challenge to complete each one is fairly minimal. 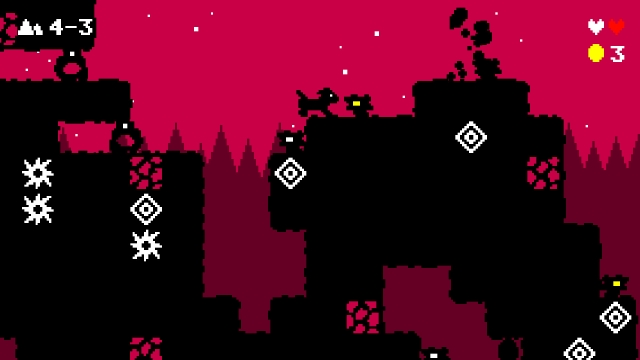 Controls are solid, allowing you to hone in on precise movements. There’s only three inputs, which are controlling the dog, digging and jumping/dashing, so it never becomes overly complex - though it does remove the ability to blame your umpteenth death on missing an input.

Both the graphics and the music have basis in 8-bit styles, with simple sound effects in use for the gameplay, and a musical backing that might get a bit old-hat after a while. Graphics take form in a largely silhouette style, as if the entire world is lit from behind the main gameplay area, casting everything into a darkened, albeit pixelated, shadow. 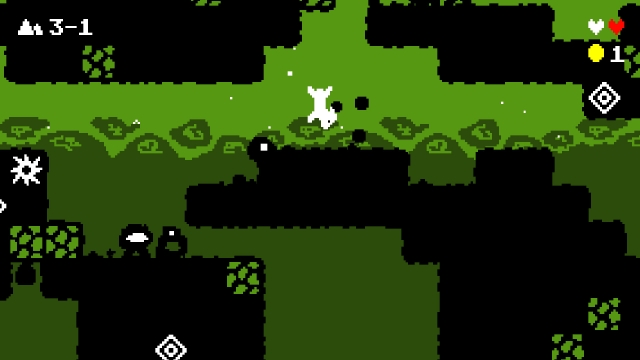 Overall Dig Dog is a fun “10-minute” game. Hop on, play it for a bit and hop off again. Something fun to play for the downtime you have between other games. Truly though, I think where Dig Dog will hopefully succeed, is with the speed-running community. It’s a clever short game, with plenty of routes that could lead to times getting faster and faster.

Dig Dog (Reviewed on Xbox One)

A fun game to play in your odd downtime moments when you haven’t got the opening to sink into a much larger game. Comes with plenty of challenge in the main game, but also has a more relaxing version when you’re just wanting to chill.

This looks cool, but I'm a little dissapointed I don't get to inflate monsters until they pop.