When Dishonored was released back in 2012, I played through it multiple times trying to discover all of the game’s secrets. The industrious setting of Dunwall enthralled me, providing missions in which the city acted as a playground for stealthy takedowns. The announcement of Dishonored 2 makes now a great time to play the latest release of the original game, Dishonored: Definitive Edition.

Dishonored has you playing as Corvo Attano, the royal protector to the Empress of Dunwall. A brief opening sequence sets up the basic story of the game, which has you framed for the Empress’s murder and imprisoned in jail. A daring escape and a visit from a mysterious cultish figure known as The Outsider provides Corvo with means to vengeance, supernatural powers, to help you bring down the hierarchy that runs the city’s government. The story, whilst basic, will keep you engaged through its range of characters who are all well-voiced, and written with enough depth and personality that they feel important in the game. An unfortunate aspect of the writing is that Corvo is a silent protagonist. This mute approach to the main character doesn’t work as the events that transpire in the game affect him massively. 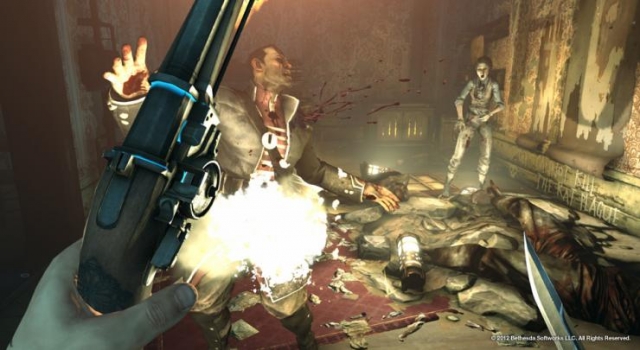 The storyline is aided by the amount of literature you can collect throughout your travels in Dunwall. Books and notes fill houses and reading these gives you a good idea of other countries in the world, strange magical tales, and the corruption that is rife within the government. It makes the world feel alive and adds a lot to the limited but engaging storyline.

Dishonored’s missions require you to assassinate a specific target by any means possible. There are an abundance of ways to get rid of a target and not all of them require you to kill them. In fact you can go through the entire game without killing a soul, a feat that is difficult but incredibly satisfying. The game’s levels aren’t open worlds, but the size of them offers multiple ways to complete your objectives. For instance, do you choose to fight your way through guardsmen or take a stealthier approach over the rooftops? Do you rewire an electric field, or possess a rat and find a crawlspace to get past it? The numerous approaches you can take makes for a game that is highly replayable. I even found new sections that I hadn’t seen on my previous playthroughs from years ago.

The city of Dunwall also adapts depending on how much death you deal. If you kill a lot of people, both innocent and guilty, then the plague spreads and panic and fear are shown in the faces of the citizens. It’s an incredible feature and is one that surpasses the usual good or bad choices in games, adding weight and consequence to your actions that isn’t shown through a cutscene. At the end of each mission you’re given an overall chaos rating and you can see just how much carnage you’ve caused through deaths. The game doesn’t paint a black and white picture and instead turns very bleak and grey. Your actions are commented upon by The Outsider giving you perspective to what you’ve done, or in some cases, are about to do. 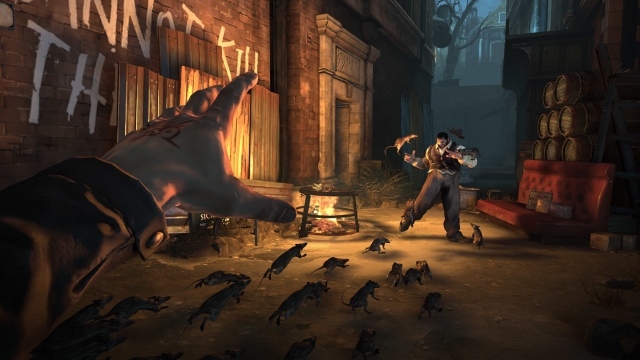 The stealth, combat, and traversal mechanics are also intuitive. Corvo’s main weapon is his retractable sword, used to fight enemies and deliver lethal takedowns. A pistol and small crossbow are also provided, the pistol being used for close combat and the crossbow allowing for silent ranged assassinations. It’s your supernatural abilities that make the game so interesting though. The bread and butter for traversal is a move called blink, which teleports you to a targeted location. It allows you to get up high and out of sight quickly and quietly, offering great vantage points for kills. Possession has you taking control of small animals and even humans, using them to bypass obstacles or pick up items to use to your advantage. There are more aggressive forms of powers as well, with an ability that allows you to summon a swarm of rats to devour enemies, and a windblast that knocks them back. Each power can be upgraded by collecting runes, strange objects that are related to the mysterious Outsider. Bone Charms are other collectibles that give you perks once equipped. They’re worth finding as they can reduce the noise of smashing glass, allow you to find more money or give you more health from food and more.

Whereas other remasters have seen great visual improvements, Dishonored only increases the resolution. The graphics certainly aren’t bad and the game does employ a striking art style, but the lack of detail and texture in certain areas serves as a reminder that it’s a last generation game. I also encountered a small number of glitches, one that cut out the sound during a cutscene, and another which made Corvo pause for a few seconds every time he engaged with an object, making me restart the system. Besides all that Dishonored: Definitive Edition lives up to its name as it includes all the previously released DLC which adds a substantial amount of worthwhile gameplay. This remaster only improves upon the game’s original release in slight ways, but it does offer a complete package which will be welcome to new players.

Before the announcement of Dishonored 2, I would have argued against the release of a definitive edition. Playing through it again however has reminded me just how good Dishonored is. The city of Dunwall is awash in a bleak steampunk setting that is the perfect killing ground for inventive assassinations. The story takes a hit because of its silent protagonist but it’s a small price to pay for what is such an engaging game. Dishonored: Definitive Edition is worth playing, if just to serve as a reminder of its brilliance.

Dishonored: Definitive Edition is the complete package of a fantastic game. Prepare to stalk the streets of Dunwall in a satisfying tale of revenge. 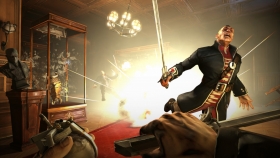