What is it with puzzle games and cubes lately? Geometric shapes are somehow a fashionable part of game design and I’m pretty sure this is largely the fault of the success of Portal’s weighted companion cube. You never see cones or pyramids and some days it feels like there are no other three-dimensional shapes. It’s not a bad thing as such, but I feel like dodecahedrons deserve some love too. Anyway, Ever Forward is a game that sees you manipulating cubes to solve puzzles. 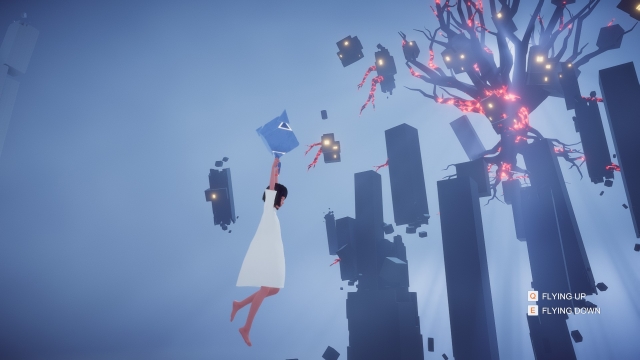 In this title from the makers of My Time at Portia, you take on the role of Maya, a young child in a world of cubes and perfectly spherical killer robots. The robots, imaginatively called “roundybots”, will destroy you on sight, so you have to sneak around them to get to the end of each level. Moving too fast, making too much noise, or even jumping, will all cause them to turn around and disintegrate you, so stealth is the order of the day here. The roundybots have a visible field of vision, so you know exactly what to avoid. This should make the game easy in theory, but even with this obvious mechanic, some fiendishly difficult puzzles make this a tough game to get through.

Throughout Ever Forward, you’ll be mainly using the cubes as keys to unlock the exits from puzzles, or tossing them places to attract the attention of the roundybots. That’s largely all there is to the game, but the levels are crafted very carefully to help avoid making everything feel repetitive. That said, a few extra mechanics do get introduced towards the end of the game. Gameplay is interspersed with cut scenes telling the story of how Maya found herself in this harsh environment and why the roundybots came to be in the first place. It’s all very interesting, and definitely helps to break up what could otherwise be a fairly mundane adventure. 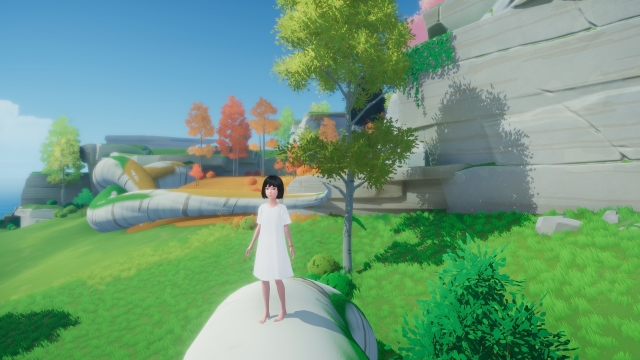 There’s a juxtaposition of lush beauty from forests and beach environments and harsh coldness from the angular brutalist architecture of the puzzle sections. There’s also quite an interesting mix of art styles, with the majority of the game being portrayed in a low-poly style and Maya herself being a realistic detailed model. It gives Ever Forward a very unique look that stands out.

Along with the lovely graphics, the game’s score deserves a mention. With lovely lilting ambient music throughout the game, it’s quite relaxing, although the aforementioned super-hard puzzles are a bit of a contrast to this. With the overall slow pace of the game (Maya automatically switches to a creep when she gets near roundbybots) this isn’t a game to play if you want an adrenaline rush, but more one for a Sunday afternoon chill out. Not everyone will enjoy this, and I admit that I found myself wishing for a little more action on a few occasions. If you like your gaming on the sedate side, then this will be right up your alley. Ever Forward also isn’t the longest game that you will ever play. There are a relatively small number of puzzles here, slightly fewer than the original Portal. That isn’t a terrible thing, as there’s nothing worse than a game which is artificially lengthened, but it does mean that value for money is something that needs factoring in. With a low price point, the value isn’t dreadful, but with larger first-person puzzles like The Talos Principle or QUBE 2 costing the same, you don’t get as much bang for your buck as some might like.

Overall, whilst I did enjoy my time playing Ever Forward, I can’t help thinking that just a few tweaks to the difficulty level and a bit more urgency in one or two sections and it would have been a great game. As it is, it’s a good game, but not one that I’ll be raving about for years to come. 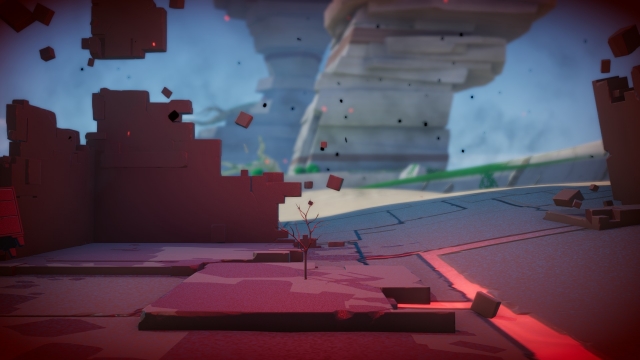 Ever Forward (Reviewed on Windows)

With some quite tricky puzzles, Ever Forward is a rather challenging puzzler. The luscious graphics and lovely soundtrack definitely help the experience, but I’d have liked a bit more game. The pacing is a touch on the slow side too, so not one for the impatient.

Ever Forward Launching on Steam