Evil Glitch is a top-down retro shooter that feels like a combination of Asteroids meets Matrix, if its main colour palette was blue. Taking a fourth wall breaking and meta approach of narrative, the game does very little in its writing be a good game. But what it does do in terms of core gameplay loop is provide a solid experience, except even then it isn’t smooth sailing in that regard.

Games within this genre need to be mechanically responsive and be rewarding in order to satiate a player’s experience. Raising beyond this limit, it needs a mechanic as its defining factor to truly grab someone’s attention. Meeting the first expectation, Evil Glitch feels like a game that is constantly fighting against tooth and nail to kill you in fair and unfair methods. Of the unfair systems was the game’s sudden frame drops which were more slow downs than actual frame drops. Whilst this is arguably more personal preference here, the game’s transition between some levels will resort in the game slow downing to mimic a hack effect. This doesn’t actively affect the level, but the VCR scrubbing effect is very much style over substance. As an addon comment here, integrated graphics aren’t recommended at all in this regard, as several times the frames dropped felt inconsistent. So if you’re also running a laptop with a dedicated graphics chip, double check to ensure it’s running off that. Performance overall wasn’t as stable as hoped, although the busyness and overlaid effects are somewhat understandable. 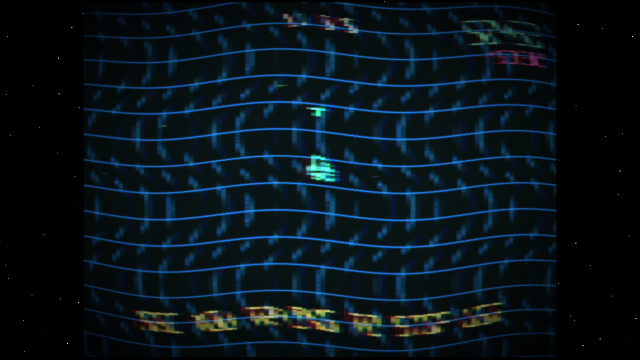 As said the “narrative”, if it can be labeled that, is marmit like in this situation: love it or hate it. The game isn’t likable here, which is made worse due to the tutorial actively punishing you and feeling unnecessarily aggressive. To begin with, the tutorial uses very gamer-y terms like “noob” and “get good”. The tutorial will reset fully if you die, meaning you won’t be able to learn everything without unnecessary retry and error. When tutorials are meant to be the shallow end of the learning pool, it practically throws you into the middle of the swimming pool when you’re still learning to swim with inflatables equipped. This isn’t a huge turnoff, but the game feels like a game that depending on the person will range from irksome to outright hating it for its ruthless approach to the player.

Negativity aside, this is nonetheless a fun game. Its main campaign of three phases are short but sweet affairs for the most part. The endless modes provide an ample area of difficulty, as does survival. All in all, it does it what it says it does. Aesthetically it’s nice, using vector-ike graphics it’s almost Geometry Wars looking in that regard. For its price it’s good. But try as I might, I can’t help but feel lukewarm on a title like this which feels like a bargain bucket game from your supermarket. Just that’s probably more premium playing and feeling than your knockoff game.

For some people this is more a 7-8 game. But when its main feature is arcady without substantial main or side content. This is a game that is best appreciated as a recommendation for those looking for a short solid gameplay experience. As opposed to a game-changing, eye-opener of a title.

As an avid retro gamer, I was hoping this might be pretty good. Sounds like it'll be one to swerve :(

If this were in an arcade stall and not on a PC, I think this is probably great game from that bygone era of coin devouring machines for a good few minutes. But it feels outdated compared to other retro inspired top down shooter games.