This year has been a difficult one for motorsport fans. With most events thus far being cancelled due to the ongoing Coronavirus situation, organisers have been having to find new ways to engage fans. Due to this, the popularity of sim racing has taken a massive upturn, with the official F1 channels hosting races using Codemaster’s previous entry in the franchise. As a result, it feels like F1 has had something of a notoriety boost with people who wouldn’t normally watch the sport, as they’ve seen internet personalities they follow take part alongside professional drivers. 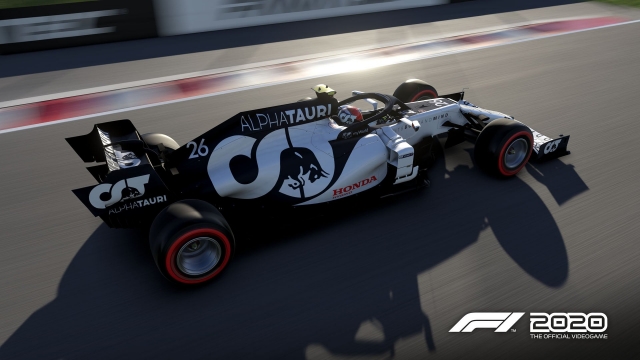 I made note on last year's entry that it’s pretty difficult to keep innovating with a franchise like F1, usually being tied to team and livery updates, but I also alluded to a few key things that were added in 2019 that I’d like to have seen expanded. Did I get my wishes?

Yes. And then some.

One of my favourite additions to 2019 was the F2 feeder series, giving you that additional sense of progression to move into your F1 career with. However, it felt much too short at the time, being a limited couple of events where you join mid race. Not in 2020. Now you have control over just how much F2 you want to compete in. Go all in and do the full F2 season’s races, or follow 2019’s footsteps and only compete in a handful. Alternatively, scrap it altogether and dive right into your F1 contract. This additional depth adds so much more to the feeling of progression within your driver career than before. 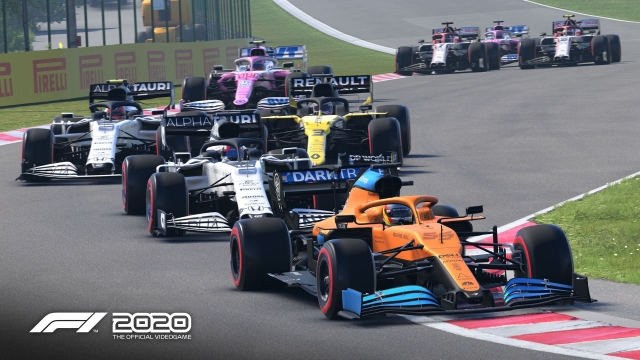 There’s also the new “My Team” mode, which allows you to be owner-driver of your own team, in which you have to make all of the decisions whilst knowing how to pull in a good lap time on the track. You get to choose a full swathe of options, from team colours, car livery, team mate, sponsors through to research and development and your team mate on the track. Yes, Mahaveer Raghunathan is available and should be everyone’s obvious choice, surely.

Graphically, the game looks every bit as stunning as we’ve come to expect from the maturity of the Ego engine at this point, with particular notes to be made toward night racing and the atmosphere of the lighting that goes along with. Tyres have that sticky sheen to them as well, degrading as you tear out of the pits and around the track, which is a nice touch. If I was to get really nit-picky, I’d have to mention that the wing mirrors on the cars don’t update at the locked 60 FPS you get in the rest of the game, but given you don’t see those mirrors for the most part, it’s not much of a problem. Thankfully, that doesn’t affect the new “virtual rear view” mirror that’s been added, which should prove to be a welcome addition for multiplayer racers where having more awareness of who is around you can make the difference between a clean apex and a nasty accident. 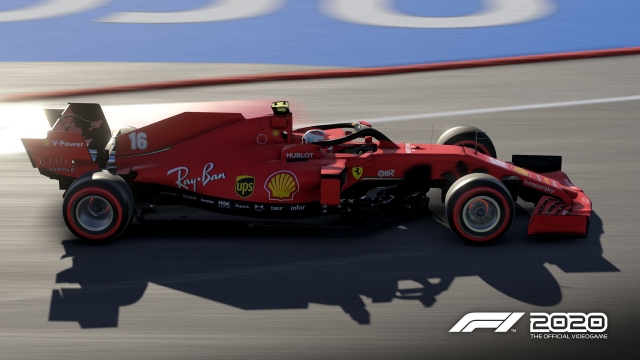 Audibly, the engines sound great and you can feel the power of the engines as you tear around. It’s hard to really find anything problematic audio wise, but we can put this down to the number of iterations that Codemasters have had in this series to really dial things in.
If you have concerns about whether you’ll be able to control the car, don’t worry, as in 2020 you’re covered by the new “Casual” setup which adds in a layer of assists to the game such as assisted braking and steering so even the most novice of F1 drivers can find their way around Monaco at speeds up to 170mph. There’s also the addition of Podium Pass, which is similar in vein to the season passes you see in titles like PUBG or Rocket League. It’s a neat way to deliver additional customisation options such as driver gear or liveries for your cars - and the VIP rewards tier is an optional extra you buy with Pit Points, earned through both gameplay or via microtransactions, but this is entirely optional.

There’s still a couple of smaller things that could benefit new players; the tutorials you’re given whilst racing are easy to miss if you’re caught up in the action. It’s not a problem for seasoned players, but trying to learn about ERS and DRS whilst tearing around Melbourne. Secondly, finding the right level of AI difficulty can be a game of patience, as you swing back and forth finding a level that you’re competitive against, whilst not being a complete pushover.

Overall, F1 2020 is a stunning entry into the franchise, and Codemasters should be proud of what they’ve accomplished, bringing big features like My Team into the game whilst maintaining the level of satisfaction from the core gameplay.

This is the pinnacle of Formula 1 in videogame form. In a year fraught with difficulties for real world motorsport, Codemasters have delivered a solid experience that should keep you in the hot seat, especially with the immersion factor of the new My Team mode.