Faraday Protocol is a first-person puzzle adventure game and a completely different genre than my usual choice of game. I haven’t played a first-person puzzle game since I played the original Tomb Raider on my PC as a kid, so it’s been a while. Faraday Protocol starts with your character, Raug Zeekon, inside a capsule that is in a water-filled chamber. Raug is a galactic archaeologist who has been sent to the ancient planet Opis to investigate an unidentified signal originating from there. There are no signs of organic life on the planet, so who is sending the signal? Raug has to work his way through a series of tests and trials that will expose the secrets of this mysterious place. 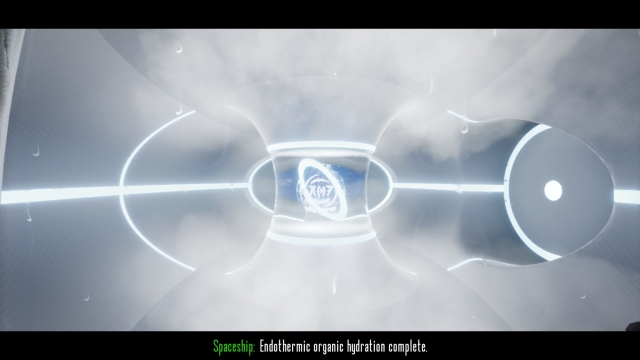 Faraday Protocol keeps your character in the dark and doesn't tell you anything about this planet you have landed on. The secrets are slowly revealed to you as you solve the puzzles presented. The game doesn’t hold your hand and show you exactly what you need to do; it will take a lot of trial and error, observation, and exploring in each room to find everything you have to do to progress. At the beginning of the game, your character can only walk around, jump, and interact with objects. Faraday Protocol doesn’t have a tutorial section like a lot of games do, but it does a good job of leading you to the place where you need to go next. 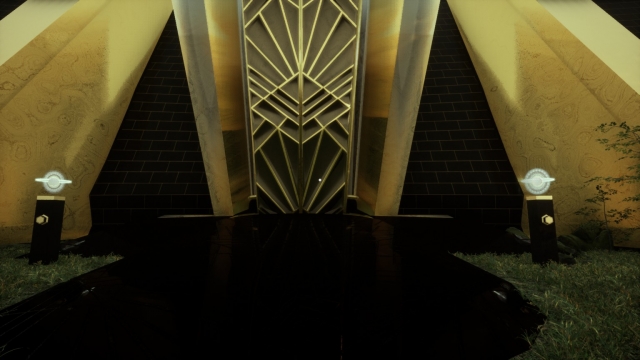 This game reminded me of an escape room where you have to search every room to find buttons and switches to press, revealing previously unseen areas, platforms, and other items you need to solve the puzzles to advance to the next area. Be sure to look all around you as the switches can be hidden on the back side of statues, or in shadows you may normally overlook. There may be clues like a symbol that needs to be exposed to open the matching door, so keep your eyes open and look at everything. 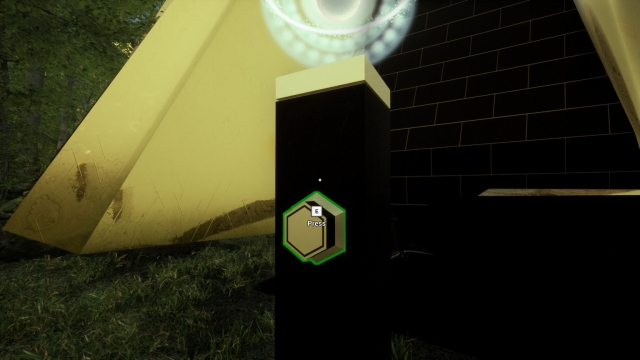 As the story progresses, Raug discovers a golden pistol relic called the Bia Tool. This pistol is used not to shoot enemies but instead to solve puzzles. This gun only has one shot, but the energy round that it fires can be absorbed again to use with another target. Since there is no additional ammunition to pick up, you will need to repeatedly absorb that energy again, or else you won’t be able to shoot. For example, some statues need the energy from the gun to be activated, so once you fire, it will take some thinking and planning to get to a spot where you can absorb the energy again without making something that was activated disappear. It sounds confusing, but when you are in the game, it is a lot more intuitive. 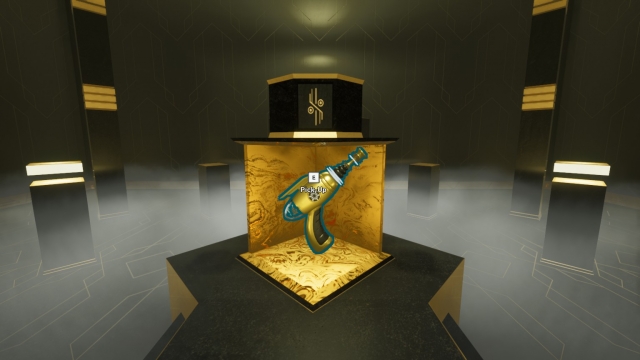 Faraday Protocol does a good job of managing the difficulty of the puzzles. Each new area starts you off with a simple puzzle to solve and progresses in complexity from there. The environments and graphics in the game feel like a combination of futuristic and ancient Egyptian design. The game’s colour scheme is primarily black with a lot of gold wall accents and decor, though some of the puzzles have futuristic elements, like lasers, that are colourful and create a nice contrast. The futuristic and ancient decorations all blend together nicely, creating an environment that is really pleasing to look at and mysterious all at the same time. Having the golden-coloured carvings that resembled hieroglyphics and antique-looking relics was a beautiful touch in combining the feel of the two different time periods. The soundtrack does a great job mirroring the visuals of the game. The ambient music creates an environment that feels desolate and full of mystery, with a futuristic voice-over filling in pieces of the story as you progress through the rooms. 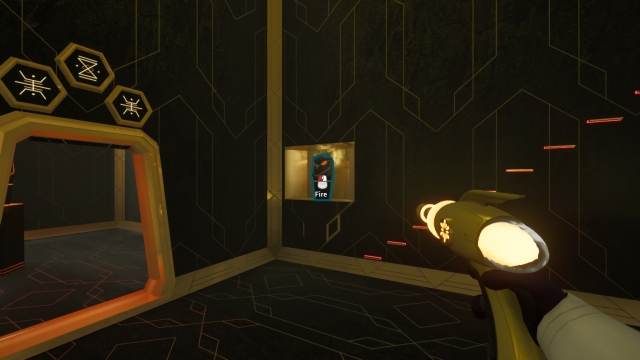 Faraday Protocol is for people looking for a game that will work their brains while having an interesting story. If you are someone who is not a big fan of puzzle games, this may not be the game for you. Depending on how good you are at solving puzzles, you may be able to get through the game in about five hours; if not it will obviously take longer, especially if you are trying to collect all of the hidden relics. Either way, you will have a compelling story to keep you motivated! 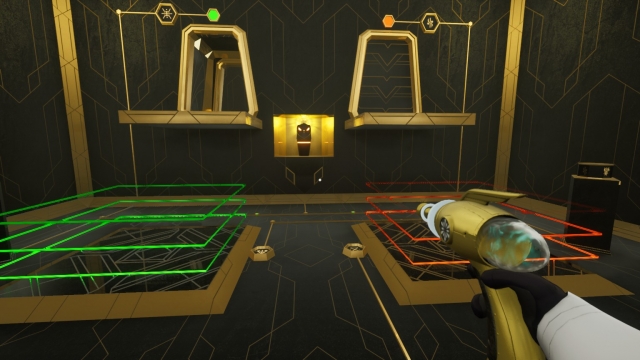 Faraday Protocol is an interesting first-person puzzle game that has an intriguing storyline and puzzles to challenge your brain. The unique combination of futuristic visuals and Egyptian themed elements creates a mysterious and unique world for you to explore.