As far as a football game goes, there is only so much you can do. This has been the challenge for every half-decent football game ever made: how to improve on a very iterative design without breaking the core gameplay. FIFA tackles this head on by delivering just a few touchups to its existing systems to improve the overall package. If you played last year’s game, you’ll feel right at home.

So what’s changed? Goalkeepers are improved with animations and an improved AI to create a more competitive goalmouth experience. This leads to more than just charging into the box and then making sure to gauge the right amount of power, like in previous titles. Now you have to think about the positioning of the keeper and how he will react to your shot angle, positioning and power. A fantastic addition and one that really creates emotion in those tension-filled, 18-yard box moments. 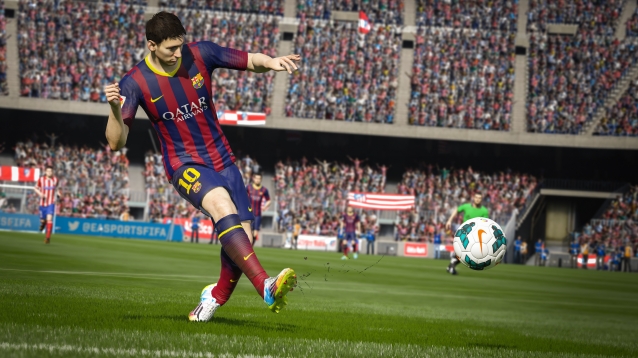 Add to this the new player balance and ball physics introduced in FIFA 15 and you get a feast of unpredictable moments that never disappoint. This turns every tackle into a chance decision that never ends the same way twice, causing tense encounters all over the pitch. The new balance and movement is visible in the fantastic way players move out of challenges and into tackles and shots, bringing a new level of realism to football games in general.

This is all tied into the new control features exhibited by players while in possession of the ball. Players will now actively keep the ball closer to their feet and move more organically with it. This gives the player much more control over the action and execution of moving individuals within their team, making even the simple act of dribbling feel much more intuitive and skillful. 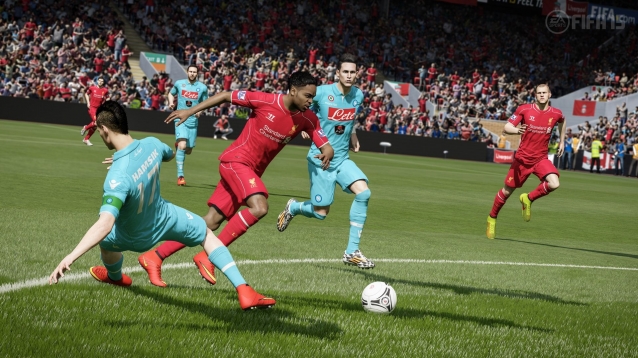 The only real issues are the ones that have plagued football games since their very inception. Some janky movement animations that looks very unrealistic and takes you straight out of the immersion that the rest of the gameplay manages to build. Also, while new crowd animations and sound have been added, they sometimes are a little too loud or, frankly, not really noticeable.

Commentary, on the other hand, is actually fantastically delivered. With the Xbox One version we tested, the commentators would actively comment on my own reactions when I was shouting at the ref for poor decisions, and even slyly mock me when I would contest an offside call, using the Kinect in an interesting and innovative way. 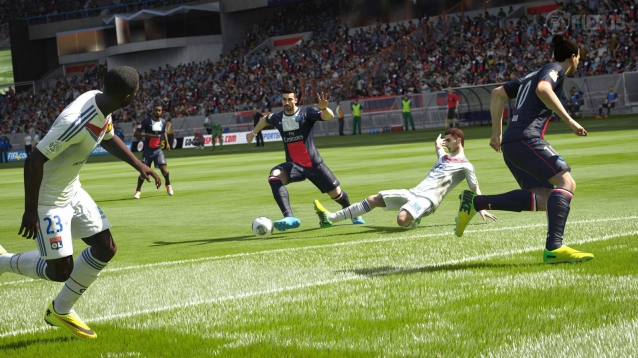 The information imparted about different players and teams is also extremely impressive, with commentators giving their opinions on a specific player and his recent form in the real world. This is a feature that always seems to be overlooked, but it’s nice to see some attention paid to it as it’s such a constant and important part of the world of FIFA and football as a whole.

Ultimate Team (a mode that sees you opening packs of random items and players to build your own squad) has seen new features as well while, again, keeping the existing mode intact. The new loan feature allows players to take better individuals into their team on a short basis, for a small charge, negating the need to grind for packs as much as the previous iteration. Concept Squad is also a new feature allowing you to create your dream squads and see if certain player combinations will work in the confines of the mode’s chemistry mechanic. This feature allows you to try out various player combinations, seeing which one results in the best team chemistry, whether it is formed from playing for the same club or being from the same country. With such a wide range of player combinations, it’s easy to understand why it’s one of FIFA’s biggest selling points. 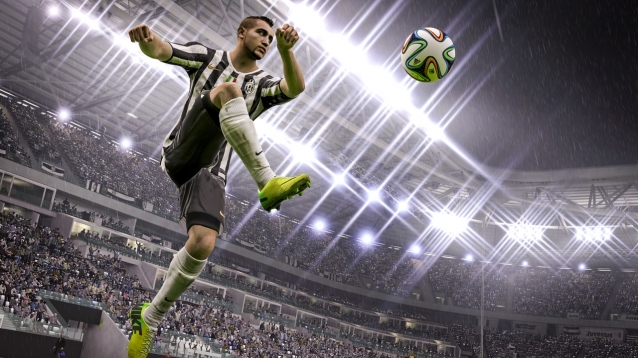 FIFA is a game about making you feel like a superstar. The game excels at creating moments that induce feelings of immense pleasure from periods of extended play. While the game is essentially the same old FIFA you know and love, it’s a testament to the formula that it never seems to get old. With every feature you can imagine still here and improved, and more added for this year’s iteration, you’re left with a solid football game that gives you all the tools to enjoy playing for another year.

In the end this is what FIFA 15 does best: improvement. Instead of going all out and building a whole new game, the dev team have managed to add tiny aspects of the real life game that makes the core digital game more authentic and interesting to play. With added features to its own special Ultimate Team mode, that make it more welcoming and inviting right off the bat, not to mention the plethora of already existing features; FIFA 15 ultimatelyproves iteration isn’t always a bad thing.

Fifa 15 (Reviewed on Xbox One)

FIFA is a game about making you feel like a superstar. The game excels at creating moments that induce feelings of immense pleasure from periods of extended play. While the game is essentially the same old FIFA you know and love, it’s a testament to the formula that it never seems to get old. With every feature you can imagine still here and improved, and more added for this year’s iteration, you’re left with a solid football game that gives you all the tools to enjoy playing for another year.

This game was supplied by the publisher or relevant PR company for the purposes of review
What's your favourite part of FIFA 15? Let us know below!