Final Fantasy IX is a bit of an enigma. Often seen as the runt of the PlayStation liter, contrasting with VII and VIII’s angsty, serious, sci-fi setting, many fans felt IX’s fantasy backdrop and cartoonish character models were a step back for the series. This has led to a lot of fans skipping over the IXth installment, however to those of us who jumped into the fantasy adventure see it as one of, if not the, best of the Final Fantasy series, currently having the highest score on Metacritic. Now that it’s been re-released on Steam it’s time for everyone to partake in the adventure of a lifetime! 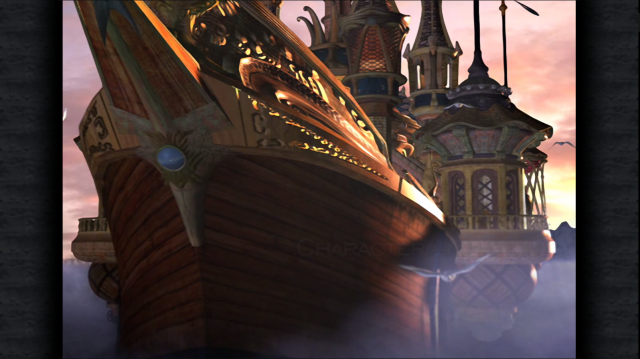 Final Fantasy IX’s story is all about life. What one does with it, what one can do with it and what one does when faced with its inevitable end. The game will have you exploring the world of Gaia as a colourful cast of characters. Starting in the Kingdom of Alexandria, the player will be tasked with branching out into the world to uncover the identity of a mysterious figure, reunite a kingdom befallen by greed, save a continent from war, come to terms with the meaning of existence and discover the cure for being an oglop!

For the most part the player is put in the shoes of Zidane, monkey-tailed member of the thief group Tantalus. With a happy-go-lucky attitude and charm, Zidane is a departure from the melancholy of Cloud and Squall, the protagonists of the PlayStations of Final Fantasy games, VII and VIII. Zidane is joined by one of the best casts in the Final Fantasy series, not just the main cast either, it also has a brilliant supporting cast, I would happily pay for DLC that lets you play as Beatrix and/or Blank as part of the main party, beyond their story segments.

The cast, for the most part, is brilliantly fleshed out, each having their moments in the spotlight. Seeking the answers to their own personal questions on life, their position in it and the true nature of their identity to answer. The player gets to watch their individual stories evolve and grow as characters. Many times the plot playing out more like a play than a videogame. As the game progresses you truly bond with these characters, far beyond the superficiality of who will do the most damage in your party.

Unlike newer Japanese Role Playing Games (JRPG’s), Final Fantasy IX has you encountering random battles. While roaming the world the screen will suddenly freeze, go all swishy, the music will change and you’ll be dropped into the battle screen. After a sweep of the scenery you will be ready to battle evil! 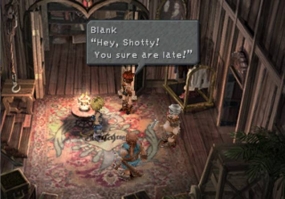 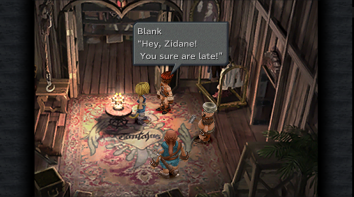 The battle system is pure JRPG; the heroes stand opposite the enemy and each patiently wait their turn to make their moves, truly a gentleman's fight. Those who aren’t used to the classic battle style might find it slow and drags on, but that would be missing the point. Final Fantasy IX has an ATB (Active Time Battle) system, where you wait for a bar to fill before you can attack. This is meant to give you time to assess the situation and come up with strategies to defeat the foe(s). This can lead to some truly epic battles, and while not as fast paced as other Final Fantasy battle systems it’s at least infinitely more involving than XIII’s ‘ press A/X to win’ battles -_-.

Personally I don’t think the battle system needs changing, however, the Steam remake could have done with making the transitions into battle more streamlined. Having to wait for the game to take you from the map to the battle screen can get a bit tedious, especially when you’re on the over world map, trying to find where you’re supposed to be going. The main problem is having to wait for the camera to pan all around the battlefield before the fight can begin. There is no reason for this and could allow the game to flow better if it were removed.

Once you have vanquished your foes you will get the expected experience points that’ll level up your chosen characters, only members who are a part of the battle, and stayed alive, will get any rewards. You’ll also get AP (Ability Points), these are points that’ll allow you to learn new abilities and skills. You don’t learn new skills and abilities from gaining AP alone, you acquire the new skills from weapons, armour and jewelry. Most equipable items come with one or more skills and/or abilities, and while they are equipped the abilities or skills bar will slowly fill as you gain more AP. Once filled you are able to use the skill or ability. Abilities are things that will cause a reflex action in battle, or increase the damage dealt to a certain enemy type or protect you from certain status ailments. Before the ability will become active you’ll need to “equip” it from the ability screen. If you press “select” you’ll get a helpful moogle that’ll tell you all about what the different abilities will do. Skills are just things that’ll be used in battle and cost MP (magic points) to use.

The story, characters and battle system has been just simply lifted from the original PlayStation release, what older fans will recognise that the Steam port has improved on is the character models. With its unique style, IX doesn’t need the VII remake treatment, it just needs a smoothing of the edges in the same vein as Final Fantasy X’s HD remaster and the Steam port starts on this road. Unfortunately Square Enix have only buffed up the character models, leaving the backgrounds as they were in the original PlayStation release. This gives the effect of having a really crisp, clear character moving on a low res background, creating a weird disconnect between the character and the background.

Another slight disappointment with the Steam port is the menu and speech boxes. In the PlayStation version the menu and speech boxes had their own special style, as well as having its own text font, however in the Steam port Square has changed it to a boring generic font on top of a bland grey background. May not be a major change but to me it has taken away something of the character and charm the original release had, which is shame really. 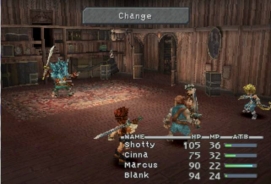 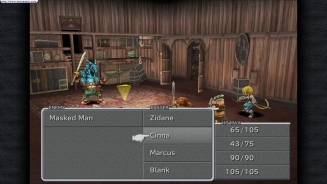 What they haven’t changed, and didn’t need too, are the FMV’s (Full Motion Video). These were amazing in the original release, truly beautiful, even after 16 years they still look amazing, being able to rival the cut scenes of more modern games. Just with less lens flare. Along side one of Nobuo Uematsu's greatest scores to date (I will allow an argument for X having a better soundtrack) the game has a great atmosphere, and even without the addition of voice acting you will be taken on a roller coaster of emotions.

Overall the Steam port does a brilliant job of bringing Final Fantasy IX into the present day consciousness, giving people the chance to experience an amazing fantasy JRPG adventure. If you passed this up when it was originally released on the PlayStation or just didn’t have the ability the first time round I HIGHLY recommend you give it a go on Steam, you will not be disappointed!

A brilliant remastering of a PlayStation classic. While Square Enix could have gone further with the remastering you are still treated to an amazing story, a brilliant cast of characters in a beautiful world ready to be explored and loved by all. Definitely get your wallet out for this game!

This Boote was made for playing videogames.