Flix and Chill is a dating simulator for the modern romantic. Created by developer Jason Lovett, the game tasks the player with maneuvering their way through a series of dates with the opposite sex, saying just the right things in just the right ways to get them back to their place.

The game has five dates all in all that can be mastered or failed at respectively. Four of which you play as a man and one in which you play a woman. Despite the title, only one of the scenarios actually involves watching Netflix with someone, with the rest taking place at a coffee shop, a nightclub, a dance class and an arcade. The four non-Netflix stages are surprisingly far easier than the original opening level that Lovett designed. 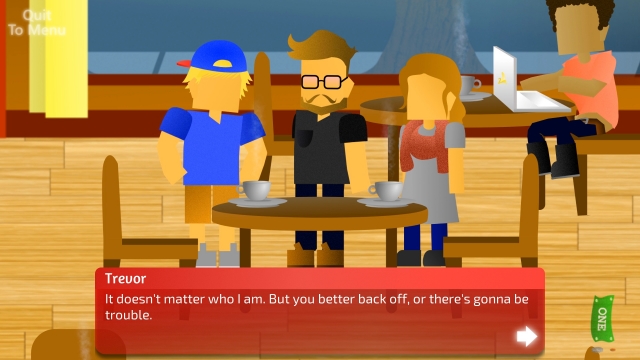 In each date the player must select from a range of dialogue and action choices to try and woo their potential boo. In most cases it’s fairly obvious which choice is the right one if the player reads carefully what their opposite number says about themselves. The only exception to the rule is the aforementioned first level, in which I spent multiple attempts trying to say the right things and failed nearly every time.

The game has a decent amount of replayability, though if you want to just complete every stage and leave it at that then the total playtime can fall in at under an hour. Lovett has built in a number of achievements to encourage players to try the scenarios more than once, though once you’ve completed a stage it’s hard to muster up the effort to try again and use different dialogues. There are some unexpected consequences to the dates, including one where your potential bae walks off with her artsy hipster ex-boyfriend instead of you. Flix and Chill does chuck a few mini games in your way to keep you on your toes, but they’re not much more than a formality. 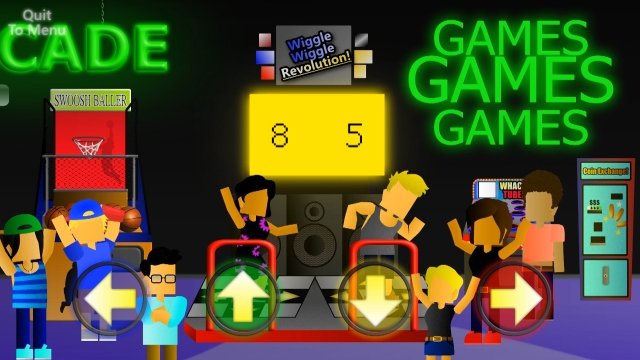 The game’s graphics are fairly basic, but functional. The creator does lampoon the art style in a few of the dialogue choices, but it’s hard to imagine many ways in which it could be improved further. After all, a dating simulator is rarely about the graphics. Flix and Chill isn’t too well furnished in the sound department, which is a shame, as the canned music, after it’s repeated four or five times, can get quite grating.

At the end of the day Flix and Chill sits on Steam at a ridiculously low price point of 79p. For that outlay you get a decently designed dating simulator with some witty moments and a good amount of choice. Don’t go in expecting more than that and you’ll be rewarded well.

Flix and Chill (Reviewed on Windows)

For the price you get a decently designed dating simulator with some witty moments and a good amount of choice. Don’t go in expecting more than that and you’ll be rewarded well.

Sounds like you get your £1=1 hour value, at least.

Also, you called it Netflix, when clearly it's Flix. :P