Collection is a funny word. It’s one of those odd terms in the English language that sort of has a meaning, but it’s quite vague and open to interpretation. The main point for debate is how many items make up a collection? For example, I have around 30-odd games consoles now, so I think it’s safe to say that I have a collection of them. What of things where I possess fewer though? I keep two tin openers in the kitchen, does that mean I also collect tin openers? I also have two hammers, but I don’t think it would be fair to refer to me as a rabid collector of hammers. Loveshack Entertainment and Surprise Attack Games might disagree however, as their dual pack of mobile titles re-published on the Switch has been dubbed the Framed Collection. Semantics aside, let’s see if it’s actually any good.

Framed and its sequel were originally released as mobile titles back in 2014, and whilst developer Loveshack haven’t made any other games since, they have been hard at work porting the game to Steam and the Switch. The latter of those two ports is what I was playing for this review.

If you’re not already familiar with the games, they’re something a little bit unique. They’re puzzle games that see you trying to get your silhouetted trilby-wearing hero from one end of the screen to the other via a series of comic book panels. The idea is that you rearrange the panels in order to make sure that the action flows in such a way as to avoid getting caught. It’s a noir comic book that you are in control of essentially, and I’m not sure I’ve played anything quite like it, even four years after the initial release. 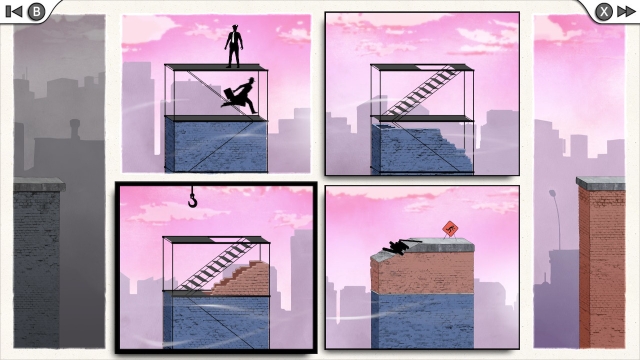 The mobile roots of these titles shows up during play, with the game definitely more comfortable to play on the touchscreen. It’s playable on the big screen, but it’s more at home when I can jab at the action with my sausage fingers. It’s also quite short, with gameplay being only a few hours. That’s fine for me though, as the game is pretty cheap anyway. It’s not quite as cheap as the mobile version, and there’s not much added in comparison to that edition, but you do get some super sexy high-def visuals so the game looks a bit crisper and cleaner here. For the slight increase in price, I’d say it’s worth it, but if you already own the originals on a mobile, this won’t add anything that you don’t already have.

Kudos is due for the game’s excellent smooth jazz soundtrack. It’s perfectly evocative of that classic French film noir era of cinema that it channels, and I enjoyed it immensely. It’s handy that I did, because dialogue is non-existent. The story is told entirely through the actions of characters, and a surprising amount of body language is conveyed through characters that are basically just 2D shadows most of the time. There are a few cut-scenes that have more detailed graphics, but these are still wordless, punctuated with sound effects and a dramatic score. 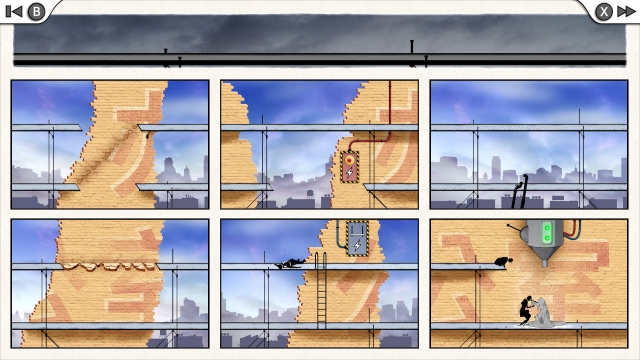 Both games play pretty much identically, with the first game being set after the second, and both of them pretty much keeping the same formula intact. That’s no bad thing though as it’s a good formula, and kept me entertained throughout. With a bit of logic, most of the puzzles are fairly easily solvable, but there’s a few real head scratchers, especially when you reach some of the later levels that let you re-use panels to go back into the same scene.

Framed Collection is easily one of the more unique puzzle games that I’ve played. In a genre drowning in match-three games, freemium shovelware, and Bust-a-Move clones, it’s brilliant to see a puzzle game that does something totally different. Now they’ve ported their opus magnum, I really hope Loveshack start working on some more games, as the puzzle game world really needs developers with some ingenuity at the moment. 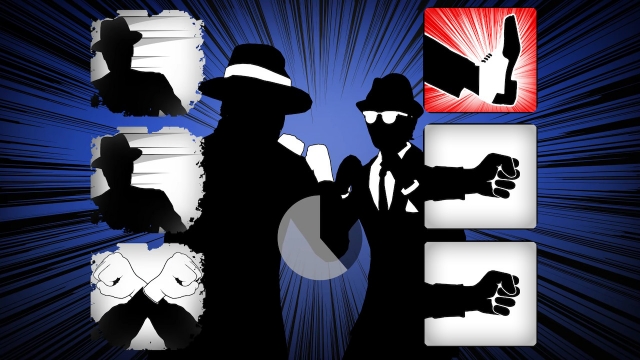 A great little pair of puzzle games here. Nothing new for owners of the iOS and Android versions, but if you don’t already have them, this is definitely worth a play.