Currently, it’s a really good time to be a fan of 2D platform games. With Rayman back in full swing, Sonic Mania receiving a tonne of accolades and Bubsy the Bobcat back, there hasn’t been a better time to be a fan of running from left to right since the 90s. Freedom Planet is actually a slightly older platformer, with the game originally being released on Steam back in 2014, but today I’m reviewing the shiny new Switch version. With a sequel due next year, now could be the perfect time to learn about the franchise.

The first thing that is very noticeable about Freedom Planet is the inspiration that it takes from the Sonic the Hedgehog series. The game started life as a fan game before gaining a life as a franchise of its own during development, so this is understandable. Whilst the similarities are there such as the speed, level design, and art style, this is very much its own game. 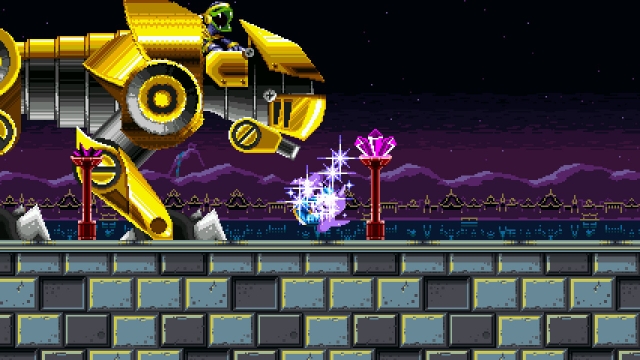 This version comes with no extras compared to the other versions, so if you already own the game on another platform such as the Wii U or PC, then you won’t find anything new here. The ability to play the game through again whilst on a train might appeal, but don’t expect any new bells and whistles a la Sonic Mania Plus. It’s a great game to start with, so this isn’t a major problem in itself, just something to be aware of if you’re re-buying the game.

Just like the games that influenced it, Freedom Planet features the usual plot of freeing the world from the clutches of an evil genius with lots of robotic creations, and sees you running as fast as possible through various environments to do so. There’s no jumping on the heads of enemies, instead you have weapons and special moves at your disposal. Depending on which of the three characters you choose to play as, this could be a spinning attack, a shield, or even a motorbike you can ride through the levels. This also means that there are different potential routes through the levels depending on which character you play as. The levels are very well designed so you won’t feel like you’re missing out too much, but it does give a reason to replay the game as another character after completion. 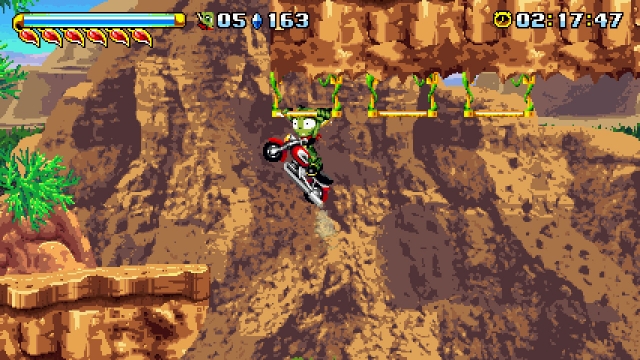 There’s also two ways to play the game: a fully-voiced story mode with multiple cut scenes explaining what’s happening, as well as a “Classic” mode that just plays one level after another. Personally, I preferred the latter, as the cutscenes were a little on the long side for a game this speedy in my opinion. It’s a decent enough story, albeit a little cliched. It does make the game feel a bit like a Saturday morning cartoon in terms of style and voice acting, but not necessarily one of the better ones. Think Biker Mice from Mars or Samurai Pizza Cats rather than Teenage Mutant Hero Turtles or Thundercats. There’s nothing wrong with it, but it didn’t really need to be there and for me it didn’t add enough to the game to stop me from skipping some of the longer scenes along the way.

Moving on from the story though, with a platformer, it’s all about how it plays. The 16-bit era that this game apes was littered with platform games, many of them pale imitations of the classics. I’m pleased to report that Freedom Planet is a superb recreation of the genre. There’s everything here that you need for a great game. The levels are huge and sprawling with plenty of secrets to be discovered and lots of nice little set pieces throughout. The bosses are ridiculously huge in many cases and tough as nails, but not so much so that you’ll get frustrated. Most levels have mini-bosses throughout, and enemy variety is really good. Music was created in-house and is also superb, sounding like a crisper and more modern interpretation of what we had in the background back in the ‘90s.

This is clearly a game that takes its inspiration seriously, and is a lovingly-crafted tribute to a genre of games that a lot of people, myself included, are really fond of. The art is colourful and bright, the action is fast and raucous (and the Switch doesn’t even have blast processing!), and the whole game feels like an extension of what we loved back in the day. It might not bring anything new to the table compared to earlier releases, but when a game is this good, it doesn't matter. If you haven’t already played this then don’t hesitate to pick it up on the eStore. 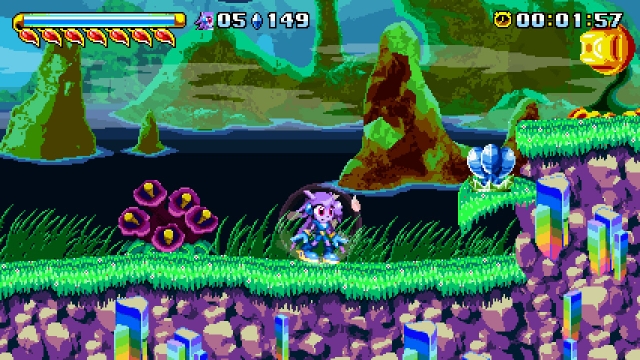 This is clearly a game that takes its inspiration seriously, and is a lovingly-crafted tribute to a genre of games that a lot of people, are really fond of. No new additions compared to previous releases, but if you haven’t already played this then don’t hesitate to pick it up on the eStore.

So I Tried… Freedom Planet