Isn't it great to play a game that feels like a mix of two other games you love? That is precisely the feeling I get when I play Ghost Song. Developed by Old Moon, this game has you playing as a nameless character who is in search of a purpose and answers in a dangerous world. You will explore the depths of Lorian V and try to discover its secrets, all the while you fight off the hostile creatures trying to attack. 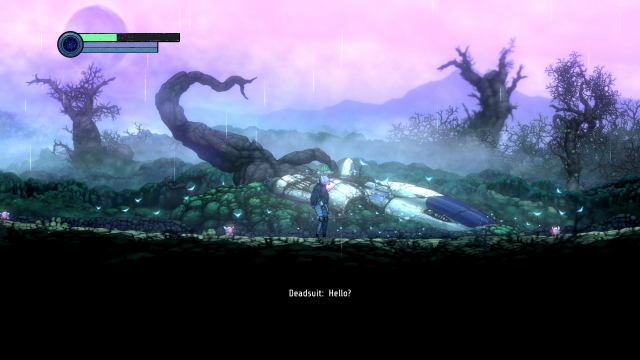 You wake up inside an armoured suit called a "Deadsuit". You don't know how you got in there, though it seems like you aren't the only person who has been within it. There are bodies of other fallen people spread around this world in similar outfits. Your suit is equipped with a map similar to the map system you find in a Metroid game. All the areas you explore are marked to see where you have been and places that look like they open up to other paths; these spots are good to explore and shoot at since chances are you can destroy that wall and open up a new entrance that you have never seen before. 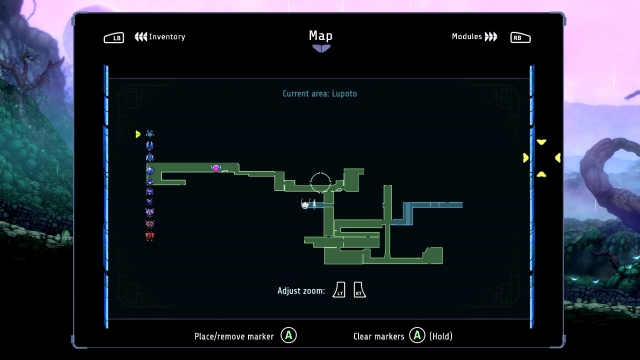 The level design in Ghost Song is beautiful; it reminds me of the environments that you would explore in Hollow Knight. With a hand-drawn feel, the enemies and elements in the foreground stand out from the background, giving the world the feeling of depth. Part of the world is above-ground on the surface, others are deep underground, and some are submerged in water. The sound is more muffled when you are in the water, just like when you put your head underwater in real life. Once you get the Flower-Step module where plants grow around your feet, the little sound that alerts you when they have popped up is excellent, so you can pick up all these health-replenishing plants. These little touches with the sound design really make Lorian V feel alive. 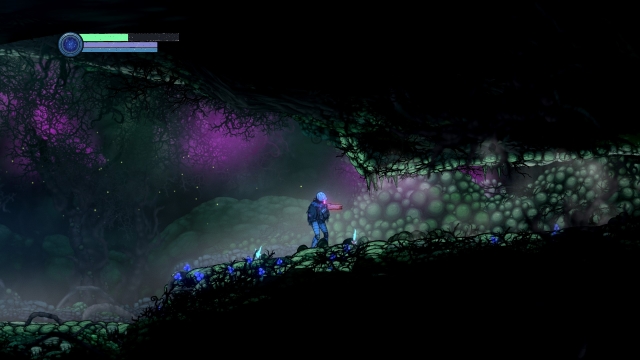 Ghost Song's world is home to a vast variety of creatures, some more violent and creepy-looking than others. Are these enemies the ones responsible for killing the ghosts who are wandering about the world? When an enemy is defeated, they will drop green pieces called NanoGel; these pieces will float over to you no matter where you are standing which is a handy feature! The gel can be used to level up different stats for your character. Three attributes can be levelled up: Gun Power, Vigour, and Resolve. When levelled, each attribute will affect the stats of HP, Heat (how fast your blaster overheats), Energy, Stamina, Gun Power, Vigour, Resolve, and Power Capacity. While playing, I tried to level up each attribute evenly — probably my slight OCD — but you can focus on the stats that you feel are most useful to you. Right beside the statue/figure where you level up your character, there is a large glowing plant where you can save your game. You will discover multiple plants throughout the world where you can save your progress, with glowing butterflies flying around it to replenish your health. But keep in mind you won't be able to level up at all these locations, only the ones with statues. As you progress, they will also allow you to fast travel to the other statue locations. This will definitely cut down on the amount of backtracking you need to do! 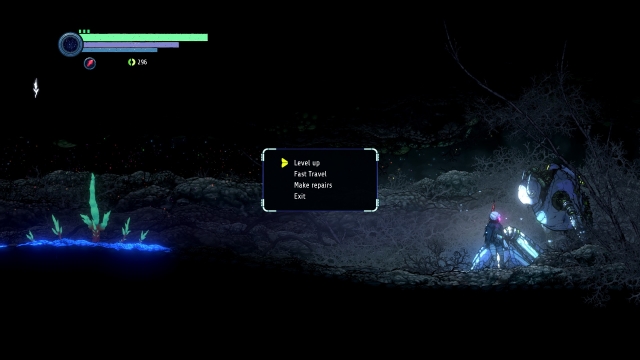 Your Deadsuit has multiple abilities that it can learn to let you access new areas you couldn't previously get to. Once you get the Phase Dash move, so much more of Lorian V is open for exploration. Your suit also has 12 slots where you can equip Blaster Modules and 27 Suit Modules that will give you new abilities — at first, you have a limited number of power slots available to use. Still, as you explore more, you will find stronger boss enemies to defeat that will reward you with modules, or they will be placed around the world. Some are used to replenish your health, others fill your energy gauge, and a few make your weapon more powerful. There are endless combinations of modules to experiment with, so it's worth switching things around to find the mix that works best for you. 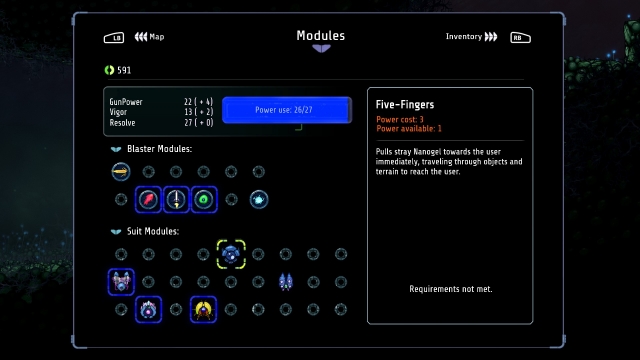 Ghost Song has a variety of different weapons that you can equip your suit with. You start with a plasma blaster that will turn red and overheat after shooting continuously for a few seconds. The closer you are to your target, the more damage you inflict, but you also have to decide if it is worth the higher chance of getting hit. If you don't want to shoot or wait for the gun to cool down, you can use your melee attack and bash the enemy with your weapon instead. As you power up and explore the world, you will find new weapons like spears and other blasters and switch between whenever the need arises. The spear is handy when fighting a group of foes where you don't have time to wait for your gun to cool down when it overheats. Standing and waiting can mean death when you are overwhelmed. If you do happen to die, you will be taken back to the last time you were saved. The gel that you collected since saving will stay at the spot where you fell. If you go back to that spot, you can recover them so they will be added to your inventory. I saved my game frequently because I didn't want to find a new module and lose it if I didn't save my progress! 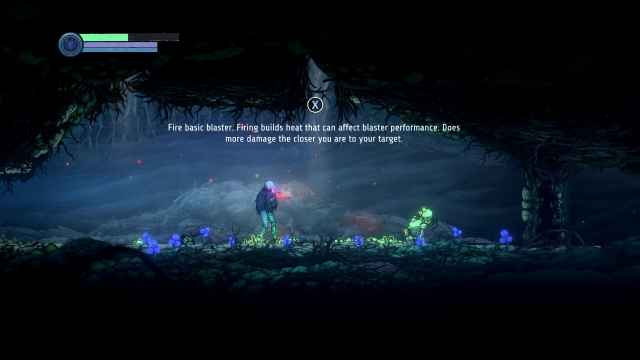 Ghost Song is a fantastic game whose mysterious story and creepy atmosphere really drew me in. Once I started playing, I found it incredibly hard to put down. It was so rewarding to discover new areas of the map I had never accessed previously or new modules to power up the Deadsuit. Finding new enemies and learning the most effective method to defeat them was fun; it made the game feel fresh and new every time I played, so it never felt repetitive. Tossing in a few enemies that scream at you to surprise you when you walk into an area is always entertaining! It definitely added to the unsettling feeling of this game. Ghost Song is a great mix of other Metroidvania-type titles; I appreciated how I never felt utterly lost and unsure of where to go. There were always new areas to discover and new characters to meet, unearthing more of my character's story, so it never felt repetitive. If you enjoy 2D platformers with a lot of exploration, beautiful environments, and various upgrades, you HAVE to play this game. It is so good; I can't recommend it enough! 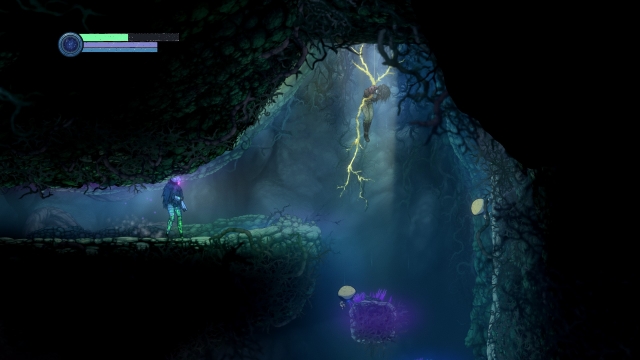 Ghost Song is the perfect mix of Metroid and Hollow Knight, creating a gorgeous-looking game full of exploration, a great story, and a creepy atmosphere. If you like Metroidvania-style games, make sure you check out this title!