Goat Simulator is one of those titles that I'd looked at and thought; "It'll only be fun for five minutes before the novelty wears off". But here I am, hours later, still playing and laughing at the sheer absurdity of the events that are unfolding.

Goat Simulator: The Bundle gives you the main game along with the Mmore Goatz expansion that adds in being a goat in the middle of a zombie apocalypse, or pretending that you're on an epic adventure in an MMO style setting, which subsequently ups this title's parody options to three wildly different genres. 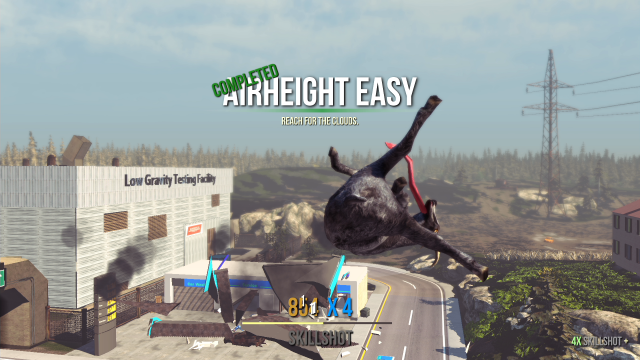 That's only the beginning of just how absurd  gets. At one point, I'd gone up an elevator to a roller coaster, hopped into a cart and licked it to 'hold on'. The absolute bat-shit insanity that followed cannot be described with words alone, it has to be experienced to do it justice. 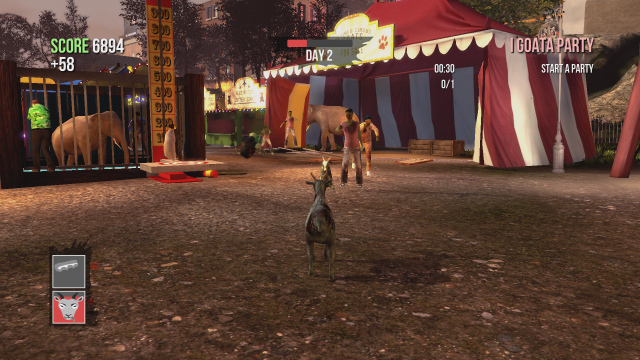 And well, that’s pretty much it as far as gameplay is concerned for the standard game. There’s a lot of crazy stuff you can achieve as a goat, and there are some ‘missions’ that feel more like a guide to the things you can do than having any bearing within the game. There’s only two levels, but they’re of a decent enough size to fit plenty of fun stuff in without you getting lost along the way. Especially given that you could be flung off in any random direction without much warning.

Moving on, I launched the Mmore Goatz expansion, to find out just how crazy that would be. Jumping into the zombie mode, I followed the tutorial through to experience what was different. You now have to defend yourself from a zombie apocalypse using headbutts and crafted weapons. There’s something to be said for a goat strapping itself up with a weapon made from a funnel, some rubber hose and a gumball machine, but I’d be kidding if I didn’t think it wasn’t a completely surreal alternative to the zombie shooters we’ve received over the last few years. 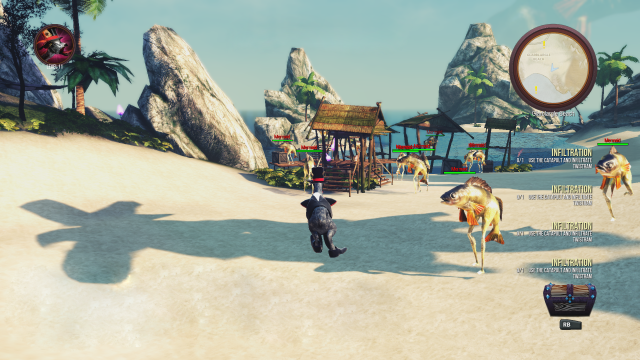 The real meat of the expansion though was the game’s unabashed take on the MMO genre. Everything from launching the game showed that there’d been considerable time and effort spent ensuring that the piss was taken in the most suitable way. From choosing a “class” of goat to play as such as the usual Rogue (who likes makeup), Hunter (who can catch fish) and the overpowered Microwave class. You know - at this point, that curveball wasn’t as surprising. During the loading screen, it mimicked some interesting things that reminded me of how The Sims caught the internet’s attention with the messages it displayed during loading.

As soon as I was dropped into the world, I was brought right back to my WoW days. The first quest challenged me with an over the top story for what amounted to picking up an item mere yards away from the quest giver - something that was imperative to the well-being of this NPC that they couldn’t go and get themselves, which really got me thinking about all of the other starting quests I’ve done in various games. I’ve never really thought about just how inane they are, or how much they stand in the way of the characters primary goal until now. I’m here to save the world. Not wake up some lazy, sleeping orcs. 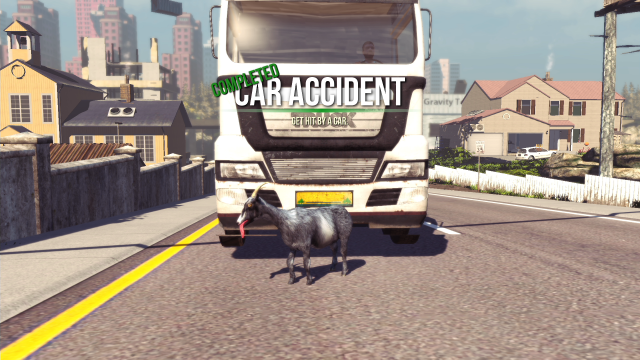 It continued into a fantastic satirical quest for an NPC named “Steve Works”. An apple aficionado but unable to find any, even though they were everywhere on the floor, surrounding him wherever he looked. It garnered more than a few belly-laughs, for sure.

Overall, Goat Simulator: The Bundle is a great way to get in on the goat simulation software package of choice if you’ve been holding out. Goat together with a few friends and play cooperatively all while dropping into fits of uncontrollable laughter.

Goat Simulator: The Bundle (Reviewed on Xbox One)

For what was initially meant to be a humorous take on the many "simulator" titles, it’s not quite GOATY, but Goat Simulator and the Mmore Goatz expansion does a good job of being entertaining in a way that you'll be laughing too much at the on screen carnage to really care about the 'intentional' bugs.

Goat Simulator: the Bundle Comes to Xbox One 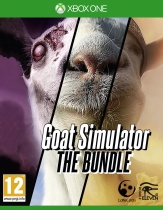