Goetia is a point-and-click horror game which thrusts you into the spirit of Abigail Blackwood, a girl trying to find out what happened to her body and her family by deciphering the mystery that shrouds Blackwood Manor. As a big fan of horror games, I was eager to see what this game was all about, but did it leave me with high spirits? Read on to find out…

Goetia solely uses the point-and-click feature as you control Abigail around the manor. The premise is simple; you must solve puzzles to make your way through Blackwood Manor. The gameplay is essentially Abigail roaming around looking for clues to find out what happened to herself and to her family. During the journey Abigail will find diary entries and other visual clues that help her get closer to solving the mystery. Some of the features that you can investigate are nothing more than a couch or a portrait – and feeling the obligation that you need to click on everything can become tedious, but finding a clue that leads you closer to the truth is a rewarding moment. 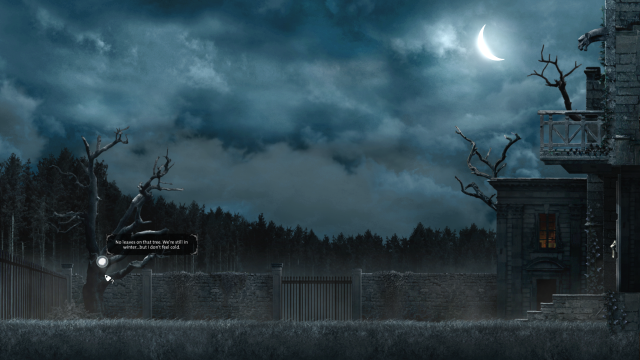 The graphics and atmospherics are perfect for a horror game – although this isn’t that typical of a horror title in the sense of jump scares, the sort of adverse weather you associate with horror films, and having that feeling of choosing fight or flight in scary situations, but it is still set at night time, with the sources of light coming from lamps or Abigail’s spirit. It adds a real sense of eeriness and isolation across the game, and to further heighten those senses I would recommend playing Goetia with the lights out and headphones in so you can soak up the audible sounds and feel the unsettling ambience. 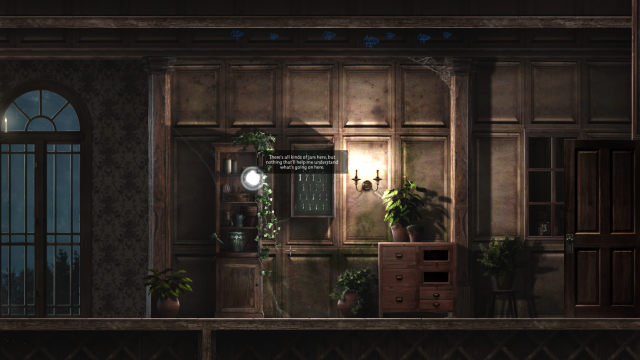 Furthermore, the tone is elevated again with a captivating soundtrack. It makes a major impact on the game, as the graphics and soundtrack helps to make the atmosphere all the more powerful. The story is very good which added to all of the above points giving Goetia a wonderful aesthetic backdrop. The piano music that plays in the background is quite creepy, as is the ticking of the clock that you’ll hear on occasion. But, there are elements of Goetia that make it almost play out like a ghost story, and a good one at that. There aren’t many better ways to intensify a hair-raising story than with a supporting act of unnerving music.

However, although some of the puzzles are enjoyable and somewhat tricky, some were just unequivocally demanding. I did struggle with the more difficult ones, and sometimes found myself journeying around Blackwood Manor, becoming increasingly disgruntled, even if in the end the solution was relatively obvious at times. Also, having to travel backwards and forwards in search of the next clue or area can also drain away some of the excitement. Having said that, finding a solution to a tricky period of play leaves you with a sense of fulfilment. 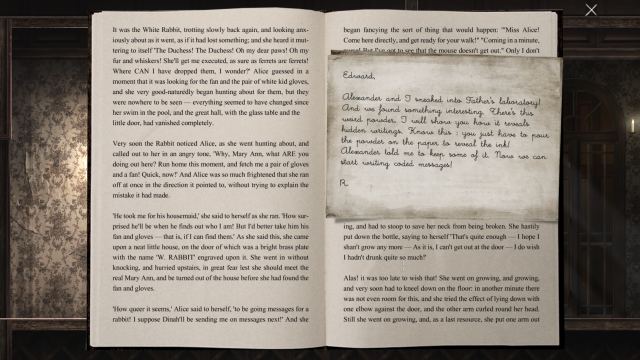 Goetia, as I previously eluded to, is not a typical horror game. I mentioned about it having the perfect atmospherics for a horror game, but it is not a game that will have you cowering behind your hands at every turn, no. It will have you twitching and looking over your shoulder as it does exude a strong sense of emotion that strikes into your inner psyche.

As someone who is relatively inexperienced when it comes to point-and-click games, I found it difficult at points to appreciate the slight nuances of Goetia, and to keep myself totally focused and interested. Having said that, the aforementioned soundtrack and overall ambiance reeled me back in. 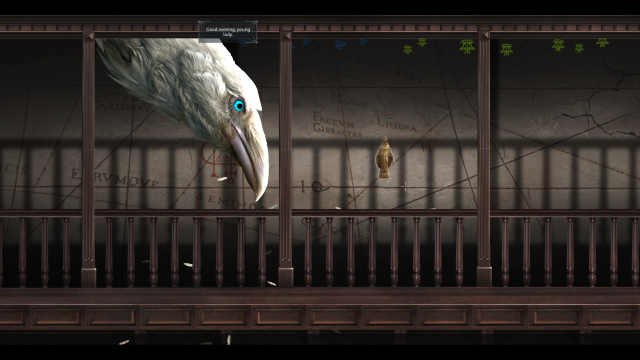 I did like Goetia, and I especially liked the visuals which were truly entrancing. I also liked the plot and the way that I could play it for a prolonged period of time without realising just how long I’d been on it. That sheer feeling of being engrossed is something I look for in a game, especially with horror games being my favourite genre. Goetia can be difficult at points and can lead to frustrating moments, but overall I was definitely impressed.

I did like Goetia, and I especially liked the visuals which were truly entrancing. I also liked the plot and the way that I could play it for a prolonged period of time without realising just how long I’d been on it. That sheer feeling of being engrossed is something I look for in a game, especially with horror games being my favourite genre. Goetia can be difficult at points and can lead to frustrating moments, but overall I was definitely impressed.