I had a lot of fun playing Guacamelee around its release in 2013, so it’s fair to say I was pretty excited when DrinkBox Studios announced that a sequel was coming at the end of last year.

Guacamelee! 2 starts where the first game in the series ended, with luchador Juan defeating Calaca and saving the President's daughter, Lupita. Once this confrontation comes to an end, Juan and Lupita marry, have two children and live happily ever after until seven years later when ominous black clouds descend over Juan’s village. Uay Chivo - Juan’s previous mentor - appears and warns Juan that “the entire mexiverse is in danger”, and thus our adventure begins. 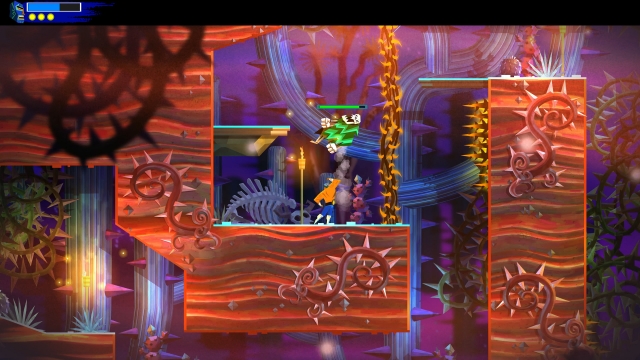 While certainly more ambitious in its storytelling than the previous title, Guacamelee really commits to taking the player across numerous timelines and dimensions which can make it hard to follow at times. Fortunately, the addition of alternate universes fits in well with the game’s irreverent and often on the nose sense of humour, meaning players can find themselves in a number of unusual situations. One universe in particular tasked me with defeating a number of enemies in turn-based combat while also poking fun at many of the typical JRPG conventions.

Much like the previous title, Guacamelee! 2 is a metroidvania title and as such exploration through the game is gated depending on the skills you possess. As you progress through the game, Juan will add to his arsenal of platforming and combat skills, enabling him to visit previously locked areas. It hasn’t really changed much from the first one, although there is now a much bigger focus on playing as a chicken. 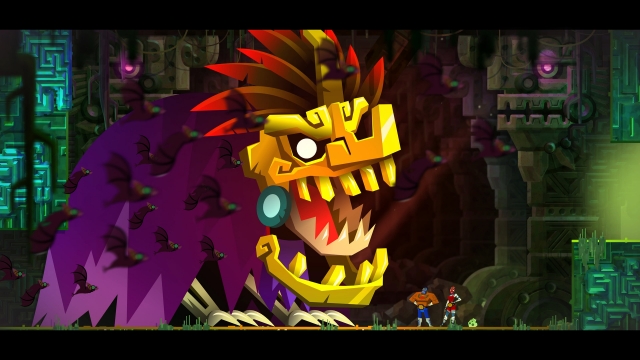 In Guacamelee, Juan had the ability to turn into a chicken to tackle certain sections of the world. This has been expanded in Guacamelee! 2, as the chicken now has its own moveset for fights and exploration. It’s an interesting design choice as I didn’t particularly care for the chicken segments in Guacamelee, so I was surprised to see them so heavily featured here. While the chicken certainly does control a lot better here, I never found myself enjoying it more than my time playing Juan. With a larger set of moves to draw on during battle, Juan is definitely my first choice between the two.

A limited, but meaningful skill tree provides players the chance to upgrade Juan’s abilities. Each upgrade feels worth investing in as it increases the damage power of special moves, while also improving Juan in other ways. I’d have liked to see more variety in the skill-tree and moveset for the chicken, but there are some really great late-game skills that are worth working towards. 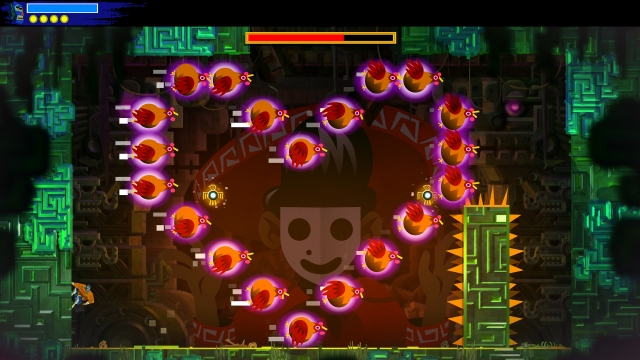 While combat is certainly an important part of Guacamelee! 2, players will actually spend the majority of the game tackling tough platforming sections. Starting off reasonably easy, it doesn’t take long before the game ramps up its difficulty curve and tasks players with conquering some fairly difficult segments. The platforming can be frustrating at times and finding yourself stuck is a common occurrence in the latter half of the adventure. Unlike this year’s Celeste that featured a number of options that enabled players to modify the game, Guacamelee! 2 demands that players meet its sometimes unfair difficulty curve, which means repetitively playing the same segments in order to conquer them. I do feel I’m maybe being a little too harsh as the platforming is fun, but there’s just a bit too much of it.

The story took me around eight hours to finish, but there are plenty of challenges and optional extras to be found across the world and the addition of 2-4 player co-op means there’s lots to do for people in Guacamelee! 2. The world is also incredibly dense, each area is filled with numerous jokes, references and memes and while that might not fit everyone’s sense of humour, the commitment to building such a rich world sure is impressive. 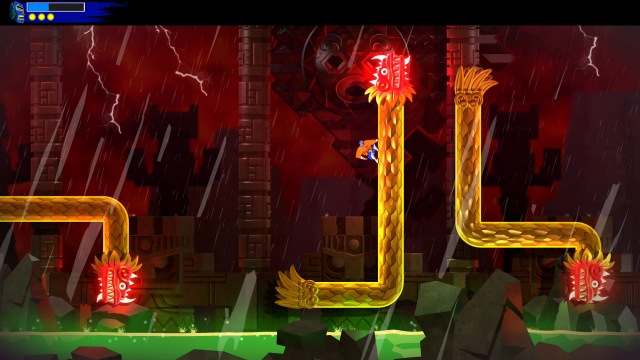 Guacamelee! 2 is a worthy sequel. DrinkBox has retained and refined everything from the predecessor, while adding a number of number new features that improve on the formula. An overabundance of platforming segments can be frustrating, but the combat is as fun and as hectic as ever!

Guacamelee! 2 is a worthy sequel