In the world of fighting games, there’s a little something out there for everyone. For the hardcore crowd, Mortal Kombat, the technical based players, Street Fighter, and for gamers who want a little humour as well, Tekken. One such series that has been very much overlooked is the Guilty Gear franchise. The music, the style, the presentation; it all blends incredibly well, creating a genuinely entertaining experience for the player as they string together big combos and burst attacks in a nice balance between skill and patience. With that said, how does Guilty Gear Xrd Rev 2 hold up on it’s own?

Well story-wise, it’s great and not-so-great at the same time. (Completely understandable, I know) The plot of the game is fine, all things considered, but the execution behind it feels a bit lacking in terms of dialogue and exposition. The dialogue especially, as characters seem to show up, spout whatever line they need to at the time, and then move along until they’re needed again. This is, again, a fighting game though, so I’m not expecting anything to really invest me other than... you know, the fighting. 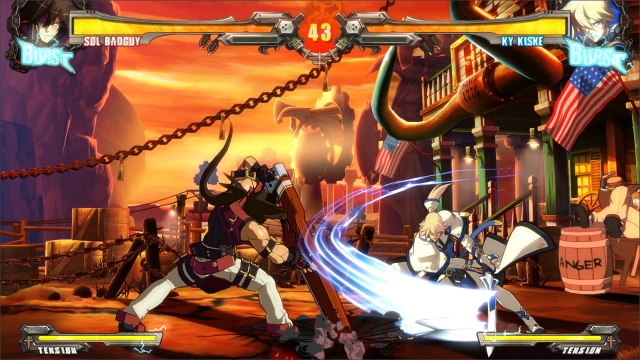 In terms of gameplay, it can be safely said that Guilty Gear is still as fun as ever. The game offers fluid movements combined with style oriented combos that do a delightful job at involving the player in the action. Also, the game’s style has a simple enough learning curve that you’re not still wondering how to dash two hours in. That being said, the dash in Rev 2 is bad. It is the weirdest complaint I’ve ever had about a game, but it just stuck out to me negatively. Dashing aside, however, everything works really well. A real effort is made in-game to make the combat fun and entertaining. Which it does to a very high degree. In fact, I’d even go as far to say that I’d recommend Guilty Gear Xrd Rev 2 for the gameplay alone. If not for a couple other things…

Music being one of those things for sure. Now, I thought the tracks in Guilty Gear Xrd Sign were amazing (I mean “Big Blast Sonic”, there’s no beating that.) But the tunes that Rev 2 provide are heavier and more adrenaline pumping than ever. Honestly, from “Baiken’s Theme” to “Break a Spell”, everything that the music brings across screams hard rock. Being a big fan of music in games myself, this style that Rev 2 has stayed with is not only quite welcome, but is also rewarded with two big thumbs up. Rock on Guilty Gear, rock on. 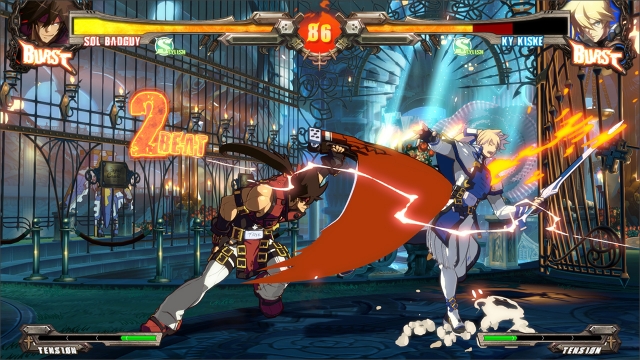 Moving from sound design to graphical, although the game looks impressive all in all, there hasn’t been a whole lot of change when compared to the previous installments. The visuals boast a nice, crisp look to them that serves the gameplay well in terms of interesting effects and character design, but falls short in innovation. That isn’t to say that each new entry into the series should look vastly different from one another, but it wouldn’t hurt to do some overhaul with certain characters or bring a fresh perspective to the in-game arenas. Frankly, simple changes here and there could result in a more engaging experience for players.

Yes, the designs may need a some touching up, but the characters themselves are as lovable as ever. Well… depending on which ones you love I suppose. Such fan favourites as Sol Badguy and Ky Kiske make their returns with the other classic picks, but players will also be treated to the newest addition, Answer. I’ll be blunt here, I didn’t find Answer all that engaging. I found him to be a bit flat when compared to other playable characters. That being said, I did appreciate effort made to introduce something new. It’s just a shame it didn’t pan out all that well, in my eyes anyway. 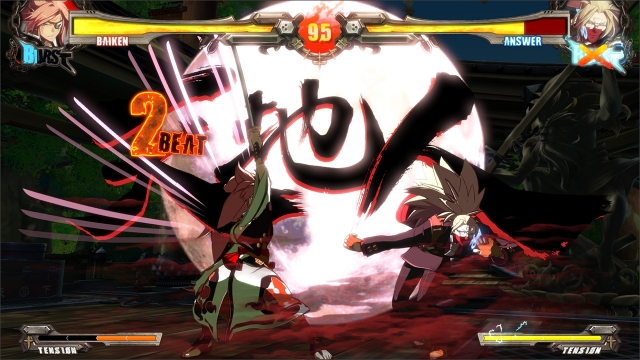 With all the above taken into account, Guilty Gear Xrd Rev 2 is another fun, action packed installment in the franchise. Despite some hiccups with samey designs and lacking character introduction, the pros more than outweigh the flaws in what is a wonderfully put together fighting game from top to bottom. Honestly, I wouldn’t blame you for feeling guilty if you didn’t pick it up.

Guilty Gear Xrd Rev 2 may be more of the same, but it's still, undoubtedly, an exciting and intense fighter through and through.