Since its inception in 2009, Supergiant Games has become one of the most prolific indie developers thanks to the likes of Bastion, Transistor, and Pyre. With the studio’s stellar track record, and its penchant for breaking genre conventions with some of the indie scenes most inimitable games, it’s surprising to see Supergiant follow a more traditional structure for their latest outing Hades, a rogue-lite action game. The market feels almost oversaturated with rogue-lites at this point, but Supergiant has circumvented this issue by using its decade’s worth of experience to deliver yet another unmistakable outing.

Controlling Zagreus, the son of the eponymous God, players are tasked with escaping the underworld due to a strained relationship between the two. The escape attempts are where the core gameplay takes place, with Supergiant’s signature isometric action returning once again. Zagreus can equip one of six weapons that unlock periodically throughout the game, ranging from a sword, a bow, a shield, and more, with each weapon having their own strengths inferring a variety of playstyles. 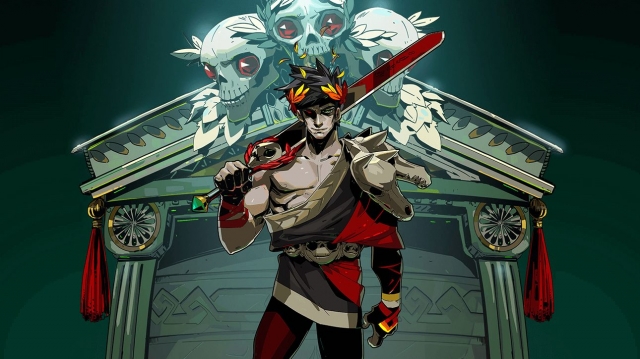 Combat feels most akin to Supergiant’s 2011 outing Bastion, with Zagreus having access to two attacks for each weapon, a dodge, and a projectile magic attack known as a Cast. It’s not particularly deep, but it is satisfying, with punchy sound effects and visuals, along with critical backstabs and the ability to slam enemies into walls for additional damage inviting a layer of environmental consideration into battles. Boss battles easily offer the most engaging encounters, with each having their own unique dialogue at the start of a battle, and testing players' abilities with more punishing and aggressive attack patterns, as well as much larger health pools.

Accompanying the treks through the underworld is the mesmerising soundtrack, which effortlessly shifts between time signatures and instrumentation dynamically to punctuate each battle. Typically, the twitchy combat is followed by high-tempo riffs and percussion, culminating in larger battles being met with higher levels of grinding distortion. But Hades also knows when to strip away music, giving players a time to catch their breath and consider their options before making further advancements. The compositions are wonderful, effortlessly suiting the needs of the game and its wide range of moods and tones. 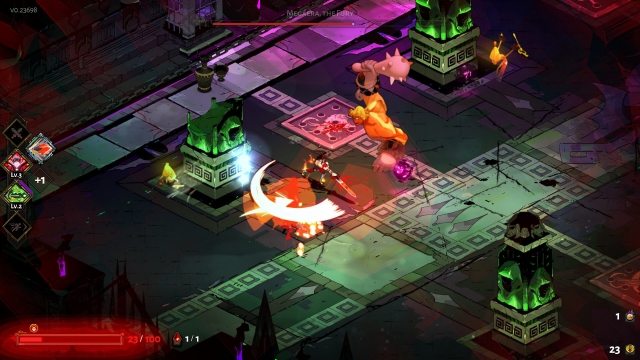 Customisation is the biggest strength of Hades’ gameplay, thanks to the different Boons that are awarded by the various Gods of Olympus that can be collected during each escape attempt to aid Zagreus. These once-per-attempt upgrades allow players to essentially build Zagreus to fit different archetypes, such as a speedy boxer who can dart around each arena to chip away at enemies before ducking away from an attack, or a durable swordsman that can take as much of a beating as he dishes out. The difference in weapon types, and focussing on specific upgrades to make the weapons as effective as possible, makes each excursion through the procedurally generated biomes feel like an exciting new round of experimentation, as you’ll find yourself becoming more proficient at equipping Zagreus with the deadliest combinations.

Picking up a Boon from one of the Olympians will also usually treat players to a brief vignette from one of the Gods, with each piece of dialogue being written to convincingly portray the different larger-than-life personalities. Whether it’s a nod of reassurance from the eccentric God of Wine Dionysus, or words of advice from the stern Athena, the seemingly endless amount of dialogue options for each of these characters, along with expert voice casting, adds an extra splash of variance to each pilgrimage. 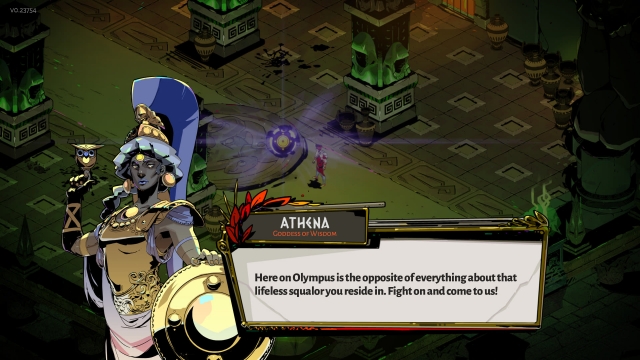 Additionally, each of Zagreus’ weapons can be further modified via the four different Aspects that they each inhabit. These Aspects can seem slightly mundane initially, but equipping specific Aspects can completely redefine the way certain weapons are viewed. For instance, the bow was initially a weapon I never cared much for, but its Aspect that allows me to load each shot with a Cast to deal heavy attacks has now made it one of my favourites.

While player choice and customisation are areas that Hades excels in, the game will imbue one weapon at a time with an enhancement that allows the player to gain more resources per run by using that specified weapon. The temporary enhancements are a natural way to nudge players into stepping out of their comfort zone, and they mitigate the temptation to repeatedly rely on the same tactics. 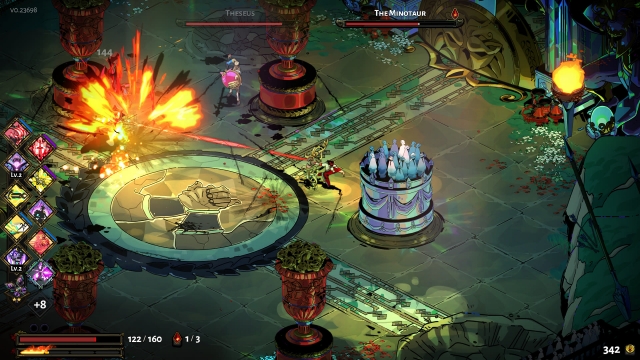 Upon death, Zagreus is transported back to the House of Hades, restarting his escape from the beginning. This hub area is where the bulk of the game’s extensive plot developments take place, revealing more of Zagreus’ history and motives to the player, as well as allowing players to interact with the various characters that reside within the House. Most of these characters have their own unfolding questlines alongside Zagreus, with plenty being tied down by emotional baggage that they have to spend eternity reflecting on. One of the most impressive aspects of these interactions is the way the characters react to the player’s recent progress. They’ll comment on what Zagreus has recently been up to with startling accuracy, impressively harmonising the story and gameplay.

Bonds and relationships are the recurring motifs at the center of Hades’ narrative, and it helps build a compelling universe of intertwining character journeys that often pluck at the heartstrings, acting as just as strong of a motivator to continue playing as the addictive gameplay. Even after the first successful escape attempt, the story is far from over, incentivising the player to keep trying to break out of the underworld to see how deep the rabbit hole goes.

The House of Hades is also where permanent upgrades can be obtained. Traversing the underworld awards Zagreus with a host of different currencies, including Gemstones that can be gifted to a contractor to build helpful underworld structures and make cosmetic customisations to the House, and Darkness, which is used for personal upgrades to enhance Zagreus’ core attributes. Premature deaths rarely feel like a cause of frustration, because the player will have usually earned some form of progression towards a permanent upgrade regardless, which makes subsequent escapes more efficient in the long-term. 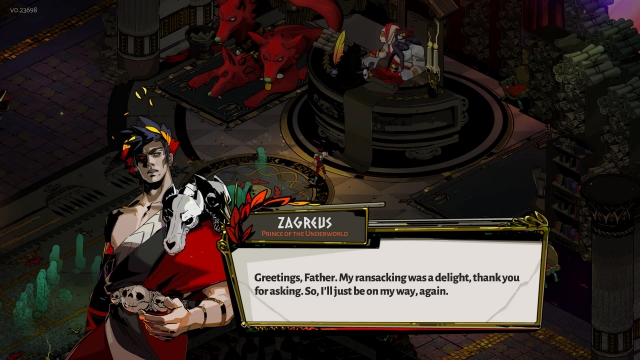 The three-pronged combination of satisfying moment-to-moment combat, a plethora of long-term permanent upgrades, and an intricately woven story that seamlessly unfolds make Hades a dangerously enjoyable game. It’s one that effortlessly turns short play sessions into late-night binges, as its absorbing gameplay and world take grasp, constantly teasing the player’s imagination with their incredible density. Moving forward, Hades has set a considerably high bar for both Supergiant Games and the rogue-lite genre.