After going through Black Mesa and getting teleported to another planet, fighting the leader of the Aliens and then being mysteriously "kidnapped" by the G-Man, I still knew little about this world. But I spent the next 4 years looking for another Half Life title to the point that I had dreams about it. Then it finally came: Half Life 2. I almost fainted just getting the CD case. You know the saying, desperate measures for desperate times? Well I didn't wait till I get home (since it takes almost half an hour to get home from where I buy my games), I went to a friend's house and installed it on his computer and started playing...

My friend is sitting beside me when I was writing this review; he was like laughing his butt off. No one would understand the shear happiness that you would feel when you finally find something you having been looking for 4 years. I would have gladly given away anything just to watch those polygons made of pixels jump in front of me once again.

Anyway, once I got the game installed I finally saw and double clicked on the Half-Life logo. Soon I was riding some mysterious train and the G-Man started to talk. Apparently I have been given another chance for he liked the way I handled "things". The surprise wasn't made any less with me seeing two guys in the train with me, both seemed depressed and... lost. I was in confusion. What the hell has happened to me? Or if I would be more accurate: what happened to Gordon Freeman?

Worthy to say that afterwards, after going through the streets and talking to people (more like people talking to me or just murmuring with words around me), I noticed one of those green aliens, those aliens that used to zap the hell out of you. Being a man that resides much on instinct, I fled from it, laughing at myself two seconds later. I deduced that those creatures that used to kill me now regard me as a higher entity than them. In other words: someone of importance. Why? Maybe because I killed their leader in the first title or just maybe he liked me enough, or even maybe it’s something to do with his parents not liking him. The important thing is they are now on my side.

You then start making your way through City 17; the city that you are being recently transferred to, managed and owned by the Combine; some force that "protects" the city and the people from harm and survivors from the outside world. Making a comeback in this title is Barney, the guard who you helped in Black Mesa, and also Doctor Kleiner, one of the Black Mesa scientists. But there are also new characters; most notable is the charming Alyx. Apparently they have all joined forces in a hidden movement, a move against the Combine to free the people from their grip, and as always you fit perfectly for the story. It seems that the professor has been expecting to see you, thus he had preserved your suit well and even added a few modifications to it.

But the true power in Half Life 2 is the mechanics of the game itself. The Valve crew has spent tiring hours to bring this title to a luster beyond measure. Remember when all the faces in Black Mesa were almost the same? Remember when only one or two expressions were drawn on all the characters? Well that is now no more. You now get more than 20 different expressions for each character ranging from happy, sad, grumpy, laughing, or even worried. Simply the look at someone's face will tell you what he/she is experiencing right now. Also worthy of note is that they have used a lot of "faces" in this title; you will almost never meet two people in Half Life 2 that have an exact resemblance.

But beyond all that, Valve knows and appreciates the power of details. Those small things that could ruin the game, or give the outmost feeling of game play immersion. You can see that they haven't neglected the tiniest details in the world, being it physics, AI or even graphics. For example you will notice on a desk a group of papers lying beside a computer. On top of those papers is a holder with a magnifying glass. Approaching the glass and looking through it with Gordon eyes you will actually notice that the glass indeed magnifies the papers underneath it. See, even the little things matter now.

But you won't appreciate all that until the first time you start fighting a Strider - a tall large mechanical creature resembling something from War of the Worlds - with a group of people aiding you. You will notice the look of fear and terror swooping over their faces. Even their remarks about death and how to face the Strider will make you pity their digital lives. Be it a stomp by the Strider or the continuous gunning that blazes from the canon, you too will notice how they will withdraw to safer places. Truly remarkable.

But where would all this fit in if you aren't given the proper arsenal to help you out in such a harsh world. Well you will be happy to know that Barney was able to retrieve the exact Crowbar you lost back in Black Mesa, and again you will be introduced to it as the first weapon early in the game. You will also have fun with it until you get your first gun, a pistol, once you kill your first combine. The old arsenal appears again; you will find the revolver, rocket launcher, tau cannon, machine gun, crossbow and of course the grenades.

But then you are in a different time with different enemies, so Valve has created some new weapons. One of them is a particularly interesting weapon and also a main factor in the game: the Gravity Gun, a uniquely designed gun where you can physically lift objects, so long as it’s not too heavy and easy enough to lift. Many puzzles can be solved with it, and you can reach places you couldn’t normally. But you can also use it as a weapon, zapping metal objects like saw blades in the direction of your enemies, or throwing heavy things on them will be surely effective. Another new gun is the Combine Pulse Gun. It has two modes; a machine gun showering bullets of energy on your target, while the alternate mode launches an energy ball able to bounce several times hitting multiple enemies in the process.

With some of the aliens in Black Mesa turning on your side, Valve needed to produce a new type of alien. So they have introduced the Ant Lions, a new breed of aliens who often come from underground. These nasty big bugs can fly, run fast and multiply like rabbits. With their Mother, the chief of an ant lion's pack, being the nastiest enemy, combining speed, strength and fierceness. There are also the late stage zombies, who have tremendous speed and horrific howls. They have also added new types of crab, one of which will poison you to almost death unless you treat yourself fast. They have also added a new type of creature that carries and throws such crabs at you.

Half Life 2 is definitely the game we were waiting for. Though it raises much more questions than answers, it is definitely something we didn’t anticipate, and you are in for a surprise at the end of the game. But sooner or later you will appreciate everything Valve has done, for they have produced a game that is nearly flawless. But the main question that lies ahead would be if Valve will release the next title soon enough, and if it would be able to answer the burning questions that we all have. We have seen two new “Episodes” since, but no news on a full blown sequel yet. For the mean time, I advise you to keep a close eye on the G-Man; he won't rest until he gets what he wants.

After going through Black Mesa and getting teleported to another planet, fighting the leader of the Aliens and then being mysteriously "kidnapped" by the G-Man, I still knew little about this world. But I spent the next 4 years looking for another Half Life title to the point that I had dreams about it. Then it finally came: Half Life 2. I almost fainted just getting the CD case. 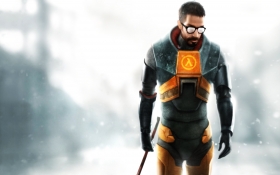