If you have been feeling a particular itch to dungeon-crawl lately, I Can't Escape: Darkness may just be the cure. Purporting itself as a “quicksand trap for the senses”, it's a game where you try and make your escape out of a dank and creepy dungeon using the tools around you and the most important item in your inventory: your own wits. How could it go wrong?

Easy. Take a good concept like that and funnel it into one of the most dull, treacle-slow, and headache-inducing experiences of the year. The concept that you're trying to escape a deep, dark dungeon is a great idea, and this is all held together with puzzles. For instance: you may only progress to the next level of the dungeon if you find the right type/shape of key for the door. Along the way, you may run into obstacles or monsters that you can beat with a stick. Solid idea, but how does it go so wrong? 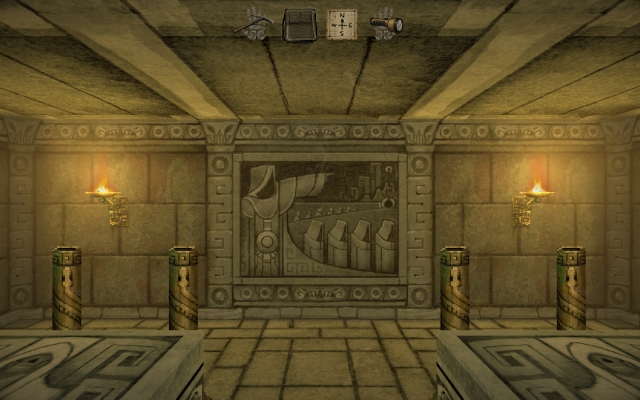 This might look decent, but trust me: the small screenshots do the game a world of justice

To begin with, the graphics are atrocious. A lot of gamers aren't snobby about graphics and will batter on with games regardless of how they look, but I Can't Escape made my eyes want to vomit. The graphics appear to be hand-drawn, except the hand doing the drawing of those graphics appeared to have no skill or even a wider notion of how things are meant to look. This game is supposed to have a creepy, foreboding atmosphere, but it just can't be taken seriously with how goofy rats and ghosts look. Sure, there was an attempt to make them scary, but they end up looking like something H.R. Giger's slow brother would draw. As they stand, the graphics are a disappointing mess. One might compare them to the early Elder Scrolls games, but that's an act of generosity.

Played in broad daylight, I Can't Escape is laughable as a horror game. The scariest thing about this game is that it cost £8.99

I Can't Escape also purports itself to be a horror game, but the atmosphere within is lousy, so much so that the developers have to convince you to turn off the lights in order to play the game. That's a decent idea on a superficial level, but (1) it suggests that they can't make their own atmosphere and have to rely on what is basically mood lighting and (2) the scariest games ever made were still horrifying at a base level, even if you were playing them in broad daylight – Silent Hill 2, Condemned, and Barbie's Horse Adventures; these are terrifying games that transcend setting. Played in broad daylight, I Can't Escape is laughable as a horror game. The scariest thing about this game is that it cost £8.99; for roughly the same cost of Fable: The Lost Chapters and a pound less than Skyrim, you can wander around a shit dungeon while you question all the choices in your life so far. 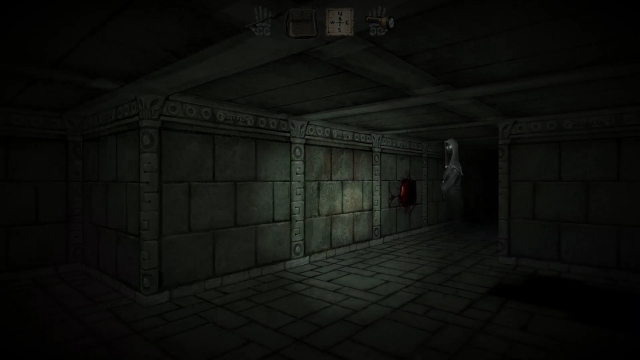 Worst still are the controls, which are stiffer than a Don Draper drink. You navigate yourself using the WASD layout; while Q and E will turn you left and right respectively. Instead of moving freely like 99.99% of games released today, you instead move on a grid, which feels obstructive to your field of view, and you can't manoeuvre yourself around as lithely as you'd like, which is of key importance when things like rats are on the attack. A standard WASD and mouse approach would have fit the game much better, but this control scheme slows the pace right down in the worst way.

To give the devil his due, I Can't Escape is a mild, baby success as an adventure game. You wander about each floor of the dungeon looking for clues, keys, and anything you can use to get yourself out, and this works quite well, as the challenge of navigating the dungeon and hunting out items is fun to an extent. The problem is, because all the other components of the game let the final product down, this feels worse for it, too. I can't get into the admittedly solid adventuring because the controls are so stiff, and the design is absolutely rancid. It's a shame, because when adventuring through the dungeon, you get the forlorn sense that the game could have been so much more. 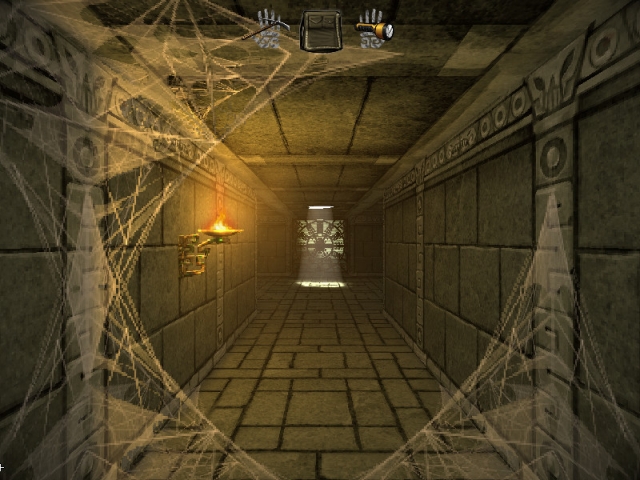 This hurts, because if I Can't Escape had done a number of easy things right, we'd be on the business end of a good game. As it stands, though, this is a mess, and to go back to a previous point: something like Fable or Skyrim stand as better games for around the same price. Be clear: the only darkness this provides is a dark stain on this developer's record.

I Can't Escape wants desperately to be Skyrim, but it looks more like Arena and plays like a game of touch the stove: it's a tedious and painful exercise. Buy only if you're looking to give yourself a weapons-grade migraine.

Writes about videogames. Hopelessly incompetent at making his own, he has settled for criticising others people's games instead