The air is filled with the noise of screeching metal, roaring engines and the flash of tracer fire. Frantically I pull back on the throttle as machine gun bullets pepper the canopy of my Messerschmitt 109 fighter. In front of me a fully-laden bomber explodes in a flower of orange flames. There’s a crack as the glass in my cockpit shatters and then a series of thuds as bullets slam into my wings, tearing one free. As I plummet to earth, wreathed in smoke and fire, one thought crosses my mind:

I am not a very good pilot.

The IL-2 Sturmovik series, running since 2001, is the leading name in World War Two flight simulation. Originally the brainchild of Russian studio Maddox Games, the flight sim franchise has now grown under the wing of 1C Game Studios, an amalgamation of Maddox’s former parents, 1C and 777 Studios.

IL-2 Sturmovik: Battle of Stalingrad takes place during the entirety of one of WW2’s bloodiest conflicts. While Axis and Soviet forces battle for control of the city, players can take to the skies on both sides, completing objectives and missions chosen dynamically over the course of the main campaign. The amount of aircraft on offer is impressive (though smaller than previous Sturmovik offerings), as is the customisation options available for each plane. 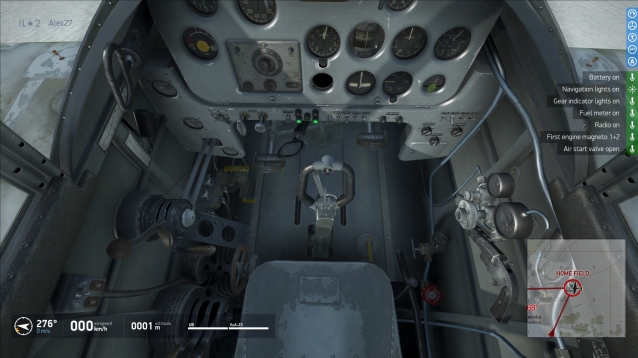 As the centrepiece of Battle of Stalingrad, the planes themselves are modelled with the care and attention you’d expect from a team of history fanatics. Visually, from the cockpits to the engines, and in terms of their abilities in the air, each craft acts and reacts as you would expect. The game’s sound design is well executed, too. Engines roar with noise, propellers stutter and spurt into life and machine-gun fire streaks through the air accompanied by a staccato of satisfying thumps.

Graphically the game is undeniably impressive. Battle of Stalingrad offers highly detailed landscapes, vehicles and environments. Nowhere is this more exemplified than in the pilots’ cockpits. Down to the personalised labels above dials, nearly everything is interactive: the throttle, joystick and rudder controls all move as you manoeuvre your plane, while even smaller features, like the engine valves and fuel pumps, will spin and twist as you tweak your flight.

This is where my aforementioned revelation comes in. Though Battle of Stalingrad offers a more arcade-y mode for beginners, it is still far more complex than the experience that a game like War Thunder might provide. While trying to familiarise myself with the keyboard controls (the game doesn’t play too kindly with peripherals like Xbox controllers) I counted more than 90 key mappings. At least 40 of those were crucial should you wish to play the game in full simulation mode. 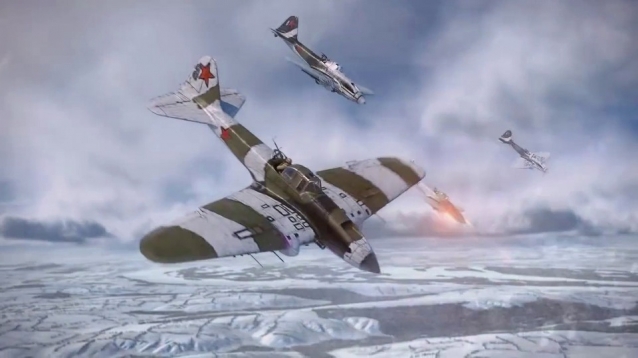 Battle of Stalingrad isn’t exactly caring to potential new players, either. Upon starting the single-player campaign my first tutorial mission was a supposedly simple “fly from A to B”. This was easily accomplishable with my knowledge of other flight games, but had I not known how to pitch and yaw a plane I would have been completely lost. In later missions I found myself plummeting to earth suddenly, having subjected my pilot to g-forces that the game hadn’t warned me about. The developers appear to have skimped on their localisation budget, too. More than once I was presented with in-game messages in broken, stunted English.

Those who wince at the sight of DRM won’t like the game’s in-built copyright protection and always-online functionality. A few times I was kicked out of single player missions simply due to the fact my internet connection was on the wane. Also, despite being a game set during the all-too stirring scenes of WW2, Battle of Stalingrad contains no music. This leaves an odd silence as you cycle through menu screens and select missions, doing nothing to create an atmosphere before you jump into combat.

The game’s single-player, though expansive and accompanied by an impressively huge (and detailed) campaign map of Stalingrad and its environs, is lacking. There is some historical background scattered here and there, but it devolves to a quick-start mission selector once you’ve unlocked more airfields to fly from. The player doesn’t have an assigned character, unit or even nationality, and simply hops from one side to the other whenever they feel like it. Although this helps to show the conflict from both sides and gives the player options as to where to play next, it ruins any chance of establishing a narrative purpose to the game. 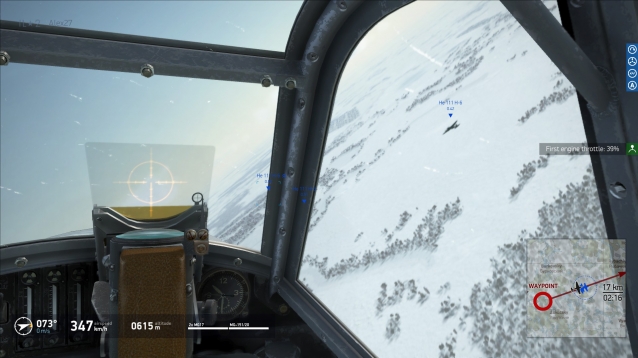 Should you switch over to multiplayer, however, the game is a very different beast. Even at this early stage following release, the community has set up massive 60 player servers which host some of the most intense dogfights you’ll find in flight simulation. Although way out of my depth amongst these seasoned pilots, the exhilaration of seeing bf109s and Sturmoviks pirouetting through the winter’s sky is something I have rarely experienced.

It took years of development, tweaking and userbase modding to mould the original IL-2 Sturmovik into the pinnacle of WW2 flight-sims. Battle of Stalingrad has emerged straight out of the gate as a credible claimant to that title. Though not very welcoming to beginners and let down by a less than exciting single-player campaign, its impressive visuals, extraordinary historical detail and enthusiastic community create a flight simulator that will come out on top of many a dogfight.

Battle of Stalingrad has emerged straight out of the gate as a credible claimant to the WW2 flight-sim title. Though not very welcoming to beginners and let down by a less than exciting single-player campaign, its impressive visuals, extraordinary historical detail and enthusiastic community create a flight simulator that will come out on top of many a dogfight.