Something I’ve always enjoyed about the indie scene is how simple ideas and mechanics are expanded upon to create great games. If you look you begin to see it everywhere: Papers Please, The Stanley Parable, Towerfall: Ascension, Nidhogg all have one core mechanic and iterate on them, creating some of the strongest games in their respective genres. So it is with imprint-X, a puzzle game based entirely around clicking buttons - and it’s so good.

imprint-X opens with a hand drawn, 1990s adventure game looking cutscene that shows an artefact buried deep within the Earth coming to life and releasing lots of small alien creatures. I love this aesthetic when it’s done well, and imprint-X does it really well: there’s enough detail and animation to make the images look really good. Adding to this is the fantastic techno soundtrack that loops throughout. I’m a sucker for a good techno soundtrack, but this really is good.

The gameplay concept sounds really simple, but developer Morgondag take it to logical but unexpected extremes. Each puzzle consists of pushing buttons in the correct order to unlock the nanotechnological devices in six different people. These start simply enough with buttons activating other buttons, and progress to timed memory puzzles and spatial awareness problems. 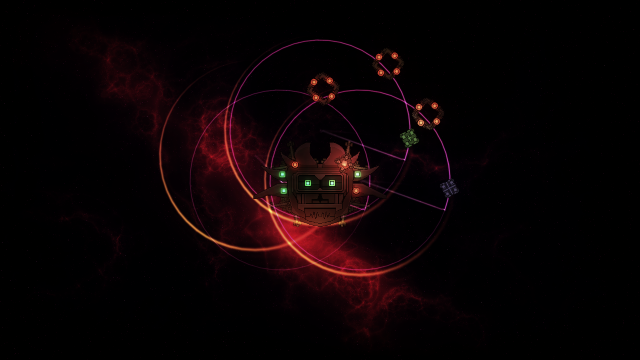 Each level has a limit on how many times you can click, which can become frustrating on puzzles that require lots of button presses because a single mistake can mean needing to restart. It also makes the boss levels - which consist of clicking when two objects align - more interesting as the windows of success can be less than a second. Fortunately, successful clicks in these levels return a click to you, up to the level limit.

To aid in the trickier levels, you have access to some power-ups. The most useful in my opinion is the one that slows down time for 30 seconds which makes some of the levels actually possible, though the one that adds additional clicks can be extremely useful. I’m not entirely sure how you get these power-ups; they just seem to be ever-present at the bottom of the screen, though I suspect that it uses up lives.

Which makes sense, since nothing else seems to use them up; I’ve failed levels and not lost a life. The lives are relatively easy to earn: completing levels quickly and with few clicks earns points that build up to lives, and occasionally hearts will float across levels for you to click. Lives disappear as easily as they come though: I had ten lives at one point but then when I next looked I was down to six. 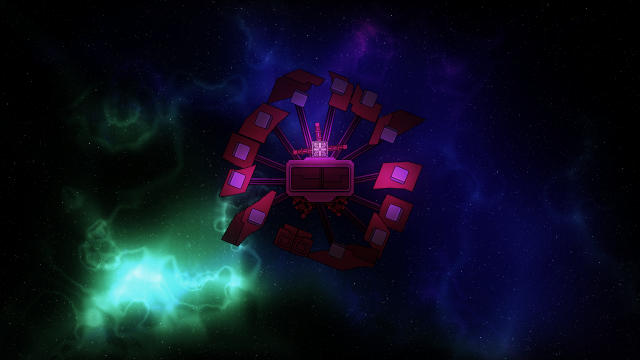 This is something that imprint-X does poorly: several times I was left guessing as to what I needed to do or why something happened. The game doesn’t tell you enough, especially with the spatial awareness puzzles which require you to build a shape. The game doesn’t tell you what shape is needed, so you’re left guessing until you stumble on the solution. The UI is clean and simple, but I wish it told me a little more so I wasn’t left stumbling around in the dark looking for the solution.

Aside from that though, imprint-X is a strikingly good puzzle game with a great central mechanic that is well executed in a huge variety of different ways so that it never gets stale. The soundtrack compliments the aesthetic perfectly, and I could honestly lose myself in the puzzles of imprint-X for hours at a time.

A strikingly good puzzle game based around pressing buttons that becomes fantastically complicated, with a strong techno soundtrack that compliments the aesthetic perfectly.