As video games have grown up, so too has the content they contain and the themes they address. Mental health in particular has been a subject of great interest for developers. The Evil Within and Neverending Nightmares used illnesses like obsessive compulsive disorder and psychopathy as the basis for horror, while titles like Hellblade: Senua’s Sacrifice have attempted to give players a more nuanced, realistic experience of what it’s like to live with trauma and psychosis. Indygo follows in the footsteps of the latter, playing out a short, interactive narrative about depression and the effects it has on both the sufferer and those around them.

Full disclosure: I suffered from severe depression for many years and as a result my experience of the game may be different from people without depression. However, I genuinely feel that Indygo is an accurate - and more importantly - grounded portrayal of what it’s like to live with the black dog. It never feels preachy or overly dramatic, instead opting to provide a realistic sense of the monotony, loneliness, despair, and meaninglessness that people with depression feel on a day-to-day basis. If this game was around when I was at my worst, I would have used it to explain to people what life felt like. 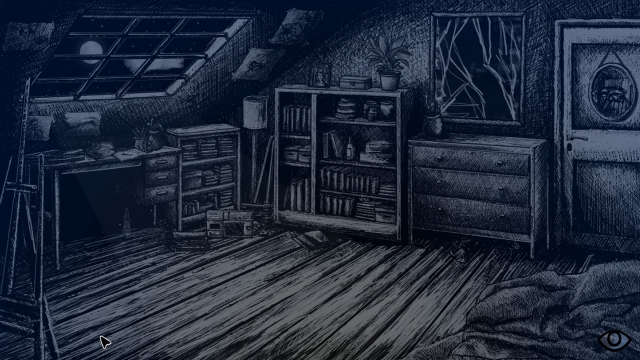 Indygo takes the form of an interactive narrative with some basic point-and-click adventure gameplay features tacked on. If anything, these mechanics detract from the experience. The art style and music fit the tone of the game wonderfully, thanks to excellent use of a washed-out greyscale colour palette, entirely hand drawn environments, and haunting piano loops. The writing is equally fantastic. The story of Tom, a famous painter-turned-art-professor who has retreated further and further away from life to the point of hermitage in his atelier is relatable and engaging. Decisions players make on each “day” in the game ultimately affect how the story plays out, with endings ranging from relatively hopeful to crushingly nihilistic. There is no “happy ending”, which is part of what makes Indygo feel so real. You don’t “cure” depression. You either learn to manage it or you let it beat you, which is a message that Indygo sends with sincerity and sensitivity.

However, this is all undermined by the use of point-and-click adventure puzzle mechanics to complete the daily activities and special events that occur throughout the story. It’s a poor design choice and one that totally pulls you out of the otherwise very immersive narrative. The most compelling parts of the game aren’t when you’re scanning the screen looking for the mouse cursor to change, indicating you can interact with an object. Or when you’re trying to find all the required inventory items to listen to a mixtape. They’re when you’re choosing what to write to Tom’s wife who lives in the other part of the house and now only communicates with him via letters, with available options changing depending on his mental state. Or when you’re remembering (or not) to take medication each day. Or deciding whether you can be bothered to fix a broken clock. The gameplay should have consisted of nothing but simple choice-and-consequence mechanics, making it a basic interactive story. Indygo would have been much better off for it. 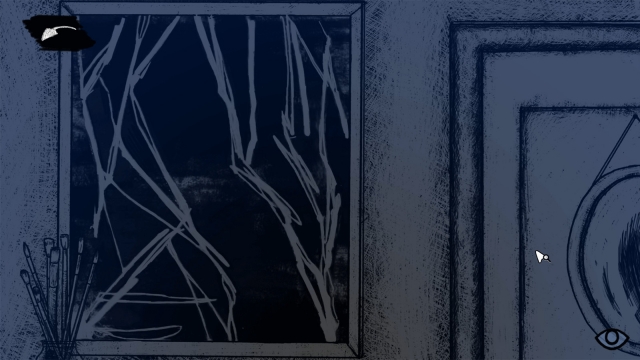 Despite the irritating, immersion-breaking “puzzles”, Indygo is definitely worth experiencing. It’s a short story that can be completed multiple times in only a few hours, making it well worth your time. Players with depression will find it hard (even potentially triggering), but appreciate its realism and respectful and sensitive tone. People who know someone with depression will feel validated by how it treats the other characters in the story. And people who have always wanted to know more about what life with depression feels like will get one of the most accurate portrayals yet.

Despite some missteps with its gameplay, Indygo is a deeply immersive, realistic, and nuanced depiction of depression.