Kick and Fennick is a platformer that doesn’t have a jump button. Waking up in a science lab overrun by nature, Kick stumbles across a fox-looking robot presumably named Fennick. His tail has a crack in it, and so the pair set off to find a replacement. A large amount of the story is told in the opening levels - and when I say “told”, I mean “shown” as the game features no dialogue - before offering up four chapters-worth of light platforming and combat.

The only way you can directly control Kick is through his lateral movement; you can run around but you can’t jump or interact with anything more than elevator buttons. What you use instead is some form of staff that Kick finds in one of the first rooms. Looking more like a broken off part of a larger machine than an actual intended piece of equipment, you can manipulate the direction that Kick points the shooty end using the right stick. 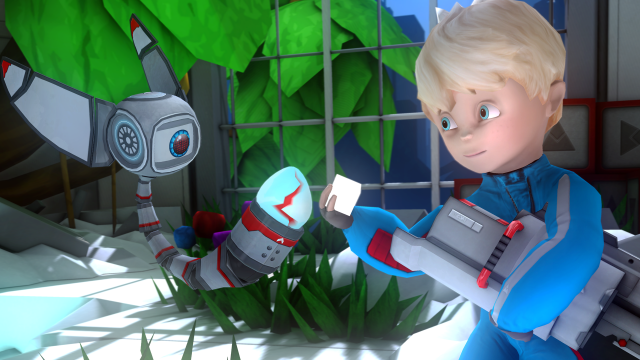 A guidance laser will help you pinpoint where the blast will hit from the staff, allowing you to target distant enemies and activate switches, and this is mapped to the direction you tilt the analogue stick. By pulling the trigger, the staff fires off the built up energy - but what’s interesting is what happens when you point it at the ground.

By firing beneath his feet, Kick can propel himself into the air from the recoil and the counteracting force of the blast. *This* is your jump button. To limit its use, you can only fire the staff twice before you must touch the ground for it to recharge. Throughout Kick and Fennick, the puzzles will require precise timing and aiming of shots as you spin the staff in midair to change Kick’s momentum, from landing on small platforms to dodging exposed electrical components. 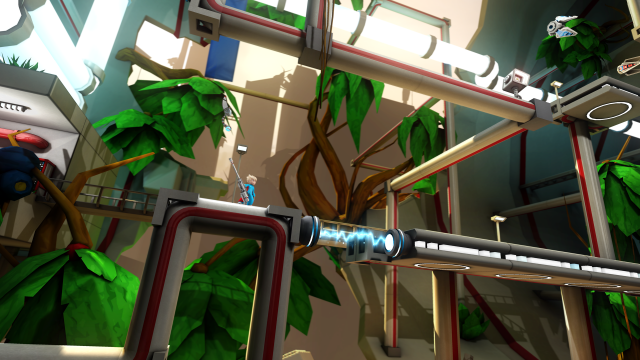 This movement system is definitely one of the most unique, and most enjoyable, that I’ve encountered in a long time. Time slows down while you aim the staff, which makes pulling off the perfect launch and blasting over large gaps feel great, and just look damn cool as you do it. Spinning the staff to shoot a distant enemy while simultaneously using the recoil to boost Kick’s jump is far more satisfying than I expected - until you forget about how the recoil works and end up firing yourself into danger as you take down a flying drone.

Luckily Fennick acts as your safeguard during gameplay, rescuing you from certain death and returning you to your last point of sure footing. This is probably where I feel the game could have been improved the most - Fennick just isn’t given enough to do. He ends up spending most of the game floating along beside you and if you’re pretty good at the game, you could near enough forget he was there. Your only reminder would be the occasional bloops and bleeps that emanate from the DualShock 4 pad, but I’ll admit it’s quite charming. 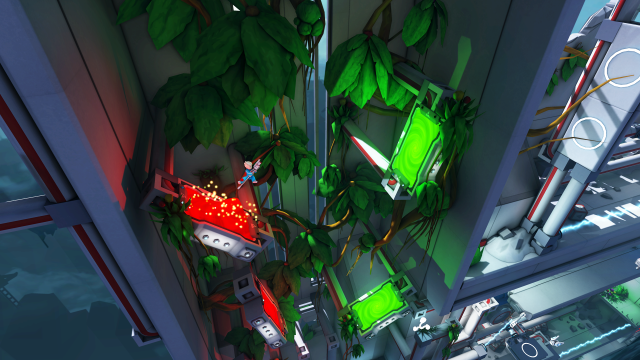 As you work through the chapters, the game mixes up the platforming elements. The first chapter doesn’t ask you to do much more than jump or occasionally double jump over some obstacles, but before long it introduces moving platforms, travelators, bounce pads and all sorts. Each chapter culminates in a boss fight against a large robot, with your mastery of the game so far being tested to its limits. It’s a shame there is only per chapter, as the threat they offer makes the game far more tense, and far more rewarding in return.

Being set in the one environment, with the only real difference being how much closer you get to the tower that seemed so distant in the opening levels, Kick and Fennick can grow to be a little boring if played in too long a burst. They all take place in the various buildings adjacent to the one Kick woke up in, and they all follow a similar design - I hope you like white tiled walls, as if you didn’t get enough of those after Portal. 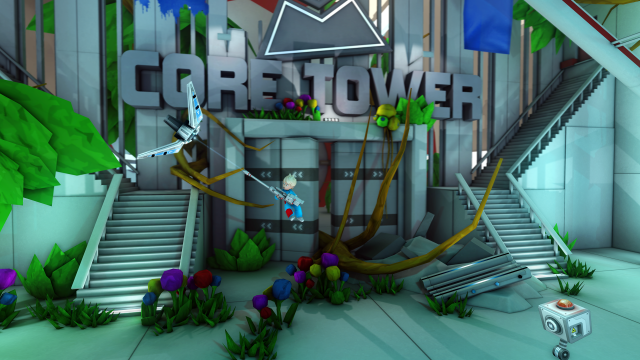 With levels only taking around five minutes at most to complete, this game works well as a “Hmmm, it’s Tuesday evening and I fancy playing something” kind of game, but it’s not the sort of thing to dedicate a whole weekend to. The move to the PlayStation 4 also negates the control issues Kick and Fennick had on the Vita, making this the definitive version of the game - and good on them for not sticking that subtitle on there too.

While it can be a little frustrating on occasion, as any puzzle game can, Kick and Fennick is a charming little platformer with a unique mechanical twist - well worth a shot, and I’m sure you’ll have a blast.

While it can be a little frustrating on occasion, as any puzzle game can, Kick and Fennick is a charming little platformer with a unique mechanical twist - well worth a shot, and I’m sure you’ll have a blast. 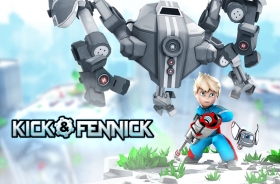