2012’s Kingdoms of Amalur: Reckoning was one of the gems of the PS3/Xbox 360 era. An underrated action-RPG with a wealth of content which, for one reason or another, failed to set the world on fire. THQ Nordic acquired the rights to the IP and have brought the game back for the current generation. What changes have been made with Re-Reckoning and is it worth a look this time around? 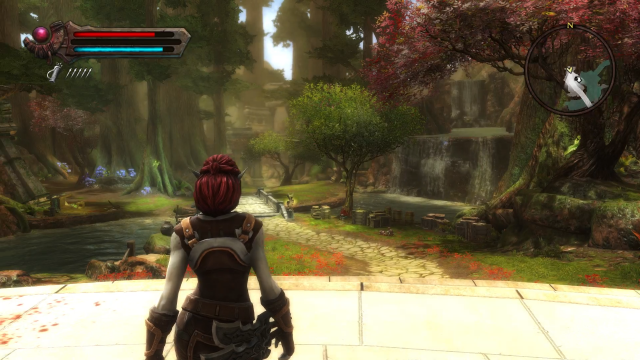 The first thing that will strike you if you’ve played the original release is how little seems to have changed in Kingdoms of Amalur: Re-Reckoning. Visually, the game has seen some nips and tucks with some improved texture work and changed lighting and shadows but it is all extremely subtle. Unless you have them side by side or are an Amalur superfan you are unlikely to notice.

That said, it’s still a rather pretty game and the art style holds up nicely even in 2020. The world of Amalur sticks to well-known fantasy cliché but still manages to put its own stamp on the likes of kobolds, elves and trolls. It takes huge inspiration from Celtic folklore and mixes and matches creatures and concepts into something relatively unique. The original title was often unfairly criticised as generic but that isn’t really true at all. 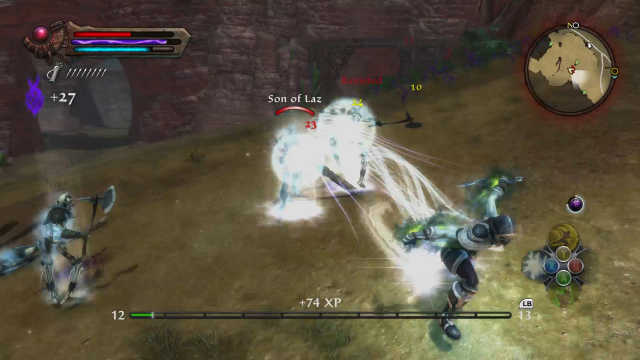 While the game’s setting is based on well worn races and ideas we are all familiar with, the story explores high-level concepts like fate, destiny and free will. It does this in an interesting, easy to grasp way and has a fun set of core combat mechanics to stick it all together. Starting the game being brought back from the dead, you’ve broken free from the threads of fate that bind all things together. As the “fateless one” you genuinely have free will and can alter and otherwise affect others fates.

This causes a lot of friction between various groups in the game, with the seer-like Fateweavers suddenly asking questions about what this means and how not having a predestined path affects the world as a whole. It’s a genuinely interesting topic and whilst the game doesn’t derail to explore the concept fully, it still makes for an interesting setting.

The core combat is simple but satisfying. There are three skill trees to venture down; Might, the brute force melee tree, Finesse, the nimble rogue tree and Sorcery, the magic tree. You are free to mix and match from these trees with certain point ceilings unlocking specific “fates” or class bonuses. You never end up with a wide array of moves, a few combos and a couple of special abilities and that’s your lot, but the freedom you have opens up a variety of builds and playstyles. 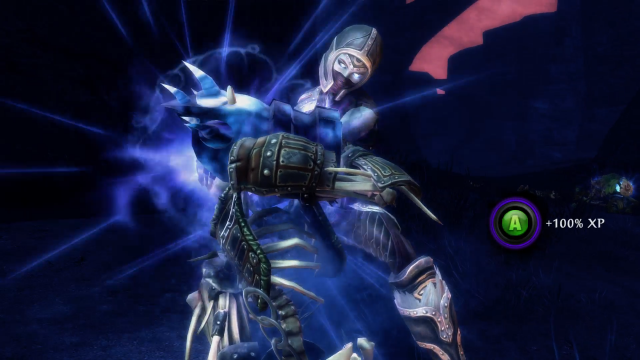 Under the hood however there have been a few important gameplay tweaks that make playing a lot more enjoyable later in the game. Most importantly perhaps is how the game now calculates the level of enemies within a zone when you enter meaning you’ll always encounter enemies based on your level and not when you originally entered the zone. This sounds like a small change but it makes levelling and getting loot feel more rewarding throughout the experience.

Loot generation is now more weighted to your characters build too which sees more appropriate stuff dropping that you might want to use. It doesn’t stop you from seeing other items, but it’s just skewed so you see more appropriate gear. In my playthrough, it certainly felt like I was seeing useful items more frequently at least. There is also now a Very Hard difficulty if that’s up your alley!

As a way to play the game on modern systems it’s hard not to recommend Re-Reckoning but it is a shame that more wasn’t done to update the visuals or especially the user interface. The menus for buying and selling for example are still extremely clunky. They work fine but that side of the game does still feel decidedly last-gen.

All in all, Kingdoms of Amalur: Re-Reckoning is another solid remaster from THQ Nordic who so far have done a stellar job bringing the old IPs they’ve acquired to modern platforms. This just feels a bit lighter on the alterations than other titles. Still, it’s very much recommended, especially if you missed out on it last generation. There is a lot of game here to keep you occupied.

A solid, if slightly underwhelming remaster of an underappreciated gem of an action RPG. Well worth your time, especially if you missed out on it the first time around. Subtle visual tweaks but some more useful under-the-hood fiddling make it the definitive version of the game.