The King’s Bounty games are a series of tactical RPGs that started back in 2008 by 1C Entertainment as a reimagining of the classic 1990 King’s Bounty by New World Computing. They combined map exploration with turn-based strategic battles that didn’t involve your controllable character, but the forces you had acquired. The previous entry in the series, King’s Bounty: Dark Side, released in 2014 but the series has made its return as the rather plainly titled King’s Bounty II. This sequel keeps the gameplay ideas from the older games, mixing exploration and simple questing with the turn-based battles the series is known for; however, it eschews the previous entries’ overhead view and abstract maps for a more traditional third-person camera. This shift in perspective gives a greater sense of place and provides some genuinely gorgeous locations but does bring with it some problems.

As seems to be the go-to with fantasy RPGs for more than the last decade, you start off in prison, framed for acts against the crown before being recruited to save the world from a generic evil. The generic nature of the story unfortunately spills into other areas of the game too, which I’ll touch on shortly.

King's Bounty II has you exploring areas for resources and doing side quests that usually either reward experience or provide access to units that you’ll use in the turn-based combat. Quests will often provide you with multiple ways to resolve them, playing into an interesting but flawed morality system. This system lets you roleplay with the idea that making similar choices will lock you out of others but it’s ultimately skin deep. 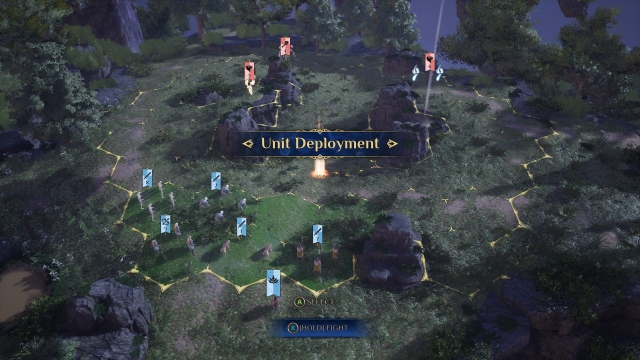 Combat sees you deploying various units, from dogs and spearmen to more fantastical creatures like skeletons and mages, on a hex-based grid. Each unit has unique stats and they typically have an active ability as well as passive traits for you to consider; for example, the Healers unit’s active ability is a heal they can cast three times per battle.

Each unit has two phases to their turn, a movement phase and a combat one which you can perform in any order, with turn order being determined by a unit’s initiative stat. This raises a major issue with the game across all areas but especially in combat. The user interface is awful and doesn’t really inform you of information that would be really useful for making good decisions.

Combat would really benefit from a turn order indicator, as while you have the ability to push a unit’s action to the end of a turn, you have no idea of knowing who is going to move or attack next at a glance. The battle system itself is simple to grasp and has enough depth and quirks that it is always a fun time and it’s a shame that the presentation sours it a little. 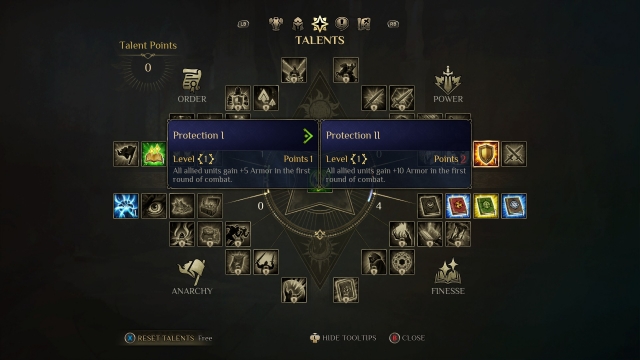 The battles and the combat system are the best elements of the game and whilst they don’t really do anything new with any of it, it all feels satisfying. The unit management aspect of collecting new troops and figuring out useful combinations is something that works really well, with new combinations cropping up constantly throughout the campaign giving you new toys to play with.

The open-world RPG aspects fare less well; the world is lovely to look at as you explore but unfortunately, it all feels extremely empty and kind of bland. You’re basically hunting out resources and looking for specific items and points of interest for quests but there is very little to discover. This aspect of the series hasn’t translated all that well from the more abstract overhead map style of the older entries where you could see a wider area around you.

It doesn’t help that the movement speed even when mounted is so slow, with awkward terrain collision and odd animation jankiness giving the whole experience a budget Skyrim feel. As pretty as some of the landscapes are, character models and animation can be extremely inconsistent, with player models looking worse than even minor side characters. This is very peculiar, especially when your own character’s mouth movements look like she is trying to be a ventriloquist but can only clench her teeth. King’s Bounty II is a solid game; the RPG side is okay if a little bit generic but the combat is really satisfying, making for an enjoyable time overall. There are definitely problems — the user interface needs some love as it’s borderline useless in combat, and even the menus are a bit awkward to navigate if using a controller.

Visually, the game is a mixed bag, especially compared to the more cartoony and colourful previous entries. Moving to a more grounded and realistic visual style robs the game of the charm the series is known for but it does provide some gorgeous locations. Performance is a little hit and miss on PC, with wild frame drops occurring in dense areas of the map.

The developers have stated that optimisation and game improvements for things like character movement are in the pipeline, so hopefully a lot of the niggly things will get ironed out in the weeks ahead, but the overall lack of polish really hurts what is, underneath, a really fun and interesting title.

A flawed return for a classic series that doesn’t quite nail the transition to an open-world third-person perspective. Interesting and fun combat balances out the bland exploration somewhat.