I’ll come clean right off the bat: I’m not terribly familiar with strategy games, so playing Last Regiment, from Boomzap Entertainment, was a fairly unique experience. It took a bit of time to get used to it, but by the end, I was confident that I could wade into another strategy game with relative ease. Truly, I felt as though I learned a great deal from Last Regiment, as though it were a textbook made with a labour of love and passion. However, while there’s certainly much to unpack here, the game’s heights were as frequent as its lows, with that passion applied liberally as glue to hold the game together. 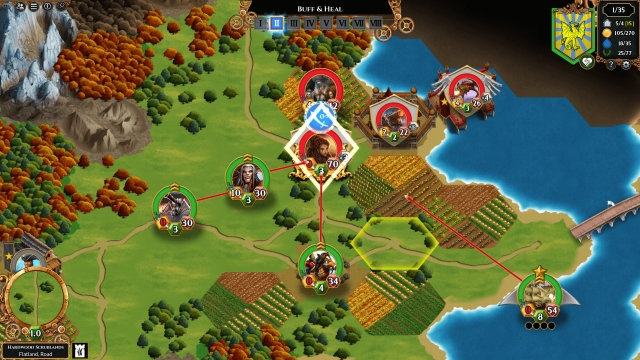 For one warning, if you aren’t the type of person to enjoy deep and complicated lore, this might not be the game for you. If, on the other hand, you are like me and enjoy getting to know another world, fear not! There’s a metric tonne of it to learn, and much of it is thrown at the player the first time they enter the single player campaign, where the mandatory tutorial is. This info-dump is perfectly skippable, but it provides a comprehensive overview of the game’s world, introducing you to Last Regiment’s brands of zombies, automatons, plant monsters, goblins, elves, and humans and the various nations they inhabit. But perhaps the overview is a bit too grand in scope. This opening narration takes you through the entire history of Kothia (or the “New World”) and the “Old World,” a handful of European-esque nations that once ruined Kothia when they tried to settle there in the past. After their failure, they ran back home, much more broke than when they arrived. Years later, having forgotten what they had done, the “Old World” now seeks to colonise the “New World” once more. But this information is just too vast. It certainly makes sense to want your players to be able to recognise each of the factions they may play as or against in multiplayer, where they might not have the chance to be introduced to any particular group in a natural, well-paced manner. However, I was barely able to keep track of all the moving pieces in the game’s lore by the time the narration ended. 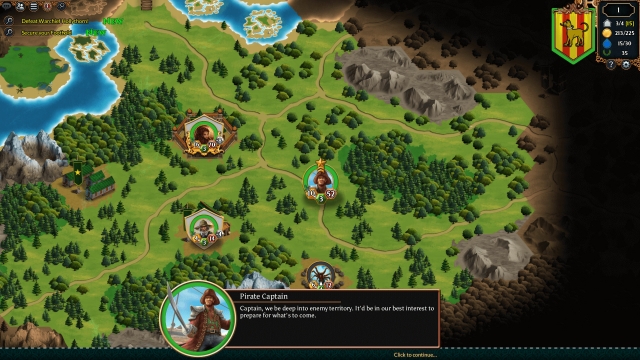 Then, once I actually entered the campaign proper, I was met with a much better introduction to the Infected (zombies), Constructs (long-abandoned automatons), and Goblinkin. The Infected are left initially unshown in the story proper, only described in terms of how they infect the living through airbourne spores, which helps to set them up as a terrifying threat without having to show them. Further, by having the plot open with our Golbinkin war chief running away from the Infected and running into Constructs that she then has to fight, Last Regiment is also able to quickly establish the harsh conditions and necessity of warfare in Kothia, the fact that the Constructs were created specifically to guard against the Infected, that it has been a long time since they were originally built, and that they attack even people such as the native Goblinkin on sight. Further chapters similarly do a perfectly fine job of introducing important concepts to the player with each featuring new characters, new fantasy races, and more ways to play. Truly, while the Prologue chapter is most clearly designed as a tutorial, the entire campaign does a bang-up job of teaching the player how to succeed, though it often tends to be easier than the rest of the game.

This then left me wondering, if the campaign as a whole does such a swell job of introducing the player to different aspects of the game, in theme, lore, and gameplay, why did Last Regiment feel the need to pre-empt it with a too-long, too-quick introduction? Anyone who will want to explore the game’s lore like a history book can already do so in the carefully detailed Lore section of the game, so it can’t be for that benefit. I feel this is a sign of a lack of faith on the game’s part, not expecting the player to take their time with the campaign itself, wanting to move right on to the multiplayer or the more difficult Skirmish mode. And so they squished together all of their plot setup and threw it at the audience right at the start. Perhaps this decision could be seen as commendable, as it has its bases covered, with Campaign, Lore, and Multiplayer modes. However, all the intro did was sour the surprisingly well-crafted, if generic, plotline that the campaign went into. 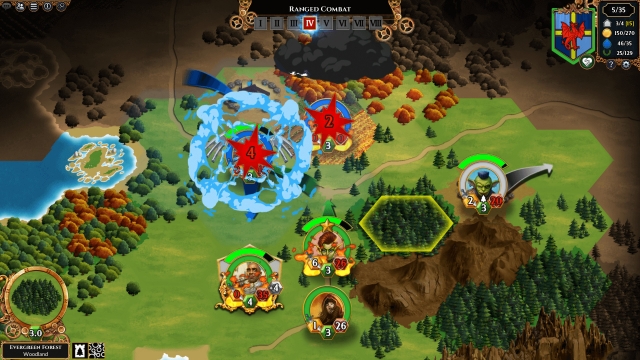 This soured feeling I had, thankfully, didn’t have much of an impact on my enjoyment of the gameplay. A turn-based strategy game, Last Regiment can be quite nerve-wracking and engaging when it wants to be. The best moments I had were filled with careful planning, costly sacrifices, and the worry that I was about to run headlong into a no-win situation. However, once I had been on a map long enough, it was quite easy to slowly, but surely bulldoze my way through any obstacle. Those brightest moments of high-stakes planning and counterstrageties were nearly always at any given level’s start or midpoint, never at the end.

You see, it’s the way the game is designed. Beyond the player’s units, there are three resources to keep in mind: gold, magic, and cards. Gold and magic are used to play cards, upgrade buildings, and use the units’ special abilities, whereas the cards can be used to summon more allies and upgrade existing ones. However, magic is only used in some decks and gold and cards can frequently be used together to create a sort-of resource loop. Once you have enough buildings and enough units to stand on them and draw extra cards, gaining more money and more cards becomes a trivial matter. One particular trick I used frequently was with the mandatory card-selling system. Normally, you can only sell one card for gold and one for magic each turn, having to wait until the end of the round to receive any results. However, if you start a turn with more than seven cards, you are forced to sell at least down to seven cards. The trick is, selling in this manner features no wait-time for gold or magic, nor any upward limit on how many cards can be sold. Frequently, I reached a point where I had more cards than I knew how to use, spending them wildly and selling the excess each turn to gain far more gold than necessary. With these in place, no supposedly balanced encounter could stop my Regiment, since they could just be healed or replaced on the fly. Sadly though, even when the game is at its best, there’s always the chance that it’ll just break down. There were several instances where, in the middle of a chapter, I started experiencing strange, game-breaking bugs or crashes. One time, I couldn’t access any menus, with the screen just darkening with no options popping up. The game wouldn’t even allow me to leave, which forced the use of the tried and true tactic of ending tasks in Task Manager. Last Regiment, at least, offers the saving grace of constant auto-saves, so the amount of progress lost is usually quite minor.

Still, while the game is rather vulnerable, both by the player breaking the balance and by bugs rendering it unplayable, it is clear that there was a tonne of care put into Last Regiment. Each different type of unit is unique, with different skills and responses to the cards. Each Regiment is commanded by a special Hero card with their own amazing abilities that can turn the tide of the game on their own. Except for Major Carl L’Averi, who is fairly useless beyond his high stats. However, beyond Carl, each and every Regiment is a joy to play, with different play styles suited to each group, from Captain de Roza’s pirates that can push through enemy lines with ease to Warmaster Hollythorn’s Goblinkin that attack from afar. 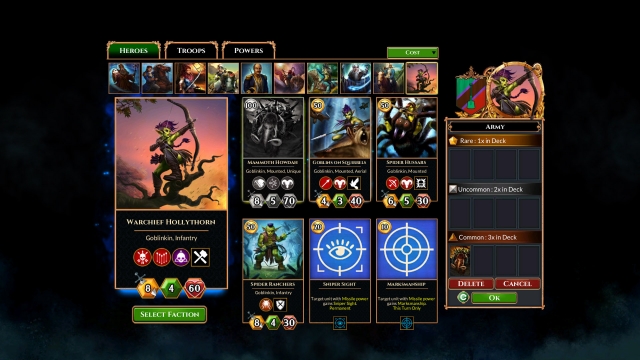 Another highly detailed labour of love can be found in the Editor mode, which gives you the freedom to create your own maps using every resource the game has to offer. Nothing is kept back for the game to use alone. Personally, I’m not particularly skilled with level editors, partly due to my literal lack of an imagination and partly due to my very poor artistic talent, but I managed to put together a map or two that I was satisfied with.

This care and polish is felt throughout the game, from the well-crafted campaign, to the insane amount of lore, to the great amount of variety in game styles. Sure, it’s ten bugs away from a Bethesda game and its character and location designs scream “generic fantasy” at times, but the passion is clear. It seems as though there’s a lot to love here for fans of strategy games, even if only to find out how they can break it next.

From its expansive lore to its varied play styles, it is clear that Last Regiment has a lot of heart behind it, but the game breaks too easily, both in terms of game balance and bugs.