Life is Strange: Episode Two - Out of time Review

Ah, Blackwell Academy just as I remember it. Full of long cut scenes and badly written dialogue. I was looking forward to Life is Strange: Episode Two - Out of Time, but after playing for a while I wondered why. Though the time travel aspect and fact it’s an adventure game still push my buttons...

"If I don't like it I can go back... To my room!" - this is literally a line of dialogue delivered by protagonist Max about a Halloween party, and it makes no sense why she would say it like that in context. It's one of the many poorly written lines in this episode, and being an adventure game means that dialogue is pretty much the most important part. 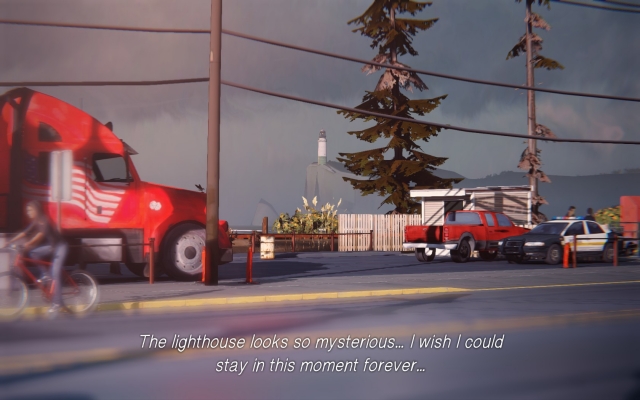 I can't comment too much on the story, as parts will change depending on your play through of Episode 1 - Chrysalis. Will your decisions mean discussing a pregnancy or a break up? Will two people break into your bedroom during the course of a single shower, or just one? The choices you made in Chrysalis definitely have an effect on Out of Time, so that is helping keep up my excitement for the subsequent chapters, despite the bad writing.

A general overview, however, sees you leaving Blackwell Academy and seeing some more of Arcadia Bay. You meet Chloe your reunited best friend's mum at the diner she works in, then go to the exotic scrapyard. There’s some backstory and a big set piece involving a train, before heading back to Blackwell and the end of the episode which puts you in the Principal’s office. 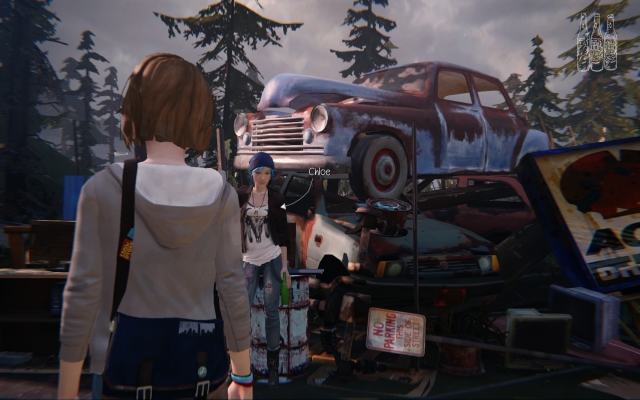 The reason for this is tied into decisions made over the past two episodes, which really helps give them weight. We also learn throughout the episode that Max’s ability to rewind time has limits. My hope is that these limits won’t feel completely arbitrary by the time the last episode comes around, by only stopping working when the storyline dictates. For an example I would like if you rewind ten times an episode, it won’t work correctly when you reach a set piece. This would mean each playthrough forces you to stick by your decisions and not want to switch just to find out what the other decision would mean.

The puzzles are a little trickier this time, which I enjoyed a lot. It's much less of a slightly-interactive story. However, those with a dodgy memory will struggle as more than a few times you need to remember things - sometimes things you might have missed if you weren’t snooping enough! There’s also, curiously, a puzzle that sees you gathering beer bottles from around the scrapyard which takes far too long for very little payoff. You need to be aware of your surroundings, especially if you want to snap all of the photo ops scattered about.

Yes in case you were wondering, my peeve from Chrysalis is back - Max shakes her instant photos. Which I reiterate will damage them! Something a student focussing on photography should know! Stupid game! 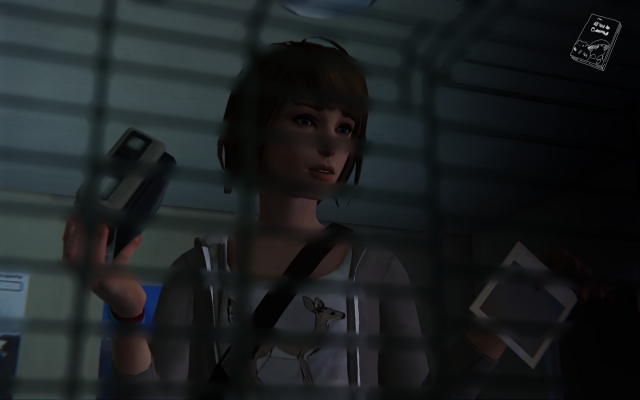 Now, apart from the dialogue and shaking the damned photos, I did enjoy this episode. The two big set pieces show both how powerful and powerless you can be. The choices you make in every circumstance can backfire harshly at you, or make someones day. Sometimes you can use your power to stop tiny things from happening - but again you have to keep your eyes open.

A final note I want to make, DontNod may not have the strongest dialogue writers on staff, but there are a ton of small touches that make the experience better. For instance there’s a website address written out - you can go to it on your browser. It adds nothing to the game, but I like it being there just because it can be. It also highlighted a fact I missed in Chrysalis - Life is Strange takes place in 2013. I’m not used to games taking place in the near-past, though if it took place in 2015 I might comment that it could seem dated in five years. It’s an odd choice, but given the small touches in the game, I wonder if DontNod are going somewhere with it. 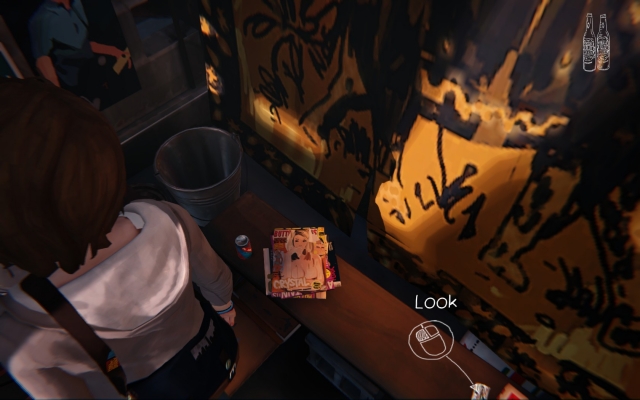 Life Is Strange (Reviewed on Windows)

The writing is pretty bad, but the puzzles are improved and it has great set pieces.

I loaded up the website it gives you the address to and saw "Archives: October 2013". I thought that was very odd - then I saw it in-game as currently being October 2013.

But until then, I assumed it was "current day". Didn't even realise it was supposed to be October until suddenly Halloween stuff was all over the first section of the episode.