The world is ending, but nobody seems to care. There’s no looting or total collapse of society - not even the slightest hint of R.E.M.’s ‘End of the World’ can be heard in the background. The population of Nova Chrysalis, it seems, isn’t too bothered that their lives are on the brink of oblivion; probably because they’ve been anticipating it for the past 500 years.

The wacky time distortion caused by the death of Etro - the Goddess of death - has prevented the human race from aging or reproducing, so all that’s left to do is sit back and enjoy normal, unexceptional, everyday life.

Enter Lightning, who has returned to the dying world with the new job title of God’s bitch. Under orders from the deity Bhunivelze - and the promise of being reunited with her dead sister Serah - Light’s mission is to shepherd as many souls as possible to the Ark: a safe haven where they’ll stay until they’re reborn in a new world created by God. Don’t worry Christianity, this pants story won’t be converting anyone. 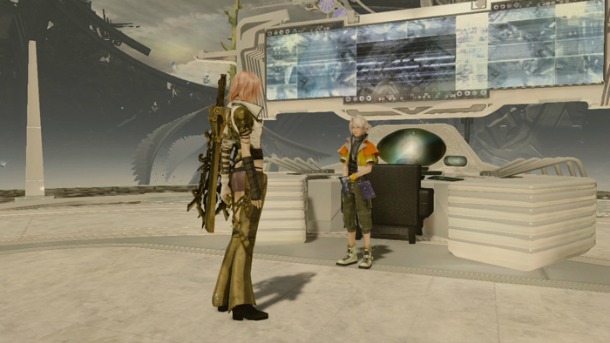 After the first of many, many expositions from Hope (now a Matrix-esque operator for Lightning’s quest) the heroine is beamed, Star Trek style, down to the dying world to get stuck in. Whilst the world of Nova Chrysalis is non-linear in how you approach its four main quests, your first port of call isn’t optional. Luxerion, a city governed by religious zealots, is where you’re dumped on your first visit, and it’s also the site of the first major problem the game has.

See, time is valuable in Lightning Returns, and if you run out of it before you complete every main quest, you fail. Six days is all you get, and the only way this can be extended is through the completion of side missions.Completing them isn’t necessary to proceed if you believe the short tutorial provided, but in reality, if you choose to ignore them, you’re not only casting aside the majority of what LR offers, but you’re voluntarily going to make story progress next to impossible.

Square Enix have attempted to solve the problem of grinding enemies for experience by making stat upgrades an exclusive reward of these optional missions. It’s a commendable and great idea in theory, but if you’re only interested in the narrative, you’re forced into playing content of no interest. The issue would be less apparent if these distractions were enjoyable, but most of them involve a different kind of grind - fetching items and running around like a headless chicken. 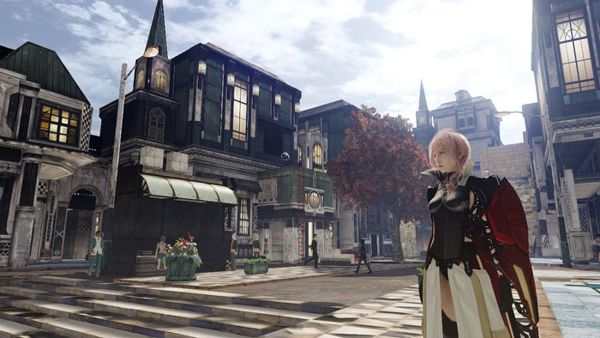 You’d be able to get by without them too, if it weren’t for the crazy difficulty spikes that are the end of stage bosses. Each of the four areas in the game are home to a face from the past, and with the exception of one, they all have to be defeated to be saved from their own delusional states. The worst of these is Snow - now a hermit presiding over the party state of Yusnaan. If he isn’t defeated before a certain day, he’ll grow progressively stronger and shrug off any attack you throw at him. However, Light has a neat little trick up her sleeve. With the use of Eradia Points (EP), she is able to utilize abilities such as Chronostasis, which freezes the world clock for a set period of time, giving you a few extra precious moments to collect your thoughts.

This isn’t a viable solution though, as such abilities are not only limited but do nothing to help you increase Light’s stats. If you’ve completed all the side missions available for a given day, or some are time limited - you’re screwed.

The issue is infuriating, because LR’s combat system is potentially the best of the trilogy. Now a lone warrior in the world, Lightning faces her enemies without any friends to back her up. Instead of designated class roles, Light can now switch between Schemata - different garbs that can be fully customised in appearance and ability - to deck her enemies. It’s the standout feature by far, and the list of abilities - now gained as monster drops - ensures that each conflict requires serious tactical thought. 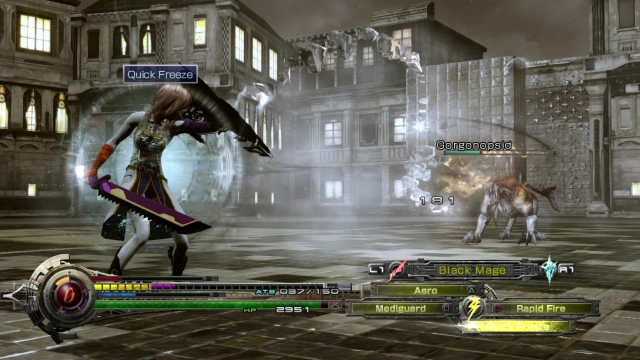 You can only switch between three of these in battle, each one having its own action bar that replenishes when not in use. The system makes combat… ahem, lightning-fast, and if you don’t prepare yourself accordingly, things won’t end well for you.

But you’ll at least be able to admire the excellent enemy and sound design when you’re attempting the same fight for the tenth time, as they’re both great. The revelation isn’t surprising considering who the developer is, but it’s no less impressive. There’s a lot of recycling of both assets from past games, but new additions add some much needed flavour.

Between each day, you’ll be yanked back to the Ark for respite and more exposition drivel from Hope, and outside of being able to battle past bosses so you can post your score online; the only other purpose the safe haven serves is to inform players of background story in a really boring way. 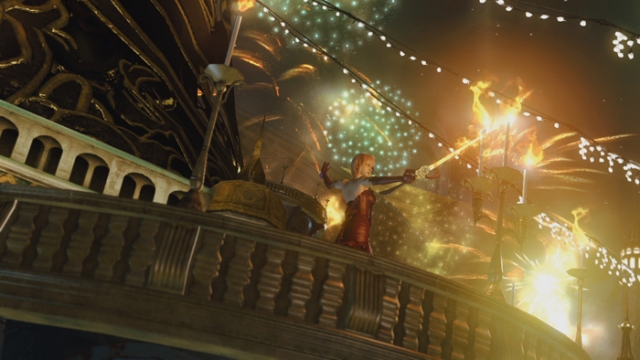 If you reach the end of days, the 13th time you leave the Ark will be the last time you do. Well, until you beat the last boss and start a new game, that is. If you can stomach some of the poorly thought out features of LR, the replayability will start here. All character improvements and items are retained - everything else is reset. Considering almost everything on offer can be completed in the first playthrough, the biggest draw to having a second go at the 20-hour story is going to be hard mode - a difficulty that can only be frustrating, considering the challenging nature of normal mode.

Square’s last hoorah for the XIII series is very much a game of two halves. The dull story and innovative but flawed leveling system are a stark contrast to the intricate combat system and time mechanics. You’ll have to consider what interests you most about games. If it’s story, your imagination could create something better; if it’s a fast-paced combat system and interesting mechanics you clamor for though, LR is fun… as long as you can cope with the sometimes unforgiving and haphazard difficulty.

A game of two halves, Lightning Returns isn’t a brilliant end to the XIII trilogy that you may have hoped for, but it’s enjoyable. Just try to ignore the coma-inducing story.

Final Fantasy - You Used to be Cool