The concept of an “arty platformer” has always got a bad rep. What many consider to be an unfair balance of heavy narratives and light gameplay, is a multi-purposed effort to see the atmosphere carry your interest with a gimmick from within. Whether it’s your Braid’s or your Limbo’s, The Bridge or The Swapper, they all had great mechanics that can be overshadowed by the reputation of the pseudo-genre itself, and Little Bug is no exception.

This is the debut title from California-based Buddy System Games, released originally in 2018 for Steam before finding its way to the Xbox One and Nintendo Switch thanks to Red Deer Games. Red Deer themselves have prided their catalogue on bite-sized and soft experiences, warm to the touch with fuzzy visual design, and a comfy atmosphere. Whether it’s Little Bug, Under Leaves, or Trash Quest, you can immediately notice that soft vibe.

Little Bug tells the story of Nyah, a child who finds fascination with a “smelly dead kitty” on her walk home from school. Following an argument with her worried mother over her lateness and perturbing activities, like collecting bugs, dirt, and skulls in her lunchbox, she finds herself in a twisted version of her own world. Pursued by sinister individuals, she only has the help of an orb of light and that smelly dead kitty to get her out of this place. 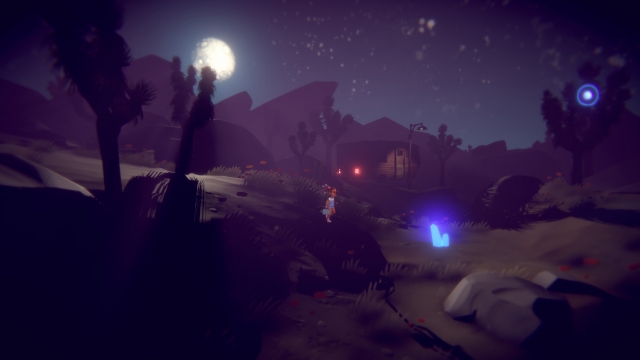 There’s a personal touch to Little Bug’s story, one which can tip the scales in regards to how you view it. Buddy System has stated in the past that the game is inspired by a developers relationship with her own mother, so Nyah’s quirks and quibbles with her family feel like they’re set on specifics — specifics that branch out into more broad topics of isolation, imagination, and a distaste for normalcy. This is childhood we’re talking about, and the vulnerability is there, but not expanded upon nearly enough.

Nyah has a younger sibling, a newborn who Nyah’s mother is focusing on fully, and that clashes with her freedom, or potentially the attention that’s no longer given to her. Is it right for Nyah to be so angry about this? Yes and no, but that’s not the point — the point is that despite this conflict being established early on, it never manifests as an entity in-game. At best, it exists to give friction to story beats that are missing from the full game.

It is a shame because for what it’s worth, the fear and unknown nature of this world is well done, given the right context. The long slender reveal of neon hands and dark individuals, ready to make Nyah disappear in an instant should she get too close to them; there are real-world fears attached to that concept, whether it’s getting hurt by strangers, or worse, abducted. It’s given a tired aesthetic new life in its execution, but this is all mere implications that the game forgets to verify or confirm. 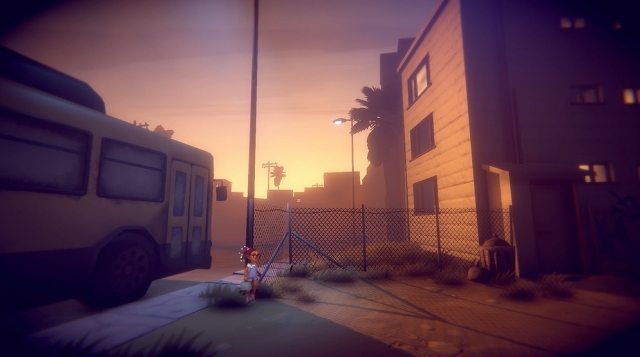 While narrative beats are missing from the story, full attention has been paid to the gameplay, and how you interact with the levels. Little Bug’s unique selling point is that the orb of light that you control can attach a beam to Nyah. It will then drag Nyah over to wherever it’s currently placed, which can lead to web-slinging across the levels, retaining that momentum, or carrying Nyah over obstacles completely, mitigating their danger.

It’s exhilarating gameplay which, thanks to the collectibles, adds some surprisingly open level design to the adventure. Buddy System seems to know how easy it would be to break the game with a mechanic like this, which is why the orb of light has a limited energy pool able to carry Nyah around with. The game’s difficulty is also harder than other games of the same calibre, limiting the seemingly Infinite opportunities the orb presents.

The game focuses on timing and precision more than anything else, a “go hard or go home” mentality that extends into the bonus content. Some of the many collectibles you can find in the game world also have the chance to unlock extra levels, which are brutal in their lack of checkpoints, and the wave of obstacles you can face. It’s a shocking angle to take which is a breath of fresh air, an adventure that is as rewarding as it can be warm. 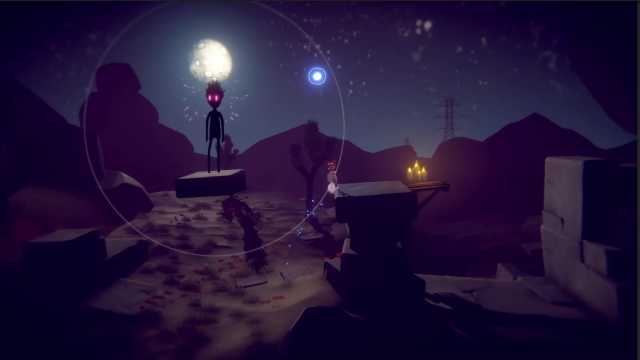 Right up until the end, Little Bug plays all its cards right with a difficulty curve, the hidden nature of collectibles, and ramping up the stakes at an appropriate place. It’s the ending that causes a bit of a fallout, however, as it seems to point blame towards an entity whilst pretending to have a layer of sympathy before it. It’s a quick conclusion to a game that didn’t need to feel as brief as it did in the story department, self-sabotage in the saddest of terms.

It’s incredibly easy to respect the story that Little Bug presents, and it’s a shame it isn’t given the time of day to flourish. The dots are there to connect, but the fact that Nyah as a character isn’t able to connect them herself leaves it all feeling underwhelming. Thankfully, it’s not as easy to dismiss in the gameplay department, pulling through with a slick mechanic that’s great to use, fit into a world you’d love to explore despite its danger.

Sidenote: Buddy System released a statement on 4th January, 2021, revealing that the mother of the developer who inspired this story had passed away. Falling under hard times, they set up a GoFundMe to help with a memorial fund. If you’d like to donate, then please click here.

A storybook with half the pages missing, Little Bug rushes towards an ending whilst attempting to leave everything in the dust, including its fantastic gameplay. Take your time and you’ll find a shining core of fun, challenge, and excitement, failing to be extinguished by its lacking narrative.

25 is barely enough to do the SNES justice, there are other awesome games on there that could make the list more than some of the titles you had on there, games like Pilotwings, Sim City, ActRaiser 1+2, Soul Blazer, Illusion of Gaia, Terranigma, Lufia 1+2, Demon's Crest, Secret of Evermore, Skyblazer, The Firemen, Legend of the Mystical Ninja, Stunt Race FX, Breath of Fire 1+2, Dragon View, Zombies ate my neighbors, Super Ghouls 'n Ghosts, Killer Instinct, Lost Vikings 1+2, Shadowrun... So many good meJayme Silvestrimories...