Coming from Indie developer Ocean Drive Studio, Lost Eidolons has the player take on the role of the mercenary Captain Eden. The game offers turn-based style gameplay across various battlefields; anyone familiar with Gears Tactics or Divinity: Original Sin 2 will find something similar here in terms of combat. The game itself was funded through Kickstarter, and was able to meet its goal due to an abundance of community interest.

On its face, Lost Eidolons looked like a game with a simple medieval setting.
The main protagonist, through a series of bad decision making, is tossed into a rebellion against the land's reigning Emperor — a man known as Ludivictus. Let's just say he is not known to be a very nice person. The land of Artemesia, which Ludivicus rules, quickly brings forth magic and even strange creatures to shatter that realistic medieval impression. 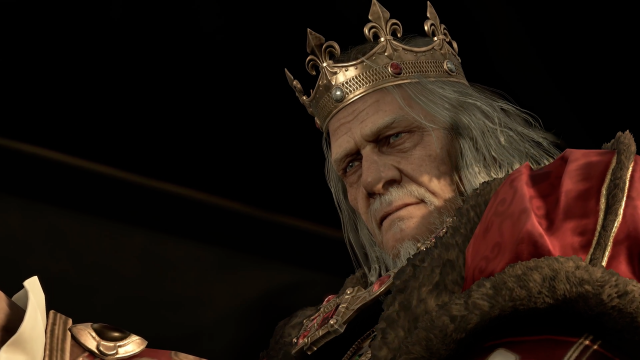 There are several members of Eden's mercenary band, you will become familiar with them all as the game progresses, but my favourite was the headstrong and dimwitted Francisco, Eden’s childhood friend who provides a bit of comedy relief.

Lost Eidolons has a lot of conversations and exposition throughout it. Sadly, these moments tend to be one of its drawbacks, as the player has no interaction during these segments, making it feel like you are watching a theatre performance every time you are not in combat. Whilst I understand the game needs something to move the story along, the manner in which Ocean Drive Studios handled this makes it hard to stay interested. Instead of a cinematic with music and animation, the conversations are mostly characters popping onto your screen over a static backdrop. I understand there was most likely a budget reason behind this decision, but that does not make it any less hurtful to the experience. Thankfully, the voice acting is top notch. 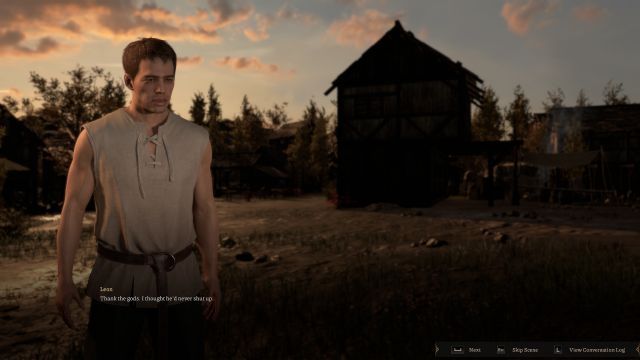 When combat starts the player will be required to achieve victory during a set number of turns. Doing it quickly will earn you bonus XP. If victory is not achieved before the turns run out, it is considered defeat. Once battle begins you will be able to move your characters a certain distance on the grid and then perform an action; this could be a simple attack, using an ability, or something from your inventory. Characters will also counter attack if possible when engaged by an enemy unit. I will mention that when one unit attacks another, a small animated clip occurs showing that conflict.

Just like in Divinity: Original Sin 2, being aware of environmental effects on the battlefield is important. If a character is standing in fire they will suffer damage, if they are standing on wet terrain, like in a puddle, then magic attacks dealing electric damage will have an increased effect on that unit. 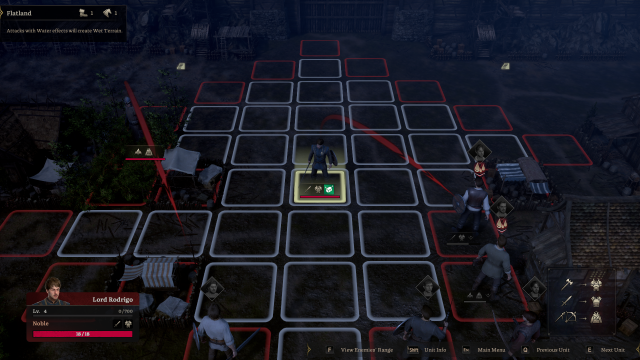 Despite its early appearances, Lost Eidolons has many layers to customise your character’s playstyle, as well as the rest of Eden’s friends. This includes choosing gear, proficiencies, skills, magic, and passives.

After the opening events of the game, I found myself in camp. It took about two hours to reach this point, and once I got here, everything about the game began to change. I was able to open my character and inventory menus, allowing me to see Eden’s Stats as well as those of all my mercenary friends. Using the inventory menu, I quickly changed a few things around regarding gear, equipping a rare sword I had won from a recent boss. I was also faced with a change in camera concept, thus far I had experienced a 3D overhead camera with the ability to rotate my perspective on the battlefield. While in camp, however, everything changed to that of a third-person perspective. 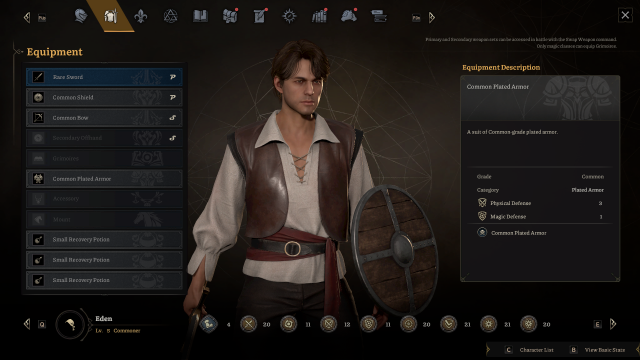 On the graphics side of things, Lost Eidolons does a pretty good job of balancing out high-poly and low-poly textures. It is pretty nice to look at, but is not fully using next-gen tech from what I can tell. As such, when you are in camp and viewing everything from a third-person perspective, some textures and effects will appear less impressive than you might expect.

Overall, Lost Eidolons does what it set out to do. The combat is fun and engaging, and the characters once you get to know them, have interesting stories. However, the game is not without its faults. Despite having gameplay tips pop up on my screen during the starting hours, I was often left to discover important elements of the game on my own. Such as where each unit's movement resources are shown, or how to back out of a menu or combat action I was engaged in. This, coupled with the static backdrop approach to dialogue, left me wondering about the game. But if you can push past those frustrations, there is something special here.

Lost Eidolons is available on Steam and the Epic Store as of the 13th of October 2022. An Xbox Series release is planned for sometime in 2023.

Lost Eidolons is a tactical RPG that takes time to become attached to. However, once you start to get the swing of things you may just become hooked.

Explaining things thoroughly and also too much