Since I say this at the beginning of every Artifex Mundi game review, I will quickly say that the developer of Lost Grimoires 2: Shard of Mystery, the aforementioned Artifex Mundi, is the main source of hidden object and puzzle games on the Xbox One. There have been over a dozen games released by the studio and, while they all have similarities, most have a unique twist that makes them worth a look. As a quick example, I’ll mention that there are helper animals in some of the games, while others have different optional mini-games, and others, like this game, have a crafting mechanic that fits the character you are playing.

Lost Grimoires 2’s crafting consists of brewing potions from three ingredients found throughout the environment. There is a short mini-game in which the player connects as many same-colored additives as they can in a set number of turns. This crafting gameplay is not the only unique aspect of this title and this realisation made for a welcome surprise. Despite being a sequel to another Artifex Mundi game, players can expect to find new types of puzzles in this entry. While these may not challenge the player’s mind as much as some of the previously established puzzles, they do offer a change of pace that these games definitely needed. 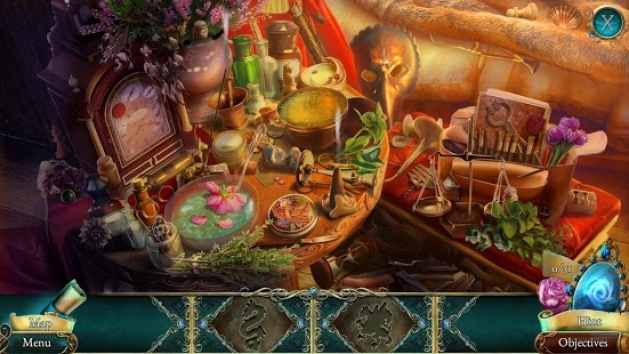 I feel like I can’t talk about these additions too much as even explaining the goal behind them may give away how to complete them. Veterans of the series will be able to spot these fresh encounters easily as they work their way through the normal hidden object scenes and puzzles. The typical number of these scenes and puzzles are present and can be expected throughout the game. Honestly, there isn’t much more to say about these that I haven’t said before and I can sum up my feelings quite succinctly by saying if these challenges weren’t fun or engaging at all, I would not play them. I will not try to tell you that Artifex Mundi titles offer up anything unheard of in gaming, but I can say that they do scratch an itch that I find myself with after playing countless hours of shooters and RPGs.

It seems that it doesn’t matter that Lost Grimoires 2 is a sequel as, while the still frame art has improved, the animations have taken a noticeable backpedal from recent releases. To be fair, this hasn’t mattered to me in the past and doesn’t change much now. I play these games for their puzzles and not for how pretty they are (although that would be nice). The scenery does seem to have even more going on than previous titles, but I cannot really be sure. Voice acting is always hit or miss in these games and this time is no different. All of this is punctuated by the forgettable and extremely safe story that does nothing but drive the player towards more puzzles. I believe I’ve mentioned that I dislike how careful these games are with their narratives as it makes them predictable and forgettable (have I said this before?). 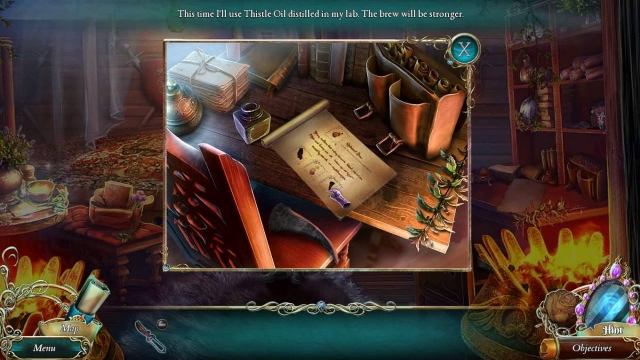 Really there isn’t much else to say about this title. It’s your typical Artifex Mundi game with a few extra puzzles and pretty scenes. The best way to describe the animation and story is that it’s a shame there isn’t just a bit more effort put into them to make them worthwhile. That’s not to say I didn’t enjoy the time I spent solving puzzles and finding hidden objects. Oddly enough, it doesn’t matter how shoddy the voice acting is or forgettable the narrative is because the core gameplay is fun enough for a few hours.

Only a few new things from the most recent Artifex Mundi release. Same old quick and easy completion with its fair share of puzzles to solve and hidden objects to find. Still art looks great while animations, voice acting, and narrative are a bit lacking. Arguably one of the better titles released by the studio.