Monster Hunter Rise is the action RPG that is a fresh new start for the series. It takes all of the best parts from the previous games and hones into what feels like the lovechild of Generations Ultimate for customisability and the movement and lessons learnt from World and Iceborne. Taking all of the browns and giving the game so much colour and fantasticalism that makes a visually impressive treat by all accounts given that it’s on the Switch, showcasing the power of the RE Engine.

The game itself is independent, with no narrative threads from previous games. The only holdovers being returning monsters to kill, skin, and craft and Japanese aesthetics from Monster Hunter P3rd. There’s honestly a lot to love and praise. Unlike previous games, the tutorialised portion of the game is really helpful for first time players and helps streamline the process. The story itself is baked into the expected progression and is a continued improvement to the new hunter experience without being a huge detractor for older players. The only blight to the ending is how abrupt it is. More on that later.

Quests are split into Village and Hub quests. The former being the single player portion of the game and features a more concrete narrative thread, with Hub being the multiplayer portion. The Hub itself now features dynamic scaling for difficulty in hunts and allows for seamless drop in and drop out hunting experience. So if someone DCs they’re able to rejoin, or if you’re doing Join Requests quests more people are able to fill in. Join Requests is basically World/Iceborne’s SOS system, but upgraded, allowing you to have random players join your quest with extra materials at the end aiding fellow hunters. 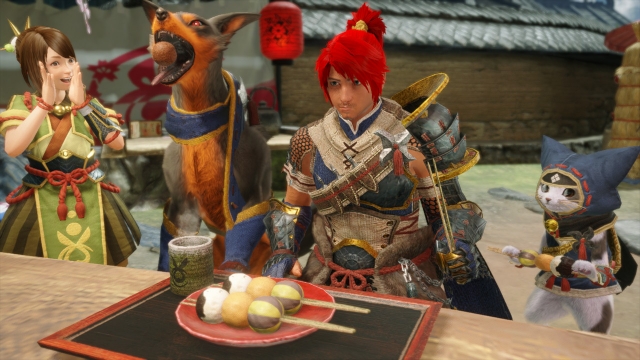 But to the real meat, the Monsters. There’s a lot to talk and wax lyrical about; every Monster has been given a real glow up and even veterans will get a kick out of it. Where World strived for realism, Rise has a more arcade-like feel and it’s made the core experience a lot easier to play and learn. There are a lot more tells and because of the animation blending not being as concrete, it’s easier to read the Monsters and how they’re going to move. Also, because of the larger open areas, there’s a lot less claustrophobia with fights. That said, some Monsters will love to fight you in a corner and, boy, does it feel like they’re trapped in with you.

The new Silkbind moves are special moves that you’re able to use and feed into your regular attacks. Unlike Iceborne’s Clutch Claw, this feels more natural and using it isn’t a requirement to beat a Monster. And everything feels like there’s a state of balance, with the skill floor and ceiling being appropriately balanced for weapons. There are a few bugs/weirdness here and there, like how the charge blade has an issue of its super amped elemental discharge not hitting grounded Monster at an angle. The unlocking of new skills is definitely an interesting concept and makes progression a bit less linear with the armour and weapon upgrading being the primary method. If we get new skills with subsequent updates that’d be cool, but as of now the fact that we have options is great and everything has a sense of balance.

But what about the endgame? It’s something. It’s not better than World. But it’s definitely not worse than it(?). The endgame is a mishmash of ups and downs. The down is the eternal fight against RNG/desire sensor for charms. The upside to it is the freedom to do whatever we want for the endgame, using any Monster materials for the melder for a chance to get god tier charms. Decorations are now craftable in return, and everything is balanced so that you’re able to get decent sets made without god tier charms, but they enhance them. Some skills are entirely omitted from decorations, so set building requires more thinking and there isn’t a one size fit all solution anymore. It also feels like they learnt a lot of lessons from the previous games where powercreep becoming a huge issue where the meta became stale and lacked any deviation. 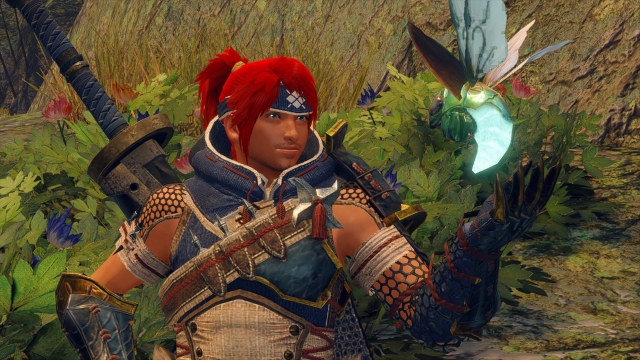 Is this a Scoutfly?

But that said, at time of review, no updates have dropped and it being the second live service model that Capcom has approached the series with. It’s very much killed what made the original Monster Hunter great. With the long in short being, it’s like old Monster Hunter games but cut up into smaller chunks to be served for a later date. The story just abruptly ends and for a base experience it isn’t fun. There’s not been much information on events and how it’s supposed to be doing live updates. But if it’s anything like World, or (worse) Iceborne, I foresee a repeat of issues with power creep, what feels like deliberate choices to enforce a sense of balance, nerfing outliers without buffing other weapons, and drip fed content that feels less rewarding to do and more “I guess I’ll load up Monster Hunter to do X now”. If that’s what it’s building into, then I guess it was a matter of time that we see this franchise adopt modern gaming practices for extended life cycle and recurrent user spending on cosmetics. Things to note, the game doesn’t run as smoothly for first gen Switches and there are bugs in regards to the charm repeating/looping, if you’ve encountered that problem, Capcom has stated that they’re investigating the issue. If their swiftness in fixing the save corruption is anything to go by, this should be a non-factor.

Ignoring leaks and datamines, the return to Switch feels like a revival and if this is supposed to be the B-Team’s game, I think I know what games I’ll be more interested in moving on. But that said, for a Monster Hunter game, the core game is only just better than World at launch but is open about stopping you from progressing further until a later date.