So it’s been quite some time since my last review article on Monster Hunter World (link and link) for Low and High Rank. But having clocked 250+ hours, I can comfortably comment on more of the inner systems and mechanics in regards to overall pace of combat and what this game can potentially hold.

Post main campaign, the game starts to deliver on tougher variants known as Tempered Monsters. These being Monsters that hit harder, the need for tougher armour becomes a necessity to avoid being carted in one hit. Whilst this provides a nice change of pace, the game still runs into the same problem as noted previously. With the Monster pool being as small as it is, the game becomes boring quicker. Couple this with the very flat approach of singleplayer and multiplayer balancing, the game is either too easy or almost unfair levels of challenge.

Examples of this include how certain attacks do insta-cart levels of damage, taking sometimes more than half your HP despite wearing fully augmented armour. But the catch 22 of the augmentation process using Streamstones to maximise your gear is that you need to kill these tougher Monsters. Whilst tier two of these Tempered Monsters only require HR27 to start augmenting weapons and armours (post Spring Update), the process to being ready is borderline a chore. Throw in the RNG of getting Tempered Investigations, the RNG of loot pools, and the RNG of the actual loot in the form of Streamstones. The grind to reaching the peak of power is almost too much of a slog. That’s not to say it’s boring strictly speaking, it’s just that progress is almost too slow given how fast you’d previously upgrade yourself. 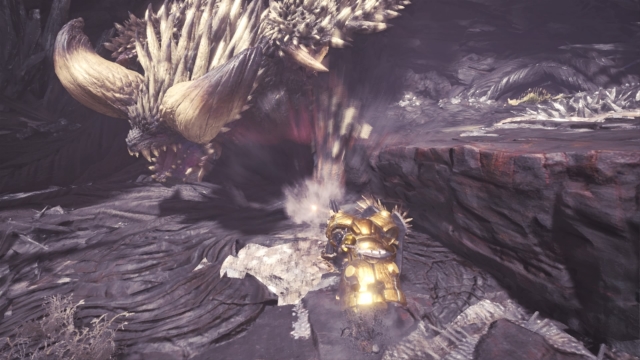 As far as challenges go and set builds go, it’s not honestly the best. With solo hunts being super easy thanks to the reduced states of the monsters. Once you jump into group hunts, the increased stagger/break/sever/stun values is borderline too much depending on the Monster. Nergigante became my personal go to hunt for being a stress reliever. Having fought it so much, I’ve learnt a lot of its personalities and how it should behave. So the difference between solo and group is quite different, with the culprit being the stagger values. But when you throw in a Tempered state, this goes out the window even more. My main comparison for the Tempered Monsters is Hyper Monsters from Generations, where there was a huge risk/reward prospect thanks to the different hunting styles. Here, the Tempered Monsters feel like the inbetween stage of High Rank and G Rank. Where G Rank is the pinnacle of difficulty in the Monster Hunter franchise, certain Monsters hit like this, an example being the event Tempered Deviljho (AKA Golden-Jho).

It’s because of this, plus the lack of variety in gear, that I’d argue that this is the most underwhelming endgame in the series. The additions of Kulve Taroth and Deviljho help bolster the roster, with small additions to the Event Quest rotations and the arena’s Challenge Hunts. They don’t alleviate the lack of options, whilst not apt to compare to Generations in terms of quantity, there’s a significant plateau of unlockable content and pace of acquiring it. Whilst the idea of transmog - the ability to have gear look different to what you have equipped - might prolong the life of the game, it doesn’t help that the thematic consistency of the game is almost its undoing for World.

Having jumped back into Monster Hunter 3 Ultimate on the 3DS briefly, the variety and variations of armours made it a surprisingly refreshing take. Compare that to the design intentions of World, you could argue that this is a minor point. But with how the little things add up, it becomes an underwhelming experience. That’s not to say updates, small and big ones couldn’t solve these problems. A small example is the “bloat values” of the weapons, whilst in premise they are useful for a player to understand how a weapon is designed to operate, where the motion value of an attack is what deals the actual damage. Being able to see the weapon’s actual raw attack value would be a nice feature for better weapon comparisons, since Kulve Taroth’s large weapon pool made gauging if a non-familiar weapon type was good or not. (Quick aside, I had to make a list of the final metal, bone, Nergigante weapons to act as a barometer). 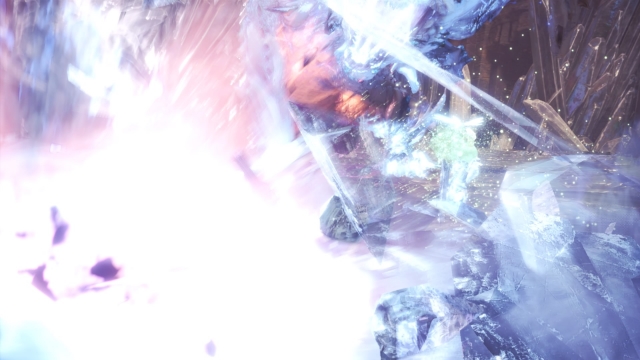 Other small things that could be changed is the rate Tempered Investigations are handled, being given when Monster parts are broken/severed instead of relying purely on tracks. The more accessible loot pool change whilst nice, still doesn’t stop the grind being almost too RNG based. Mainly because there aren’t any farming techniques like there was for previous games, Sakura method from Generations as an example. The same be applied to the Hunter Rank grind, whilst most of my points have come from doing a variety of quests and helping players with SOS flares of High and Low Rank. If it wasn’t for the special event Quest that gave additional points, I wouldn’t have the 20 or so ranks because of it. Considering it takes about three Optional Nergigante quests to get a rank, the option to fight a “tougher” version for more HR points wouldn’t be a terrible addition (for those who like seeing big numbers).

Interestingly enough though, the addition of mantles is borderline breaking the game’s balance. Whilst the time attack community, prior the new TA rules, were tired of Rocksteady, Evasion, and Impact (to a lesser extent) being used in almost all runs. To a highly skilled player, these can lead to insanely short hunt times. My personal best for Nergigante is just sub 3 minutes, but to the average player these mantles are at best their saving grace. Not necessarily a change, but slight tweaks to how effective they are is almost needed. Moreso for the less used mantles, an example being the Vitality mantle being entirely mute against Vaal Hazak thanks to its Effluvia debuff and against Tempered Monsters. It can withstand maybe two or three hits, my personal worst is wearing it and losing it instantly thanks to Tempered Kirin’s strongest attack…

A last tweak is just the variation of hunting monsters. As fun and tactical it can be to hunt in the Elder’s Recess, it can become a bore and bland experience. With the end game being Tempered Elder Dragon farming, the constant barrage and lack of variation in hunting areas just make it become a drag in terms of a core hunting experience. Becoming formulaic quicker, random spawns might alleviate this, but it wouldn’t detract from the fact that the hunt doesn’t last long enough for it move beyond the first or second area. 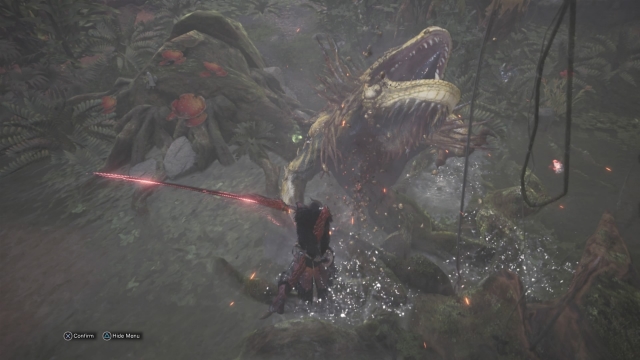 Finally, The Sapphire Star's Guidance. The last quest in the game to show you are truly a Monster Hunter. A small annoyance is that it doesn’t lock your Hunter Rank to 99 until you beat it. Without a doubt, this is the quest that made me rethink how I hunt and do things. Being a challenge mainly due to Kushala Daora’s windshield, the fact they were tempered did very little to detract from the hunting experience. Being a quest more for bragging rights, it’s difficult for all of the right reasons. But critically, the lock on rotating Event Quests is more a detriment to the overall experience. Moreso for the multi-Monster hunts that help shake the experience up, which the investigations don’t do thanks to the RNG nature of them.

Honestly, if the Low and High Rank portions wasn’t as polished and an incredible experience to go through. This score would be 7/8 margin just because compared to previous games, the rotating event quests, RNG investigations for RNG loot, reduced weapon and quest pool, and less challenging solo player end game. But, with the incredibly constructed world, incredible combat experience, and cohesive experience. The downpoints are more just demands for more content.