Originally released for the PlayStation in 1997, moon was just one of the many Japanese game releases that had – up until recently – never received an official Western translation. Often being described as an “anti-RPG”, moon doesn’t actually feature much of the customisation or gameplay elements that are synonymous with the genre, instead opting to use the tropes and concepts as a springboard to deliver something more akin to a classic adventure game. Granted, simply comparing moon to other notable adventure titles is somewhat of a disservice, as it manages to deliver a decidedly refreshing gameplay experience 23 years removed from its initial release.

Following a humorous introductory sequence, which establishes the game’s irreverent tone in abundance, it’s revealed that players will be controlling a young boy who has been sucked into his TV and transported to the world of the latest RPG he’s currently obsessed with – Moon World. From there, the boy dons a new outfit (looking like a cross between a Final Fantasy Black Mage and Rayman) and sets out to find a way to restore the power of the moon to the world. 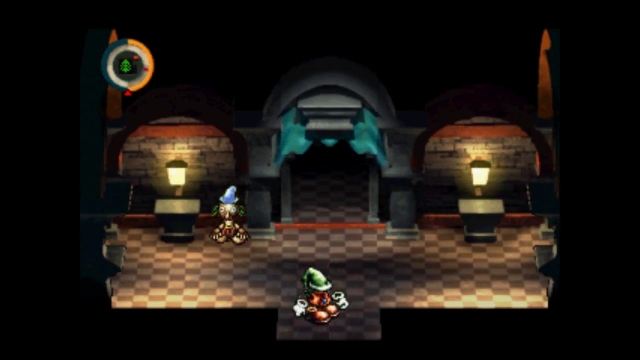 moon’s main narrative and gameplay hook is the power of love. As cliché as it sounds, the ways in which the game facilitates this notion makes it notable. While the “hero” of the land is off causing mayhem, gaining experience points (yes, literally), by slaying monsters and destroying property, the boy trails behind cleaning up the hero’s mess. This is mainly achieved through the act of soul catching, where the souls of dead creatures need to be collected in order to revive them and gain their love.

Soul catching remains mechanically simple throughout the course of the game (you simply walk up to the soul of an animal and press the A button), but there’s typically some kind of puzzle or action that needs to be completed before the soul reveals itself. These can be determined by examining the corpses of the creatures which leads to clues on how to restore their souls. A number of these are simple logical deductions – such as a nocturnal bat’s spirit only appearing at night time – while others require some more thought and experimentation.

The wholly pacifistic approach of moon’s gameplay might not be as novel or as thought-provoking as it was in ‘97, but this doesn’t diminish how gratifying it is to assist creatures and gain the benefits from it. Even the less emotionally invested players will find satisfaction in helping the creatures, given how intrinsically useful gaining love is, while a more sentimental person will find the act of helping a unique creature to be a reward in its own right. 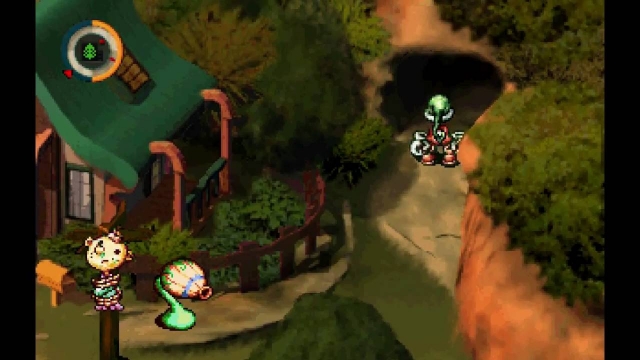 Aside from soul catching, another of moon’s distinct features is its innovative time cycle. Beating Majora’s Mask to the concept by a few years, moon’s NPCs all operate on their own distinct daily schedules which can vary depending on what day of the week it is. Interacting with a character at a specific time of day will usually lead to additional clues on how to progress further, or at the very least, will reward the player with chances to obtain additional love. A lot of these character interactions are enjoyable too, with their often quirky dialogue and colourful personalities making even minor characters feel memorable.

The catch is that the boy can only stay awake for a set number of hours before the player has to return to a bed and rest. Thankfully, obtaining more love will allow the boy to stay awake for longer periods of time, which means that as the game progresses, more can be accomplished at once without having to worry about resting. This additional interaction time becomes a necessity later in the game, given how painfully obtuse moon can eventually feel.

The majority of moon can be reasonably sussed out through some intuition and experimentation, but there eventually reaches a point where it feels like leaps in logic and guesswork become a necessity, as the game can occasionally devolve into frustrating trial and error and mindless wandering. This issue becomes most prevalent at the tail end of the game, as the boy is tasked with finding five undescribed objects that are scattered around the world, with no leads on what they could be or where to find them. It becomes a grating test of patience in this final stretch, and manages to put a slight damper on what was previously a joyously unique experience. 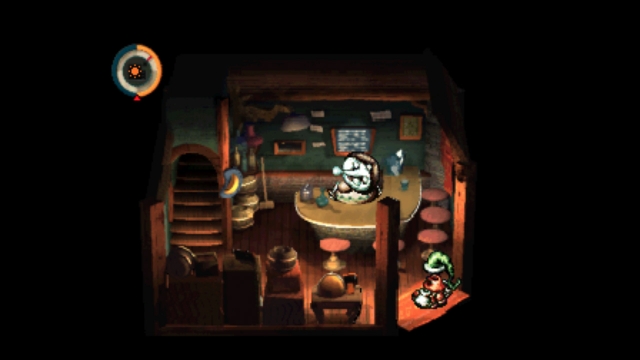 Although it sometimes pushes the boundaries of adventurous puzzle solving too far, venturing into occasionally absurd degrees of vagueness, moon has generally stood the test of time, managing to still provide an inspired and novel romp through a perplexing world of quirky characters even after two decades. It may have taken a few console generations for moon to finally make its way to Western shores, but we should rejoice that this gem finally made it at all. Better late than never, as the saying goes.

Although it sometimes pushes the boundaries of adventurous puzzle solving too far, venturing into occasionally absurd degrees of vagueness, moon has generally stood the test of time, managing to still provide an inspired and novel romp through a perplexing world of quirky characters even after two decades. 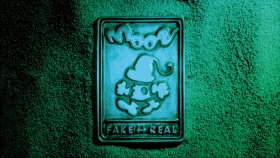