Puzzle games have become a bit of a formula in recent years. With the growth of match-3 titles and our appetite to keep playing them, there’s little incentive to create new concepts in the genre. This is why I love to see it when a game like Mystic Pillars with its unique mechanics comes along.

This title from Holy Cow Productions debuted in 2019 on mobiles and in 2020 on Steam, but this version for the Switch is new for 2021. I say “new”, nothing has been added, but it is the first time it’s been available on a console.

The core gameplay loop is a relatively simple maths-based one. You are presented with a series of pillars containing different numbers of gems on each. Your task is to get the gems from their current position to a different one that the game asks for. You can’t just move the gems wherever you like though, the number of gems you can move is determined by the distance moved. For example, if you are moving from pillar one to pillar two, you can only move one gem, but if you are moving from pillar one to pillar five, you can move four gems. Added to this, you have to get the gems to their final location in a limited number of moves, and on some levels you can only move them in one direction. It’s a reasonably complex mechanic to describe in text, but I promise when you actually play it’s super simple and you will pick it up very quickly. 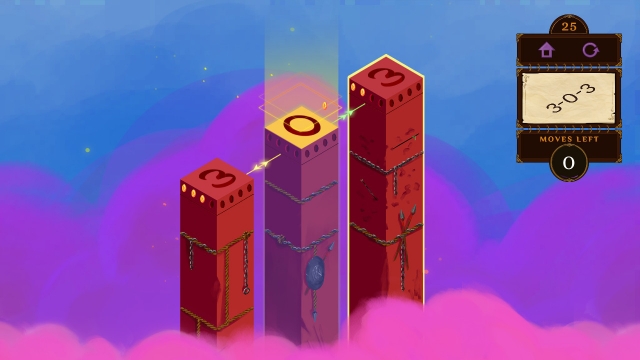 That simplicity extends to the gameplay itself, and it’s not a super challenging game on the whole, although occasionally one level would stump me for a while. There’s no real difficulty curve as such, more of a difficulty Mandelbrot. The mobile origins of Mystic Pillars is likely the reason for this, and it’s not an issue, but don’t expect it to get progressively more difficult as it won't.

Another thing that shows the game’s mobile heritage is the control scheme. It’s a little bit clunky to move between pillars with the Joy-Con and sometimes the pointer doesn’t go where you expect. If you are playing in handheld mode, you can just use touch-screen controls like the original mobile version, and I found myself doing just this a fair bit.

One of the things that the developer is keen on pointing out is that this is a story-based puzzler, and indeed it is a charming story about a protagonist on a mission to save ancient Indian villages with the help of a friendly spirit. This is told via cutscenes every few levels in a lovely hand-drawn artstyle. Each village has its own look and feel, so these evolve throughout the game in a natural way, without looking too out of place. 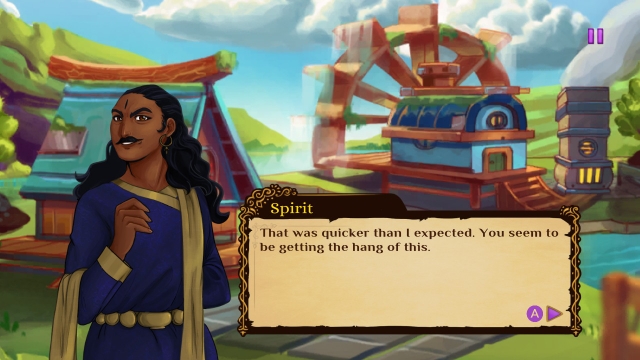 Sound and music are relatively minimal, but it does what it needs to, and as it’s such a short game, it probably wasn’t necessary to have a massive overarching orchestral score. That said, the music that is there is nice enough.

There’s not really much else to say about Mystic Pillars. It’s a relatively short game with not a whole lot going on. It's a nice game but after a couple of hours it’s done and the nature of the maths-based puzzles means you’re unlikely to find much replay value. This is countered however by the price, which is low enough that even with only a couple of hours worth of gameplay, you will likely still feel that you get your money's worth. It’s not a game that’s going to reinvent the puzzle genre like Tetris or Portal did, but for a quick blast of fun, it’s well worth checking out. 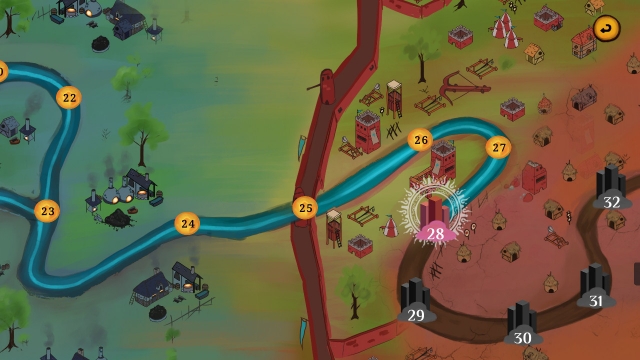 A short but original puzzle game that comes as a low enough price that the lack of length is not an issue. A pleasant little experience that translates well from mobile to the Switch.