Racing titles will always be pride of place in my video games collection. Simulation style racers give the player the thrill of grand day events, matched with luxury, classic and obscure car classes to race around the world in the comfort and safety of your own home. Kart racers are competitive, multiplayer, action-packed and enjoyable at any age with the warmth and appeal to be revisited time and time again. Then, there’s the middle ground; that’s where Need for Speed comes in.

The series has come a long way from its roots on the PlayStation 2, Xbox and GameCube. It filled a 90s child’s dream to create ‘boy-racer’ style automobiles for those that weren’t into the likes of Gran Turismo and Forza but wanted more of a challenge and realism factor than Mario Kart or... well, Mario Kart. Players could customise away until they were content with their neon pink, NOS-powered hunks of metal in the Fast and Furious era of racing video games. 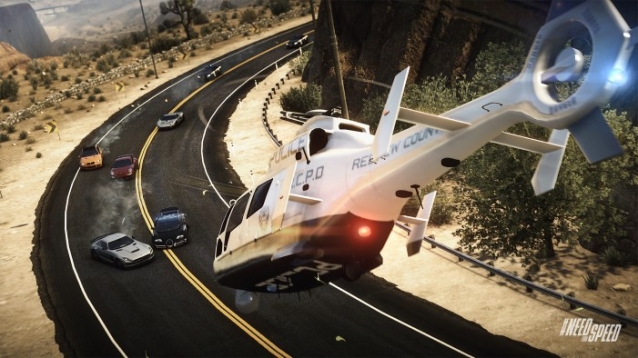 The games were good, but they soon turned bland and repetitive with each further release. EA continued to make attempts to break new ground in the era, bringing in movie-style plots with fully fledged actors and multi-million-dollar cutscenes, blending in with the action the player creates. In my opinion, it was only until they took the series in a different direction that EA breathed life back into the dying franchise. The acquisition of Criterion Software, creators of the Burnout series, and their initial input in the franchise back in 2010, influenced the move from arcade street-racer to what is today’s NfS - Need for Speed: Rivals.

Rivals, as the name would suggest, pits two sets of drivers against each other. It’s a classic good-guy, bad-guy situation where the player can choose which side they are a part of - the Racers or the Cops. Unlike other games where your choice is permanent for the entirety of the playthrough, Rivals allows you to switch between the two at any time by simply driving to the allocated checkpoints within the world and making your choice in the menu that follows.

The gameplays out more like an MMO than any other genre of play, although it’s a rather loose one. The world that Rivals is set in is open to explore. The game has an ability to be played online or offline, depending on your internet/subscription status, but when played online players can work together as opposed to a primarily individual experience offline. 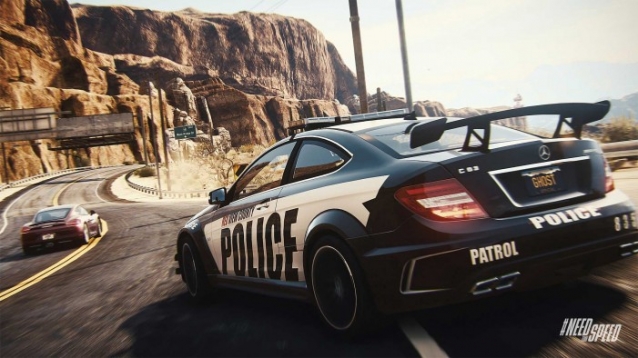 There’s little in terms of storyline, and no real point to the Racers way of life, other than to just be a total nuisance and get 15 minutes of fame with the videos of their cop takedowns posted online. There’s no characters, apart from the obnoxious and unnecessarily philosophical nature of the Racer's narrator in-between challenges - trying to shoehorn in a plot. The goals of the player, depending on the side you are currently playing, is to take down other Racers or Cops, collect SP (the game’s currency) to upgrade your cars and buy more by completing events and challenging other players or CPUs, taking out other cops or racers or driving to consistent and thrilling standard.

The missions you choose as part of each faction vary slightly on how you want to play the game. There are three categories of mission selection for each of the Rivals: Race, Pursuit and Drive for the Racers; and Patrol, Undercover and Enforcer for the Cops. Each mission list takes you on the same narrative storyline (if you can call it that), but if you don’t feel like taking Cops out and want to showcase your driving talents then you’ll choose the Drive set of missions for the Racer. These consist of tasks such as drifting a certain amount or maintaining a top speed for a certain length of time. On the other hand, if you want to be a bad cop, gaining credit for taking out criminals left right and center, then for the Cop faction you’ll want to choose Enforcer. There isn’t a vast difference between each mission-set, but it’s just about enough for you to not get bored with the same type of missions over and over again. 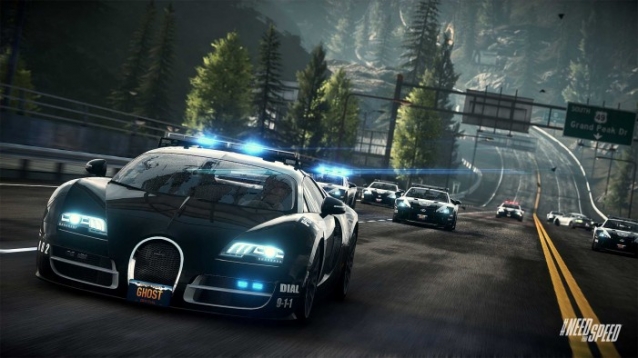 Need for Speed has always been about the cars and players won’t be disappointed with the variety on offer for both the Cops and the Racers. The customisation options differ greatly when comparing the two sets of cars. Racer cars can be modified visually as well as improving the cars handling, top speed etc.; whereas the cop cars can only have different Pursuit Techs to purchase, but many more cars to choose from.

Pursuit Techs are what prevent the game from being a simulation-style open-world MMO with takedowns being performed only by slamming, to a Blur style addition of technologies that can be used against your enemy. Each faction has a set of Pursuit Techs that they can use to help take down a rival. For example, the Cops have a Shock Ram, which when deployed sends a powerful shockwave towards the Rival that’s being charged down, sending their car out of control. Racer tech on the other hand consists of more defensive picks as well as some attacking additions too. EMP jammers are useful when you have been locked on by a Cop car during a pursuit. Get hit with an EMP and your car shuts down for a few seconds but time your jammer right and you won’t have any problems speeding away from the scene of the crime. 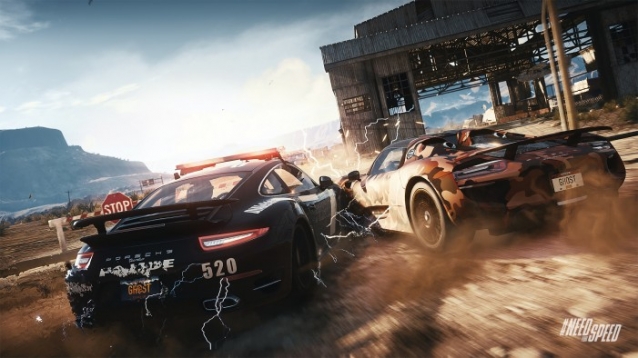 Driving feels responsive and lends itself well to the city and mountainous environments with tight turning upon using the e-brake, and extremely satisfying drifting that feels like it’s been taken out of an OutRun game and adapted to make it feel somewhat realistic. Takedowns are difficult and can’t be done in one swift swipe, making them challenging and rewarding when achieved too. The map is great with various things to do, including driving through speed cameras as fast as you can, as well as jumps and average speed sections, enticing you to maintain a high speed for as long as possible. All this being for bragging rights with your mate’s high-scores and comboing moves to gain more SP.

So there you have it - Criterion have made a brilliant Need for Speed game. Hold on, EA own Need for Speed, so I must have forgotten to mention the bugs that are oh-so familiar to almost every EA title. Well, pop-ups happen often, mostly with drone cars on the road, which is infuriating to say the least - trying to outrun a cop or catch a racer and being brickwalled in the middle of the road to a car that appeared just a split second before you did. Frame rate issues are rife throughout the game and detract from the high-speed, high-adrenaline feel when they drag the game into near single-figure frames per second. Not to mention the servers aren’t hosted by EA either, so when the host leaves, each player has to migrate to a new host - erasing your previously attained multiplier and score on some occasions. 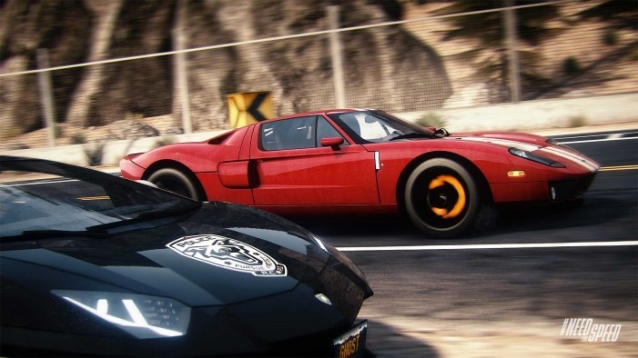 To be perfectly honest however, Need for Speed: Rivals is a genuinely excellent game. It’s more than playable and is an excellent drift for the Need for Speed series. It seems only obvious that there is due to be a Need for Speed movie released next year when you take a look back at what EA tried to do for the series a few games ago. The fate and quality of the movie for the viewers is yet to be known but lovers of the series will thoroughly enjoy what EA and Criterion have made here back in the videogame world with Need for Speed: Rivals.

A welcome alteration from the series’ previous all-too-familiar line of games. Rivals blends the open-world driving enjoyment with high-adrenaline, high-speed racing with challenging mission sets and battles for supremacy. 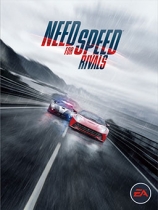