Outriders is often called a looter-shooter and commonly compared to games like Destiny or The Division. The problem is that whilst Outriders shares some aspects with the genre, there isn’t that grind of gearing up for a raid to keep you going like it would in those other games. While there wasn’t a lot of content in either game at launch, it was made up for in the way of post-release updates and expansions. Outriders isn’t doing either as it classes itself as an RPG rather than a live service game.

The story takes place on the planet of Enoch, a hostile planet that will test you from the very beginning. It starts quite slow but rushes into a lot of action around the 40-minute mark. The base of the story is that Earth is now inhabitable, you are a part of a team called Outriders, sent to scout a new planet in hopes of finding a new home for everyone that left Earth. Don’t expect the narrative to pull you in too much though, because as cool as the plot sounds it just doesn’t feel right in the game and I feel that it should have focused a lot more on the beginning exploration rather than throwing you straight into combat after explaining the premise. Unfortunately, the story is a major letdown and none of the lore is expanded or explored. 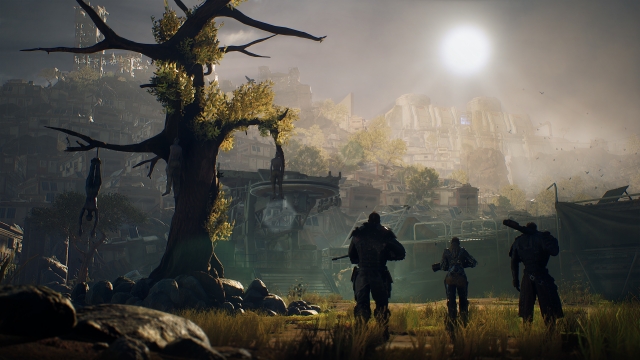 Since the loot system is compared so heavily to Destiny, how does it hold up in Outriders? The answer is not very well. The guns feel the same: every single light machine gun, every assault rifle and every pistol just feels the same. Recoil patterns feel the same, the gun designs, bar exotics feel the same. Yes, there are exotics in Outriders and some of them look pretty damn cool. The game tries to add variety to its gunplay with guns perks, such as creating an explosion when you get a headshot. Whilst this is great for killing larger groups of enemies this has been done many times before.

The worst aspect of this game for me was the performance. This is one of the worst-performing games that I have had to review for GameGrin and I had to review Cyberpunk 2077. The recommended specs on Steam don’t suggest that this game will give you a bad time trying to run it on a mid-range PC, with a recommended GPU being GTX 1070. I was running the game at 1080p on an RTX 2070 super and I could not hit a solid 60 FPS even with all of my settings turned to low. Going into this game I was expecting to run it at 144 frames per second however, my dreams were quickly dashed. Outriders constantly stutters and drops frames. Nvidia and the developers behind the game were advising that the latest Nvidia drivers would fix the issues, however, after installing the drivers I was still encountering problems. I thought it was just me so I scoured Reddit and found that most of the player-base was experiencing the same issue and that it was affecting mostly Nvidia users.

Graphically the game looks stunning from the wide expansive horizons that are in the distance to the way the world looks when using your powers everything really does look great. The character design also is impressive. The game world looks alive from the way the sky looks, to the animals that roam the world in the first mission. 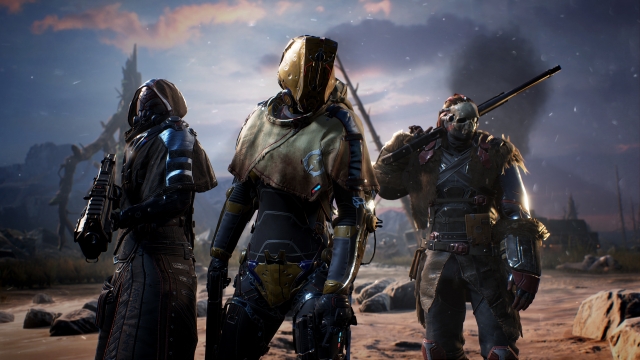 There is a huge emphasis on co-op in Outriders with four different classes and each class complementing each other, however, I have no friends who own the title and so I was looking to matchmake with other people to experience the game’s fullest. Unfortunately, I was unable to find anyone - when going to the matchmaking terminal in-game it would search for a fair few minutes without finding a single person every time I tried. This was a huge disappointment as I was forced to play the game solo and was not able to experience all of the different classes combining their abilities and creating some devastating combos.

Whilst I somewhat enjoyed my time with Outriders many factors have me worried about the longevity of the game, from the gear wiping bug that has been going around recently to the already small and dwindling player-base that won’t exist in a few weeks. I feel like Outriders tried to make a change to a stale formula and failed miserably. Outriders will inevitably go down the same route as Anthem and will die not long after it starts.

Outriders is a boring game to play solo, with a lack of any real end-game content and bugs that may wipe all of your progress it’s probably best to wait for a sale for this one.

The GrinCast Episode 298 - Train of Thought

The End of Four-Player Co-op?