In the grand tradition of weird games that are somehow wonderful, I present to you Pato Box. Punch Out! meets Catlateral Damage in this odd mix of boxing and destroying rooms for points. I haven’t even gotten to the best part yet, either, and that’s your character - a big, buff, human-duck hybrid with one hell of a right hook. 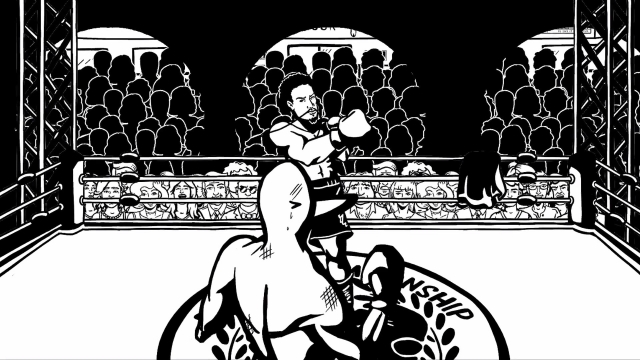 Brought to us by Bromio and 2think design studio in their first outing, Pato Box is one of those games no one realised they needed in their lives. No one asked for it, no one else even thought of it save for these devs, and that’s the most wonderful thing about it. No one else would have ever dreamed this game up, which is why indie devs are the best as their imaginations tend to run wild. After all, this is how we got Surgeon Simulator, Octodad, and I Am Bread. Fortunately, this title doesn’t have the level of rage-inducing frustration that those others do.

So what’s the story? You are Patobox, an anthropomorphic boxing duck working his way to the peak of his career. Betrayal by the very company he’s been working for, Deathflock, revealed the evil that is this corporation has been doing in the background. Secrets and lies being protected by the members of the organization, and Patobox’s eyes have been opened. Now it’s up to him to discover just what Deathflock is up to, reveal the truth and find out why they turned their backs on him and let him take the fall. 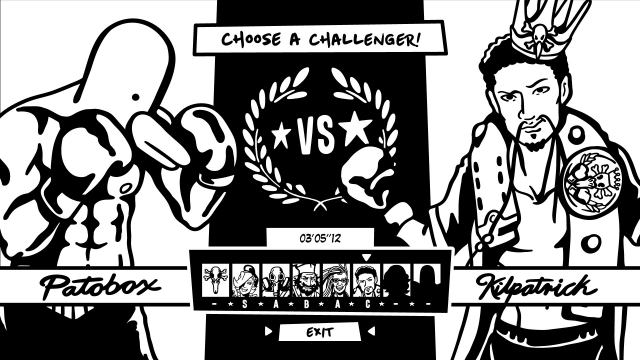 The boxing gameplay weighs heavily on your reflexes. The boxing matches are similar to Punch Out! close up, giving you roughly the waist up of your challenger. I learned quickly that you have to pay close attention to your opponent to defend and attack rather than yourself as they will bob and weave. You want to do the same, typical in boxing of course, and do your best to avoid punches while landing your own. After some time spent learning the rhythm to the fight, it became more intuitive, still challenging and definitely fun.

The most fun, though, is the destruction. Between boxing matches, you’ll get to explore Patobox’s old company, which sometimes means punching and breaking as much stuff in a room as possible. Doing this as a super buff boxing duck is probably one of the most satisfying things I’ve done in a game in a while. It’s so ridiculous that it’s wonderful and somehow stress relieving. The art in this title is perfect, done all in black and white with a very comic-book inspired style. It fits perfectly with the story, really pulling you into the world with its simple and effective design. Maybe it’s my favourite music video as a child influencing how much I love the look of this game - thank you A-Ha - but spending time in a black and white comic-book world sounds wonderful to me. The black and white sets it apart from other games, making it really stand out. It’s not often we get games devoid of colour, and playing this has made me wonder why we don’t have more black and white games. 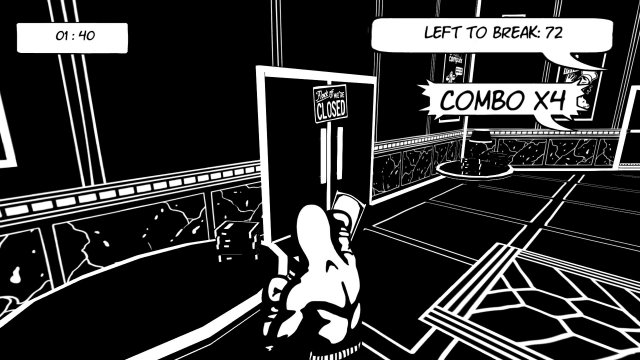 All in all, this game is super fun and addictive. I for one am absolutely looking forward to more from Bromio and 2thing design studio. If this is what they’ve decided to give us as their first title, I’m figuring it only gets weirder from here. More weird games, please and thank you! I definitely recommend giving Pato Box a try, it’s currently available on PlayStation 4, PS Vita, Nintendo Switch, and of course Steam.

A great stylized game with a fun and ridiculous plot. You get to be a buff boxing duck who destroys things, what more do you need to know? I definitely recommend this game, especially if you're a fan of the kind of weird.

I hadn't wanted to be a boxing duck before now, but now I know it's an option...

See! Exactly. Didn't know you needed it in your life until you knew it existed. Join the boxing duck fold, Dominoid! ;)