Life is full of ‘either-or’ decisions; tea or coffee, shower or bath, perhaps even cats or dogs. It’s human nature: We have to take sides and that even resonates when it comes to video games. You’re either a PC gamer or console gamer, Battlefield fanatic or Call of Duty nut, a FIFA disciple or a PES loyalist. And it’s the latter which at times has suffered in the shadows of its closest rivals.

PES has never fully set the world alight and has always seemed more like the niche football game on the market, with a more arcadey style, unlicensed teams and players who on occasions were barely recognisable. But times have changed since the early 2000s. PES 2015 promises significant changes in order to regain the ground lost to FIFA over the last five years or so and it is clear the years of ‘enhanced fabric features’ are well behind them.

Konami spent much of its campaign trail highlighting the player face re-creation, a method in ensuring the highest quality graphics. Essentially eight high-resolution cameras surrounded various footballers who sat on a rotating chair while hundreds of pictures were taken to create a 3D image. The results are some of the most crisp and refined graphics you’ll see in a sports game to date and the power of next-gen consoles really resonates. However, those players that didn’t get hundreds of pictures taken are produced from pictures provided by the club, and this tells. Where Mario Gӧtze is as close to the real thing as watching the Champion’s League final, Steven Gerrard resembles Frankenstein’s monster, made up of parts of doughy footballing legends. And it’s this split which really affects the full immersion into an important cup match or wet wednesday in Stoke. 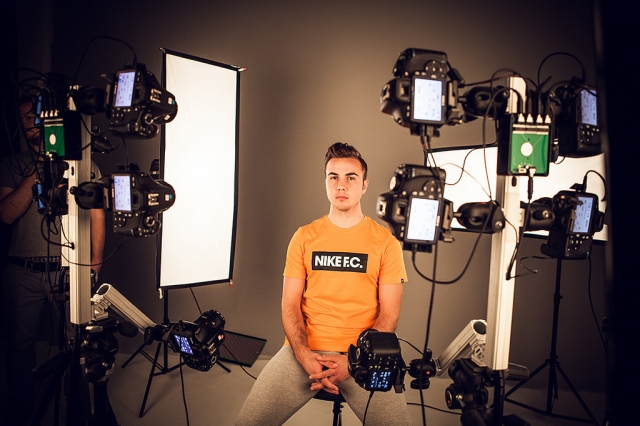 The important thing is gameplay, and PES feels real. Your players have some actual weight behind them, varying from your nimble striker to your hardman centre half, and you can feel the difference whether in building up pace or in a jostle for possession. The in-depth game plan allows you to mix and match your tactics with what suits you best and you can even assign quick changes to single buttons. This is all what you would expect, but when push comes to shove, I didn’t notice too much of a difference when it came to tactics, whether you were playing against a strong home side or weak visitor. The game, unlike FIFA, seems to give the advantage to the defending team. While this may be a reflection of the upper skill level I was playing on, it seemed that centre halves always had the advantage, regardless of the tricks and off-ball runs you had at your disposal. That being said, they seem completely incompetent at defending headers, and an angled cross is easily met and put away by an incoming winger. A little more refinement when it came to balancing out the AI’s attributes and PES could have been going toe-to-toe with its closest rival.

3D crowd animations were a pleasant surprise, as well as pitch wear-and-tear which gradually got scuffed and kicked up after long field punts and slide tackles. Pre-match tunnel scenes and the ‘football community’ handshakes were also exciting additions to add to pre-match tension and at times really gets you pumped up for a tough away match. For all of the pre-match adrenaline, once the game begins, it falls somewhat flat and on too many occasions it was too easy to forget you were actually playing in front of a capacity crowd, the sound effects are more of a hollow drone than an amphitheatre of intimidation and match day atmosphere. The same can be said for the on-pitch sounds, while football is hardly noisy on the pitch, the sound of the ball being launched forward, or delicately controlled are all the same: a generic thud that resembles a fridge being dropped from a small height. 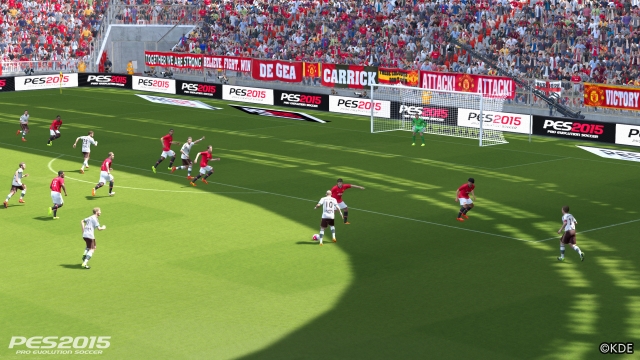 PES 2015 is brimming with various licensed cup tournaments, which are a great option for those who find the mundane manager mode an endless burden. Single tournaments are available for you to try in your quest for glory, ranging from blockbuster Champion’s League ties, with fully licensed music, graphics and teams (official EPL teams excluded), the Europa League or even more obscure South American cups such as the Copa Libertadores. These also extend to full season domestic leagues across the entire planet. All these modes offer the chance to play the match or watch it in Coach Mode. This is a less glamorous Football Manager style, ‘dictate from the sidelines’ addition, but the tactics provided are few and far between and you’ll find yourself just watching a rather dull match time after time. 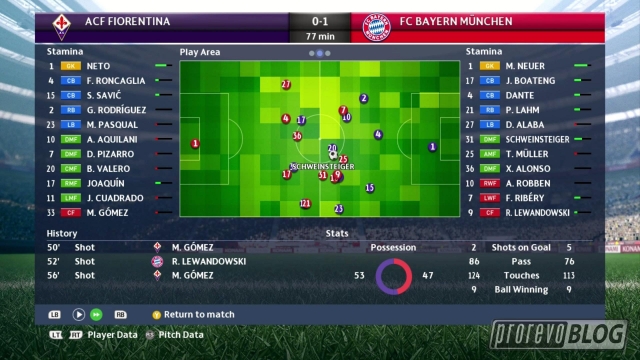 For those looking for a long term managerial experience, this is available through the difficult-to-find Master League, where you have to design your manager, pick a team, run training, manager transfers and of course play the matches. The ability to take charge of training is an innovative step forward, you can now choose what you want each player to individually focus on; maybe your small striker needs some strength conditioning, or perhaps your midfield has no defensive graces whatsoever, you can focus their individual training on single traits and slowly see marginal improvements. It gets washed under a set of dull and misleading menus and submenus though, on more than one occasion you’ll really struggle to know exactly what does what. It seems that more time was spent making the game look gorgeous in motion than in getting you there. It’s particularly surprising as on the home screen you are welcomed by HD tiles (like FIFA) which are easy to navigate and understand.

PES is a great game for any football fanatic and on the surface you’ll struggle to find any glaring issues. Still, not having licenses to Premier League teams really holds PES 2015 back though, and the same can be said for the generic league, simply called ‘Other European Teams’. With the gripes but to bed, PES 2015 looks gorgeous and plays just right, in a star spangled Champion’s League tie you’ll struggle to understand you’re not watching a Wednesday night tie on Sky Sports. If you’re looking for a football game to get your teeth stuck into this, there really is no more reason to avoid what once was the plagued PES.

With stunning graphics and some of the best football gameplay you'll experience, PES is certainly a must have for any football fan, but what stops it from being a truly immersive and realistic game is the set of dull and confusing menus and sub-menus and still no licensed English teams. 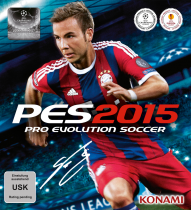