Rainbow Moon is a game that has an elegant charm to it, with spirited visuals and a soothing soundtrack. It has its initial frustrations, but if you scratch beneath the surface you come across a game with over 100 playable hours, with an expansive world and dungeons to explore. This turn-based RPG is a remake of a previous PS3 release - but is it a worthy upgrade on a new platform?

This game begins rather slowly and it is fair to say that your moves to defeat enemies can be infuriating in their repetition, but once you get beyond that initial sticking point, this game becomes rather enjoyable. Your character ranks up and in the process will develop new skills, strategies and ways to survive. Due to its laborious beginning, Rainbow Moon will come across as a bit of a grind, but if you are patient, there is fulfilment on offer. 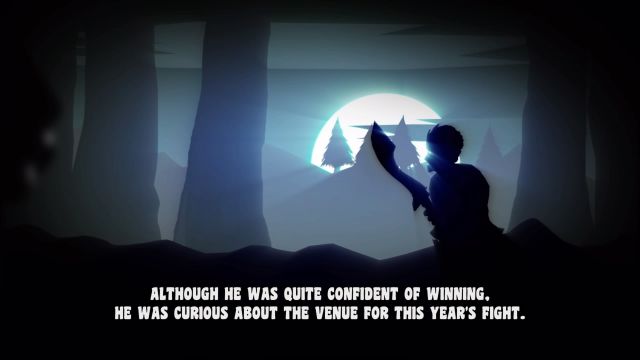 As I briefly alluded to, Rainbow Moon can be a grind, especially to those who are either new to the series or new to the genre. However, if you persist with this game you begin to appreciate its charm and challenge in equal measure. Your duels will ascend in regards to their difficulty, and the more intense the battles become, the more tactically you are tasked to approach them. This adds greater depth and enjoyment to the game.

However, Rainbow Moon has limitations and flaws. There is a sense of repetition that exists in this game and as much as you customise your character and level up, this game is not exactly limitless when it comes to action, nor is it ground-breaking. Now, it isn't necessarily a weakness of the game because it's a tried and trusted formula, depending on your point of view. It could be argued that this is basic gaming at its best, but when it comes to next-gen videogames, I'm always anticipating a little bit more. Yet, the size of the map and the 24-hour clock are two features which are impressive. 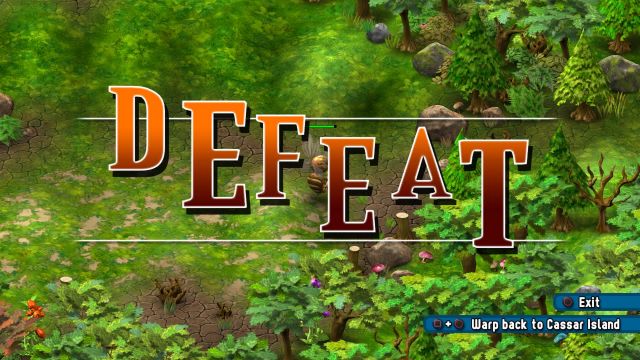 Moving on to the battle element of the game. At the start of the game, you have four choices of the play style your character will be: careful and secured, well supported, forward looking or adventuresome. Each option has different benefits and weaknesses compared to the other choices. Now, the premise behind each encounter involves choosing whether your character will attack, move or defend. Should you choose to attack, for example, you can move in a certain direction one turn at a time. After you make your move, your foe is then next to take their turn. Admittedly, it is straightforward and upon defeating a number of foes, there is a sense of deja vu when going into battle. However, allies can assist you in duels and you won't always find yourself one-on-one against your foes, so there are clear steps to try and mix it up. Early on, this was problematic because being outnumbered in battle was difficult. Undoubtedly, this is a style of combat that will divide opinion, but it adds a tactical element to duels that is perhaps overlooked in videogames.

Furthermore, one aspect of this game that really took hold of me was the charm and elegance of its simplicity, mostly in regards to the visuals and soundtrack. I can always offer games mitigating factors, even with minor details. In this instance, Rainbow Moon is no exception. Its enchanting dazzle reminded me in some respects of Golden Sun, which was one of the first games I played growing up and that sense of nostalgia was very pleasing for me. Now, you don't have to necessarily butt heads with every foe in the game. Enemies can be avoided altogether, unless they block an essential route whereby the only way of progression comes by way of approaching and defeating them. Also, if you come across a campfire, you can choose to stay safe during the night and rest until morning. These small perks added to Rainbow Moon give it a little more depth and strategy.

The dialogue has improved from the previous title and the visuals are more vivid and vibrant, but they aren't overly exciting. Yes, you have to take this kind of game and look further within to judge it, but I wasn't blown away by superb graphical detail. Other than that, there aren't many additions to speak of in Rainbow Moon. That isn't a criticism as such, because this game is a solid instalment and does what you would expect from an RPG. There is even a cross-save feature as a nice bonus. I have seen this feature on other videogames and I find this to be a nice addition. On the surface, the re-release of Rainbow Moon lends itself to the more ardent RPG fan, but it also has some perks and elements that are engaging for the more casual gamer. The cross-save feature is a nice perk, and there are plenty of quests and dungeons to discover to keep you occupied. Indeed, it isn't the most stand-out game around, but it is very good at what it does. Add to this its reasonable price of £11.99, and what you get with Rainbow Moon is a great value for fans and newcomers alike.

Rainbow Moon is an in-depth game with nice visuals. It offers plenty of game time to those who are familiar with the RPG genre, but I also believe it would not deter those who are not familiar to games of this ilk. Battles can be a chore to begin with, but with time, Rainbow Moon shines through.

Rainbow Moon is an in-depth game with nice visuals. It offers plenty of game time to those who are familiar with the RPG genre, but I also believe it would not deter those who are not familiar to games of this ilk. Battles can be a chore to begin with, but with time, Rainbow Moon shines through.